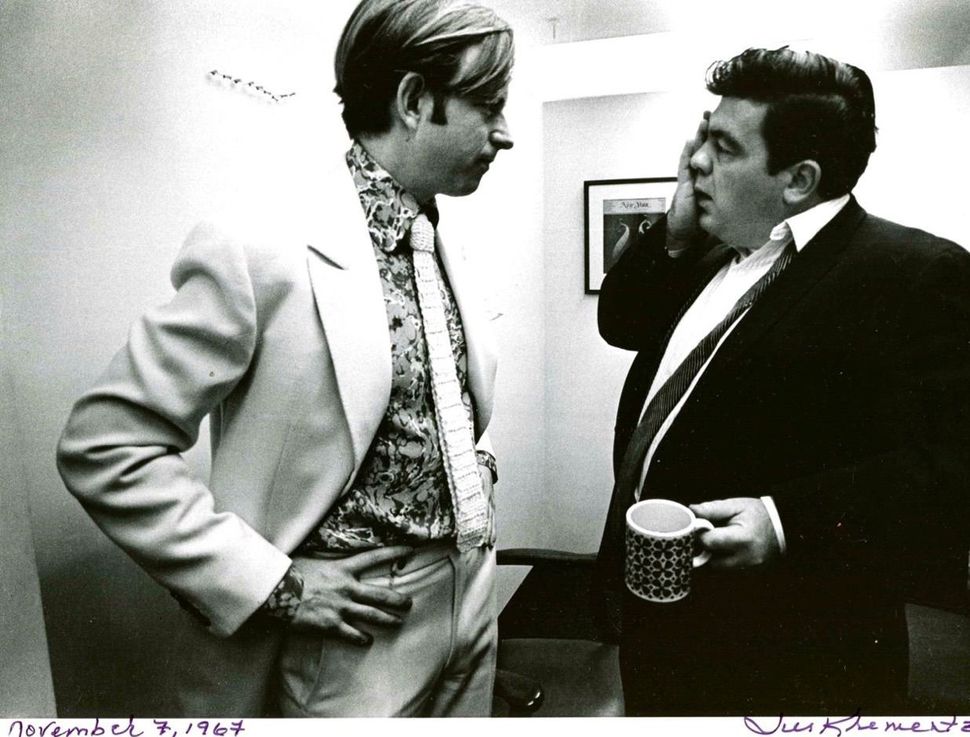 Jimmy Breslin was an enemy of the people — at least those people who abuse their power to dash the American dream.

I first encountered Breslin, who died last week at age 88, in December 2000. I had just launched an online syndication marketplace, Featurewell.com, to fight the effort by many publishers to seize the digital rights of freelance writers in exchange for — nothing. Traditionally, independent journalists kept their copyright and would profit if other magazines and newspapers reprinted their articles. My company, which paid writers the majority of revenues from such sales, arguably gave colleagues a reason to negotiate for their digital copyrights. But to succeed, the bootstrap operation needed big-name writers to sign on.

So I wrote to Jimmy Breslin, who was then at Newsday. It was a physical letter — he did not have an email address at the time, as I recall. I expected never to hear from him, for a big shot like him would surely toss my missive in the trash, or have his assistant do it. But two weeks later, the phone rang. “Yeah, Jimmy Breslin,” he announced. I repeated the site’s premise, complaining about the greed of publishers. “F—k ‘em,” Breslin growled loudly.

We were in business. 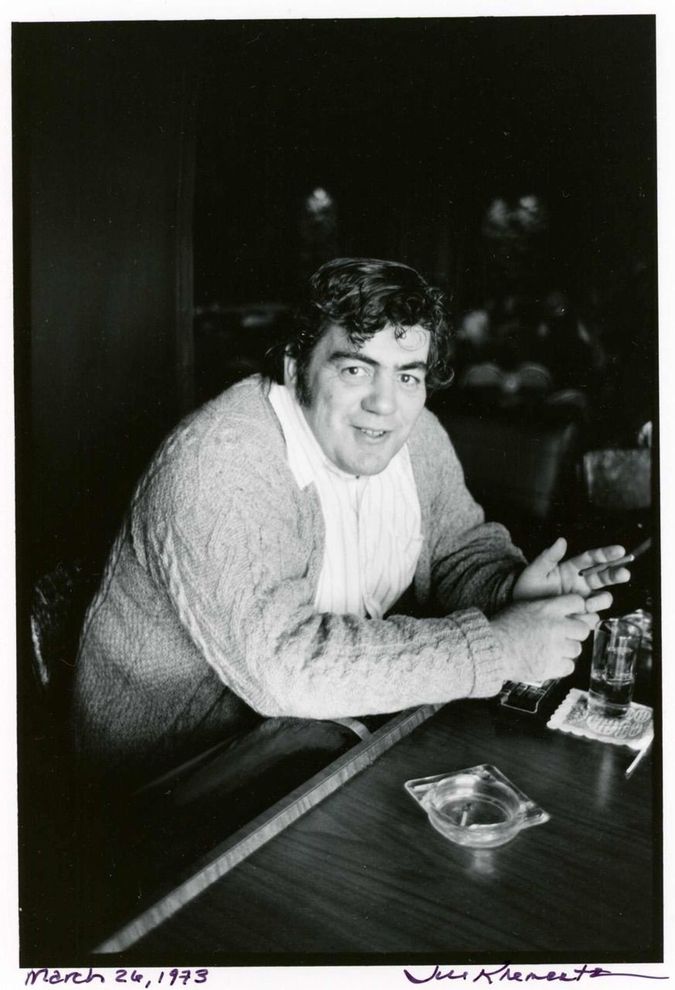 The fax machine soon spat out Breslin’s column, double-spaced, titled The Spotlight Is On Ali Again. I retyped it to post it online. Breslin imbued most of his stories with history, rich detail, colorful dialogue and difficult truths. This column was no different. While many applauded the former boxer — addled by Parkinson’s disease — for publicly presiding over the New Year’s Eve ball drop in Times Square with then-Mayor Rudolph Giuliani, Breslin did not snap on his party hat.

He started by recalling the “first hot night that Muhammad Ali came to Times Square” as an 18-year-old Olympian, and recounted his laudable career like a highlight reel. But then Breslin, a longtime boxing fan, threw a haymaker at those who had enabled Ali to fight for far too long.

And now they will shout into the night that here is the greatest, and the politicians will guffaw and fawn and Ali will appear in Times Square, as they once put other heroes in carnival sideshows, and nobody will be embarrassed that he can’t walk or talk.

In another vintage column from early 2001, Crossing The Border Into Ruin, Breslin wrote about poor Mexican immigrants in Brooklyn. He took as an example Andres Perez, 17, the year’s first murder victim, who was, Breslin noted, “not the first to be sent home in a box from Brooklyn to Puebla, Mexico.”

Breslin attended Perez’s funeral, relating a conversation with his brother Benjamin Perez, who stood “at the top of the flight of stairs over a store called Special Touch and talked softly about the murder…. He said the family had been here from Puebla for seven years now,” Breslin continued. “He said his brother was about to enter his last term in high school. He didn’t know the name of the school.” 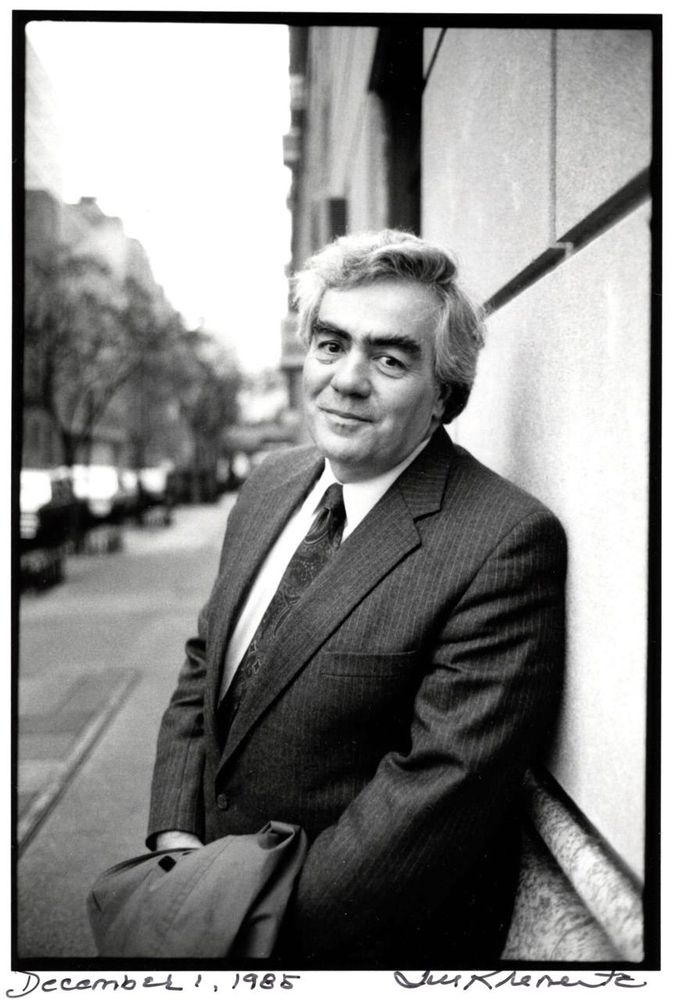 Breslin deployed his flair for language and precise detail to embrace readers and lure them into the story but then slap them with a salient point:

“Their idea when they came here was to make money and send it home for something of value, a house, an extension on a house, and then go back to Mexico. They work here off the books for $6 and $7 an hour, endless hours, and while that seems to border on slavery up here, it is vast riches in Mexico. The trouble with these plans to get home is that they never get there.”

The day after 9/11, as a gray cloud of death hung over lower Manhattan and the air smelled like burning tires, Breslin crisscrossed the city, paying tribute to those from here and beyond striving to salve a wounded city. On a sidewalk by Ground Zero, he caught up with Steve Casey, a volunteer fireman from Maryland who sifted rubble by hand and took a break from his brutal mission by momentarily resting his “head back onto a blanket roll that served as a pillow.”

Breslin interviewed a Plaza Hotel doorman who was fruitlessly trying to help iron workers at the pit, and who got his inspiration to serve from Howard Stern’s call for listeners to volunteer. On the Upper West Side, he found “the beauty of the city, a magnificent crowd” outside the Red Cross hoping to donate blood for victims who wouldn’t need it. “Young people sat on the ledge in front of the building and filled in forms and looked like a beautiful class taking an exam,” he wrote. He started that gripping column with a memorable line: “Yesterday, the city belonged to those who do real work.”

For many decades, Jimmy Breslin did the real work of journalism. He got off his ass and slogged to funerals and accident sites and crime scenes behind the yellow tape (and plenty of dive bars) to piss off the privileged and champion the unfortunate, relentlessly attacking the former and lifting up the latter. At a time when the pursuit of page views reigns supreme, and the White House rails against the press in a cynical campaign to devalue our work, Breslin’s impressive, important life reminds many of his colleagues, including this one, that there’s so much more work to do.

The Forward wishes to thank Jill Krementz for allowing us to reprint her photos of Jimmy Breslin.