The Rabbi Refused To Do What? 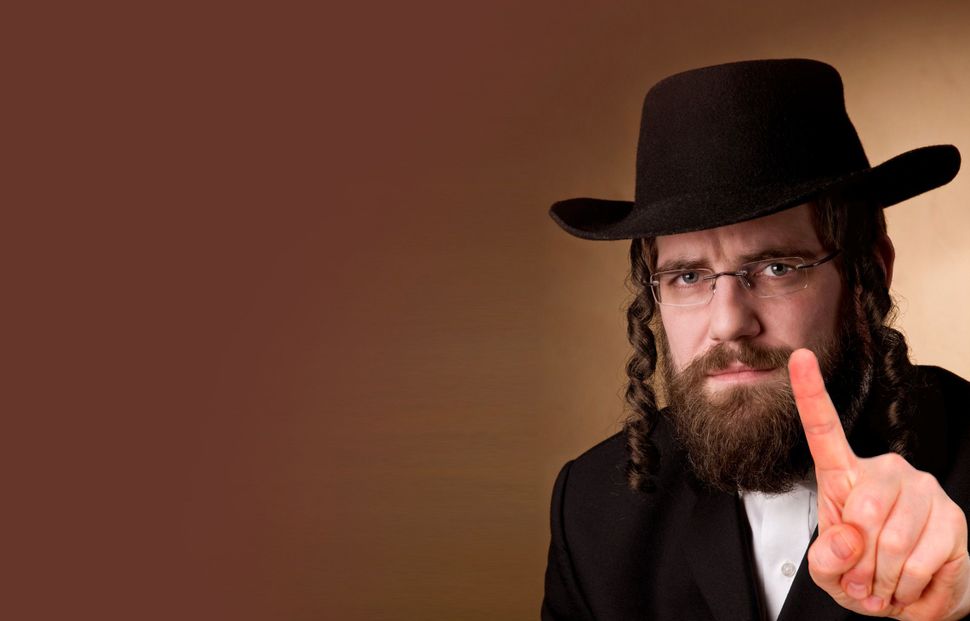 The year was 1968, and I was senior at Hewlett High School, on Long Island. I was a jock, Liz Adams was a cheerleader, and it seemed like a perfect match. We liked the same music and we made each other laugh, so it was only natural that we go out. On a date. Maybe a movie. Perhaps to the diner for a hamburger and a pile of very greasy fries afterward.

I knew this would present a problem for my parents, in particular my mother, who had a nasty habit of incessantly repeating her problems to my father until they inevitably became his problems.

“Because she’s not Jewish, that’s why.”

“Mom, there’ll be a whole group of us. I may not even pay for her. We may not even sit next to each other. In fact, there’s an excellent chance that we’ll go to theaters in different towns.”

“Look, if you don’t start, you won’t get involved!”

“You want to go out with her? Fine. Just move out first!”

Perhaps her position was in deference to my grandparents — immigrants who’d fled the growing persecution in Europe and bristled at even the slightest hint of assimilation. Or maybe because she really felt so strongly about a dogma that she would actually choose it over the love for her child.

Either way, I was not about to accept this decree without an appeal to a higher source: Rabbi Saul Teplitz — our spiritual leader, whose sermons’ recurring themes of brotherhood gave me every reason to believe he’d be able to knock some sense into my mother.

So I called his office, scheduled an appointment, put on a sweater I thought a rabbi would appreciate, went to see Teplitz and stated my case. Not only did he side with my mother, he actually called our house and told her to keep an eye on me. Net result? My parents grounded me for a month; I eventually saw “The Graduate,” with Gail Maidenbaum, and I vowed that someday I would get even with Teplitz for violating the sacred “rabbi/kid who wants to date a shiksa” confidentiality rule.

Fast-forward 10 years. I am a writer on “Saturday Night Live,” and my colleagues, Al Franken and Tom Davis, pitch an idea for a commercial parody about a car that offers such a smooth ride a rabbi could circumcise a baby in its back seat while the “elegant Royal Deluxe II” was in motion. When they needed a name for the rabbi, I suggested Teplitz.

In those days it was my custom, after an arduous workweek on SNL, to speak to my parents on Sunday nights before things started to get hectic again the following day. So the night after that commercial aired we spoke, and all seemed okay until the phone rang the next morning.

“Now, you did it!” my mother yelled at the top of her lungs. “Now the beauty screwed up everything!” “I just spoke to you last night and everything was fine,” I told her. “What could I possibly have done while I was asleep that pissed you off so much?”

To put it succinctly, Passover was starting that evening, so my mother went to synagogue and saw Teplitz. He’d heard how his name was used on television and was so angry that he refused to buy my mother’s hametz.

“The rabbi refused to do what?”

“Now what am I going to do?” my mother wailed. “I have rye bread, I have bagels, I have pretzels, I have…”

“You mean buying hametz is an elective …”

“Alan, your brother’s getting married at that temple.”

“So what’s Teplitz going to do? Spit on the food?”

So I called him and explained that there was a misunderstanding, that I actually meant another Rabbi Teplitz.

“There is no other Teplitz!” he bellowed. “I am the important Teplitz.”

Apparently, he was right. Since the days he torpedoed my campaign to see “The Graduate” with Liz Adams, he had risen to such national prominence that when the leaders of the three major faiths assembled at the Camp David Accords, Teplitz was the Jewish representative.

“But I haven’t apologized.” 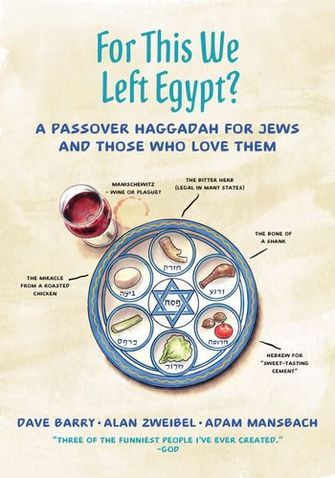 Image by Courtesy of Flatiron Books

“Tell me, did you ever go out with that girl?”

“But our 10-year high school reunion is coming up, and if she’s there I’m going to ask her to marry me.”

“Boy, for a rabbi who’s been to Camp David you’re wound awfully tight.”

Alan Zweibel, an original “Saturday Night Live” writer, has written a number of books. His latest, co-written with Dave Barry and Adam Mansbach, is a parody of the Haggadah, “For This We Left Egypt?”

The Rabbi Refused To Do What?