If You Only Read One Chapter Of The Bible, Read This 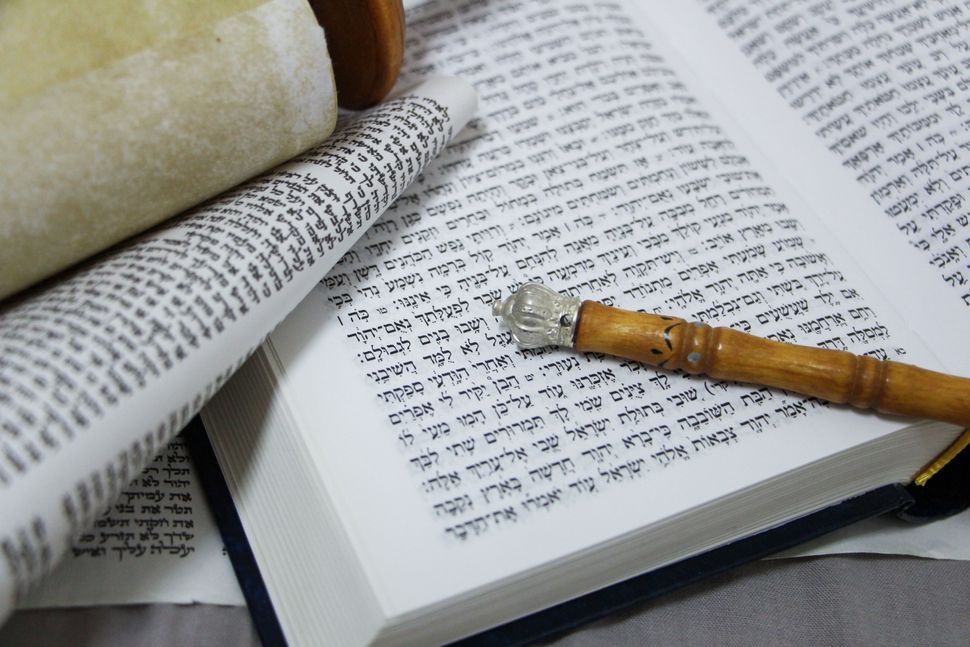 In synagogues around the world on April 1, the annual Torah reading cycle will turn to the book of Leviticus. I am looking forward to it. Few synagogue goers or Bible readers seem to share my enthusiasm.

Not that the Bible is usually boring. Over the past few months in synagogues, we read Genesis’s highly textured and grandly structured stories of the families of Abraham, Isaac, Jacob and Joseph. Then we heard the monumental stories of the plagues, the Exodus from Egypt, the splitting of the sea and the giving of the Ten Commandments at Mt. Sinai. In coming weeks, however, we will listen to the intricate description of the consecration of the priests, from the excruciating details of the sacrificial and slaughtering practices for sanctified animals, to the elaborate design and construction of the Tabernacle. For many modern congregants, the change is as drastic as turning the channel from a Star Wars movie to a recitation of an IKEA instruction manual. So they tune out.

This is a shame because the Book of Leviticus is not only revolutionary but also brilliantly clever. Like all other books in the Bible, Leviticus takes on idolatry which is best understood as the attribution of supernatural power and authority to finite people and things. This is not immediately apparent since Leviticus describes sacrifices which were the mode of worship of ancient idolatrous societies. But this superficial similarity is the very means by which Leviticus completely subverts the idolatrous approach to sacrifice and replaces it with a moral lesson.

Leviticus reverses the social inequality that idolatrous sacrifice entrenched. Each of the differences would have sent a clear message to the ancients: all humans are equal before God. Only animals and plants could be sacrificed. In other cultures, the powerful sacrificed powerless humans, including children. Common Israelite worshipers or priests consumed the overwhelming majority of the sacrifices. In the rest of the ancient world, the gods or the priestly class alone ate the food. Leviticus notes matter-of-factly that a king or prince would make a particular kind of sacrifice if he sinned before God. In the ancient world, the king was the representative of the gods and was indeed somewhat of a god himself.

Leviticus abolishes the supremacy of ritual and submission that idolatrous sacrifice extolled. In the ancient world, sacrifice consisted of a bribe performed to appease the fickle gods. Without rituals such as animal sacrifices, disaster to one’s crops or family could be expected. In the Bible, sacrifice atones for bad actions and uses symbolic associations to remind the offeror to do good. In fact, one could only offer a sacrifice after having made actual amends. Thereafter, when an Israelite brought a goat to repent for a sin, they made the figurative link. The sacrifice referred to the goat that Joseph’s brothers slaughtered to cover up their sale of Joseph into slavery. When a calf was slaughtered for sacrifice, the golden calf was again being symbolically ground up and swallowed as it had been after the Exodus. Through that process, as in the days of old, the previous sinless state could be regained. When a ram was to be offered, it re-enacted the drama of Isaac’s moment on the altar just before Abraham swaps him for a ram. The living, breathing animals took the place of the offeror. Talk about a jarring reminder of the importance of our conduct, and yet no person got hurt.

Leviticus’ main point is brought home in another stylistic coup. The central part — the heart — of the book of Leviticus is Chapter 19. If you are only willing to read one chapter of the Bible, read this one. If you do and follow it, you will lead a moral life and make this planet a better place. Chapter 19 is not about sacrifice. Instead, it lists the many actions that one should do and not do in order to act morally in our personal life, business life and communal life. It describes how every time we are confronted with a moral decision, God is there as the eternal witness. With the unexpected placement of these laws at the heart of a priestly code, the book makes its point for the ancients with masterful elegance. Right action, not sacrifice, is truly how we become holy.

Yet a deeper level of Leviticus’ message was left for us moderns to discover. At the turn of the 20th century, the British anthropologist and writer Mary Douglas noticed something missed throughout the millennia. A careful reading of Leviticus uncovers a myriad of word markers and use of vocabulary connections allows one to redraw the Tabernacle based on these markers. For example, the use of the word “Sinai” is a hinge that demarcates each section. Amazingly, Leviticus is itself a coded blueprint! To enter the holiest section of the Tabernacle, one must pass the part of the blueprint indicated by Chapter 19. This is where the symbolic presence of God resided. This chapter thus underscores the point that we are in God’s presence anytime we make a moral choice. Leviticus’s exciting and perhaps frightening message is that we must go beyond priests and rituals to get to the essence of our relationship with God: moral action.

This was and remains our Holy of Holies.

Scott Shay is Co-founder and Chairman of the Board of Signature Bank of New York. He is the author of “Getting Our Groove Back; How to Energize American Jewry” (Devora, 2008).

If You Only Read One Chapter Of The Bible, Read This