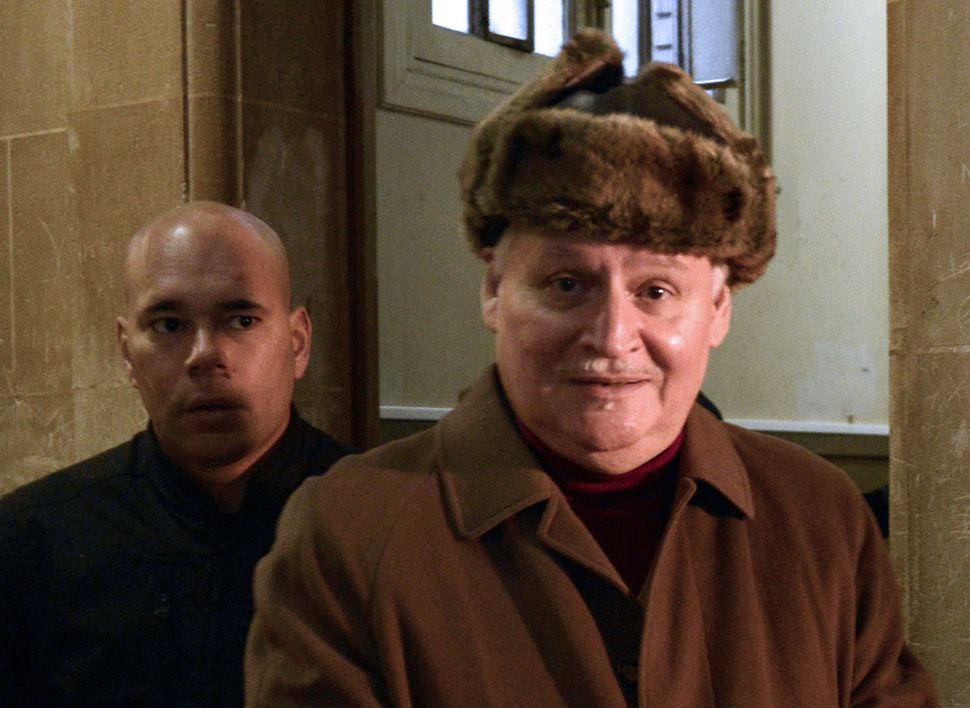 Carlos the Jackal in 2013. Image by Getty Images

A French court recently sentenced the world-famous terrorist Carlos The Jackal to life in prison for the third time. The crime: killing two people and injuring 34 others in 1974 when he hurled a hand grenade into a Paris shopping mall.

Before the Islamic State group, before Al Qaeda, there was Carlos The Jackal. In the 1970s and ’80s, the erudite Venezuelan was the most wanted man on the planet.

Few, if any, knew what he looked like at the time. His real name, we believe, is Illich Ramirez Sanchez, but it is a very common name and who can know for sure. The name, however, is irrelevant – it is the persona he adopted that is important. Carlos was a master of disguise, a genius at blending in.

Eventually he settled in Beirut and joined the Palestinian Front For The Liberation of Palestine’s as chief of operations.

But I met him at the Intercon Hotel in Budapest during the days of the Iron Curtain. I had been teaching and conducting research at the time. When you live in a hotel for an extended stay, your room feels cramped so you use the lobby as your office and living room. It was there, in the lobby, that Carlos and I became hotel buddies.

I assumed, given his sophisticated manner and speech, that he was a British industrialist. He was charming and engaging. We sat together and chatted about world events for hours. Me, in my crocheted kippah, and he in what I now know to be his disguise_du jour_.

Only years later, after his arrest and seeing his mug shot on the cover of every newspaper in the West, did I realize who I had been sharing tales and the International Herald Tribune with so blithely.

He was a gentleman who happened to be a cold-blooded mass murderer. Yet his demeanor enabled him to mingle with all kinds of people. That is unlikely to happen today. Today’s terrorists are motivated by hate. They defend themselves and their ideals by murdering as many people as possible.

Unlike today’s breed of terrorist, Carlos The Jackal was motivated neither by religious values nor by eschatology – the end of days. He followed his ideological goal and was often contracted and subcontracted to do a job.

Fredrick Forsyth’s 1971 thriller, “The Day Of The Jackal,” and the 1973 movie by the same name gave insight into the character, the charm, the plotting, the charisma and the murders perpetrated by Carlos The Jackal. While it was a novel, not a history book, Forsyth painted a true picture of the terrorist/assassin.

During his multiple trials since being captured Carlos has gained a reputation for delivering long speeches to explain himself and his ideology.

In the most recent trial, he waxed on about how ridiculous it was to try him now for an act that took place 34 years ago. Of course, he understood that in France there is no statute of limitation on on murder, but on and on and on he spoke. Like his English, his Spanish and his Portuguese, his language skills in French are superb. He speaks these languages like a native with no hint of an accent — one of the tools of his deadly trade.

Terror has evolved through the years. Before Carlos, the PLO and the PFLP and their ideology, terrorists were politically motivated, they were anarchists. They assassinated U.S. Presidents like McKinley and world leaders like Arch Duke Ferdinand and bombed Wall Street in 1920. They were, even then, so dangerous and violent that the United States banned all anarchists from entering the country.

Today, most terror is no longer political and ideological. There are still Timothy McVeighs and Unibombers, but they are anomalies. Today, most terror confronting the United States, Israel and the West emanates from Islamic sects like ISIS and al Qaeda, Hamas and Hezbollah – groups that have perverted Islam and use their acts of terror as a tool to defend their ideals and recruit others to embrace their vision and join their fold.

There is something to be said for the days when terrorists were more “professional.” Yes, they murdered innocents and they were harder to capture. But back in the day terrorist leaders did not send their flunkies to commit suicide by strapping on suicide belts or driving trucks into crowds. There was a level of skill, even a craft. Not any more.

Carlos the Jackal represents the end of an era.

Micah Halpern is the author of “Thugs: How History’s Most Notorious Despots Transformed the World through Terror, Tyranny, and Mass Murder.”