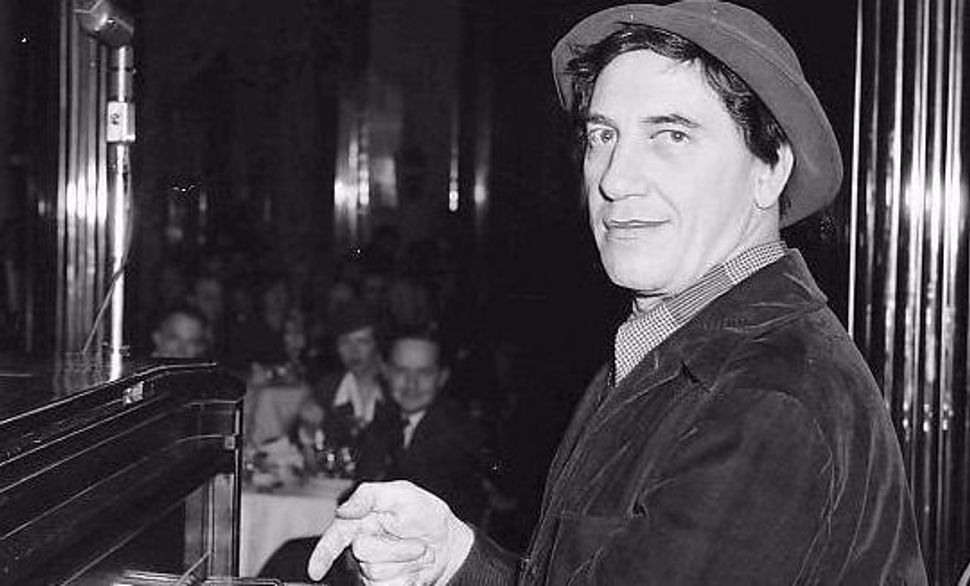 On trial in “Duck Soup” for stealing war plans from the wealthy Mrs. Teasdale, Chicolini, played by Chico Marx, hears Mrs. Teasdale say, “But I saw you with my own eyes!” As she has.

“Well, who you gonna believe?” Chico shoots back. “Me or your own eyes?”

There’s a reason that joke gets laughs more than eight decades later. Chico was lying. What he implies about the way liars work rings true.

After less than three months in office, Donald Trump has established himself as the Chico Marx president. Time after time, he gets away with claims that those paying attention have seen to be false with their own eyes. That was true about the “bus tape” we heard and saw. It was true about Inauguration crowd figures in the face of aerial photos. It was true about the numbers of unemployed contradicted by hard numbers we can see online.

And now we hear it in his reaction to the April 3 chemical attack in northern Syria, especially his dangerous claim that the attack was a “consequence” of Barack Obama’s “weakness and irresolution.”

Let me be clear. I do not write about what policy we need to stop the Syrian genocide, a complex question that rightly dominates the news. I actually support the limited air strike launched, probably with Russia’s tacit assent this evening.

My field is speech. I write speeches, write about speeches and teach speech. I usually content myself with looking at the techniques of persuasion in a nonpartisan way.

But telling the truth is also part of persuasion. In over four decades of my interest in this issue, I have never seen any president ever make claims so false, so often and so dangerous, as Donald Trump.

And with Syria, his unapologetic insistence about what we have heard and seen with our own ears and eyes has reached a dangerous new low.

Why is his knee-jerk response to the Syria massacre so outrageous?

Let’s start with the verifiable. When, in 2012, Barack Obama spoke about the poison gas attacks by Syria’s president, he was unequivocal about his belief that the United States should respond. I remember this well, because I was in Vietnam to run a workshop for its diplomats. We spent most of the day examining that speech.

I remember the passage where he rightly asked for congressional approval. And I remember the opposition by a Republican Congress — by senators like Rand Paul, who said, “It’s a mistake to get involved.”

Oh — and by a brash New York reality TV star who tweeted this: “Mr. PRESIDENT. DO NOT ATTACK SYRIA — IF YOU DO MANY VERY BAD THINGS WILL HAPPEN.”

Americans in 2013 overwhelmingly opposed intervention. After a few days it was clear Congress wouldn’t approve. Presidents cannot use force when both the country and Congress disagree. Instead, Obama won an imaginative agreement with Russia to deprive Syria of the weapons they had used.

Meanwhile, an air strike is not a strategy. So what does Trump mean by saying, “I will take care of it?” Does he mean to act further without congressional approval? Or is he just too ignorant to see the implications — like a response from Russia, Syria’s ally? Either way, this is a lie that matters.

“Is that what speech writing is like on the inside?” one of my students at American University asked hesitantly, probably because he knew if I said yes it might mean truth did not matter to me.

“No!,” I barked, louder than I intended. Later, I tried to play devil’s advocate with myself.

After all, I’m a Democrat who worked in the White House for Al Gore. Of course, I experience cognitive dissonance, the impulse to disregard views from those we know are on the other side. Of course I have the impulse to attack them for things we excuse in ourselves. Is Trump doing anything my side doesn’t?

But partisanship has nothing to do with this. The nonpartisan Politifact examined more than campaign claims from Trump and Hillary Clinton. They found 63% of Trump’s false — and 14% of Clinton’s. The rigorously even-handed Washington Post fact-checkers made Trump “Whopper King” of the year.

Did we think the breathtaking falsehoods of the Trump campaign would vanish after Election Day? That this president might tell the American people more truths once in office? It hasn’t happened.

What to do about it?

At this point you might expect me to offer what editors expect op-ed writers to offer: three crisp concluding paragraphs to propose actions reporters must take.

Reporters, by and large, are doing what’s possible. They can’t use the word “lie,” which implies they know the president knows the truth. But they use the word “false” many times. The Chico Marx president has not let up. 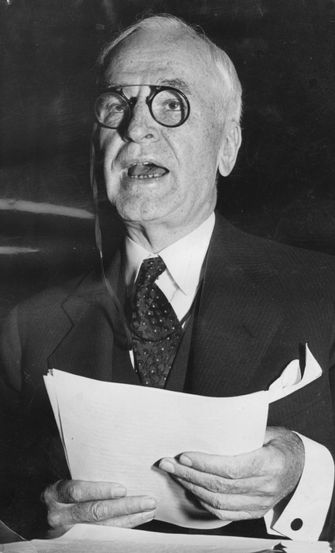 US Secretary of State Cordell Hull, 1941. Image by Getty Images

And in case readers might think words are less important than bullets or canisters of nerve gas, rewind to another debate over another whopper: that Allies didn’t bomb the death camps in World War II because we couldn’t “divert” aircraft from fighting the war.

In fact, scholars know the Allies “diverted” aircraft and troops many times during that war. We diverted planes from attacking Kyoto because of its “artistic treasures.” General Patton once “diverted” troops to rescue the famous Lipizzaner dancing horses in Austria. Only Auschwitz was exempt.

Researchers by now have turned up enough memos to see the real worry — including the fear that the Nazis would offer to turn over millions of Jewish refugees to the Allies. That was a burden Franklin Roosevelt’s administration didn’t want, including Secretary of State Cordell Hull, who personally thwarted efforts to save imperiled Jews.

These memos are also available to our own eyes. It’s tough to face lies when presidents tell them. We should have then. And we should today, as Syrians begin burying their children.

An air strike won’t “take care of it.” Trump counts on us to disregard what we hear, see and know. His approach to us is exactly what Chicolini’s was to Mrs. Teasley.

The difference: Chico only wanted to make us laugh.