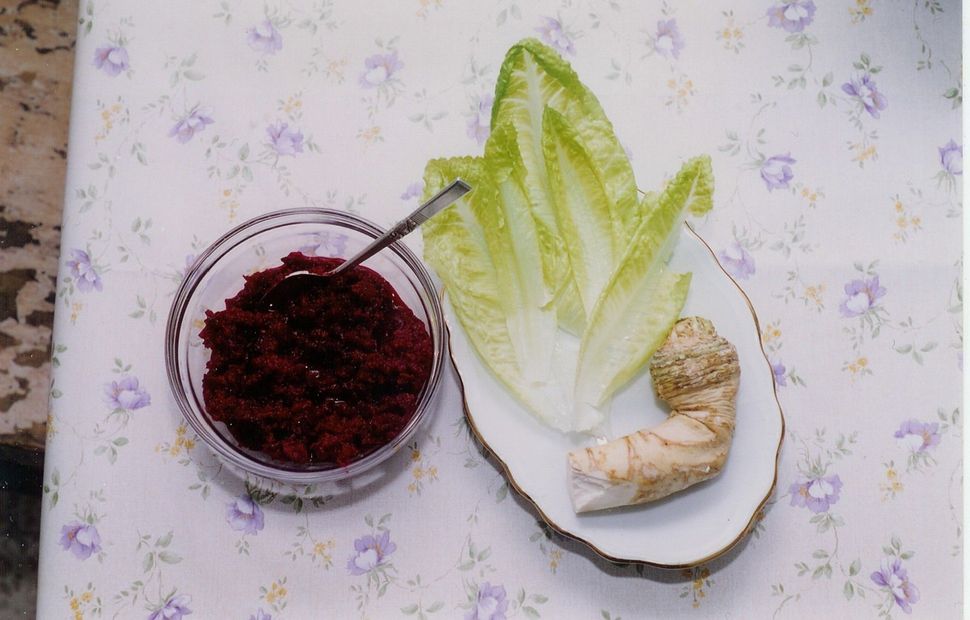 We will soon join together with friends and family to honor Passover, a tradition which begins with the proclamation: “Let all who are hungry come and eat.” This invitation, presented in eight simple words, speaks volumes about the Jewish value of caring for the most vulnerable among us. Although we no longer invite strangers into our homes for a meal, the Seder reminds us, year after year, that we are a people grounded in this value and that we have a responsibility to uphold it.

As we are buffeted by proposals and declarations of policy by the President and Congressional leaders, all claiming to represent the moral high ground, it has never been more important for us to recall our roots. We cannot afford to ignore our teachings or fail to remember that we were once an oppressed and hungry people.

On March 17, the White House released its “Budget Blueprint to Make America Great Again.” In it, the President proposed massive cuts to domestic programs—the largest in more than 50 years—in order to pay for $54 billion in increased defense spending.

This “skinny budget” does not directly reveal its potential impact on those struggling with food insecurity. Proposed cuts to feeding programs such as Meals on Wheels and the Special Supplemental Nutrition Program for Women, Infants, and Children (WIC) might seem, at first blush, to be relatively modest. But we cannot consider these in isolation. A deeper look reveals a problematic truth: many of the programs that would be zeroed out are ones that target economically distressed communities and/or directly benefit low-income households. For example, cuts to the Department of Housing and Urban Development (HUD) will impact programs that help families keep a safe roof over their heads. Similarly, cuts to the Department of Agriculture (USDA) slash targeted investments intended to help resurrect rural communities that have been devastated by the economic downturn.

We must also bear in mind that this “skinny budget” addresses only discretionary programs—those that are funded by Congress each year through the appropriations process. In mid-May, the President will release a more comprehensive budget, which will include his recommendations for funding of our nation’s safety net.

It’s chilling to contemplate that the current proposal is likely a prelude of deep cuts to essential entitlement programs like the Supplemental Nutrition Assistance Program (SNAP, commonly referred to as food stamps). SNAP is a highly effective program that assists tens of millions of Americans who struggle with food insecurity. SNAP supports work, promotes long-term health and well-being, contributes to our economy, lifts millions of people out of poverty, and provides vital assistance to the most vulnerable in our society.

Across the United States, more than one in eight men, women and children struggle to put food on the table. These families, who live on the margins, already have to make impossible choices about how to spend their limited funds. This is a consistent refrain from those interviewed by MAZON for a multimedia exhibition that is currently touring the nation titled “This Is Hunger.” Ashley, a military spouse and mother, told us that “food is the first place I cut because the consequences are too great if I don’t have gas money so my husband can get to work.” The top priority for Marilyn, a senior citizen, is to pay for medication “because we need [it] to stay alive. That leaves very little money for food.” Virginia, who is raising five grandchildren, shared, “Every month, it’s robbing Peter to pay Paul.” Tens of millions of Americans who face difficult circumstances like Ashley, Marilyn and Virginia cannot afford to suffer further financial losses.

Make no mistake: the cuts that the President proposes will lessen the amount of money low-income families have at their disposal and make their already impossible choices that much more pronounced. We must be prepared to fight to protect the vital programs that protect them from devastation. We must not be overwhelmed nor daunted by the challenge this fight presents. We cannot allow our elected officials, from the President to members of Congress, to permanently damage the fraying fabric of our social safety net.

As we gather to honor the Passover story, so too must we come together to protect our nation’s most vulnerable. We simply cannot afford not to.

Abby J. Leibman is president and CEO at MAZON: A Jewish Response to Hunger, a leading national advocacy organization working to end hunger among people of all faiths and backgrounds in the United States and Israel.