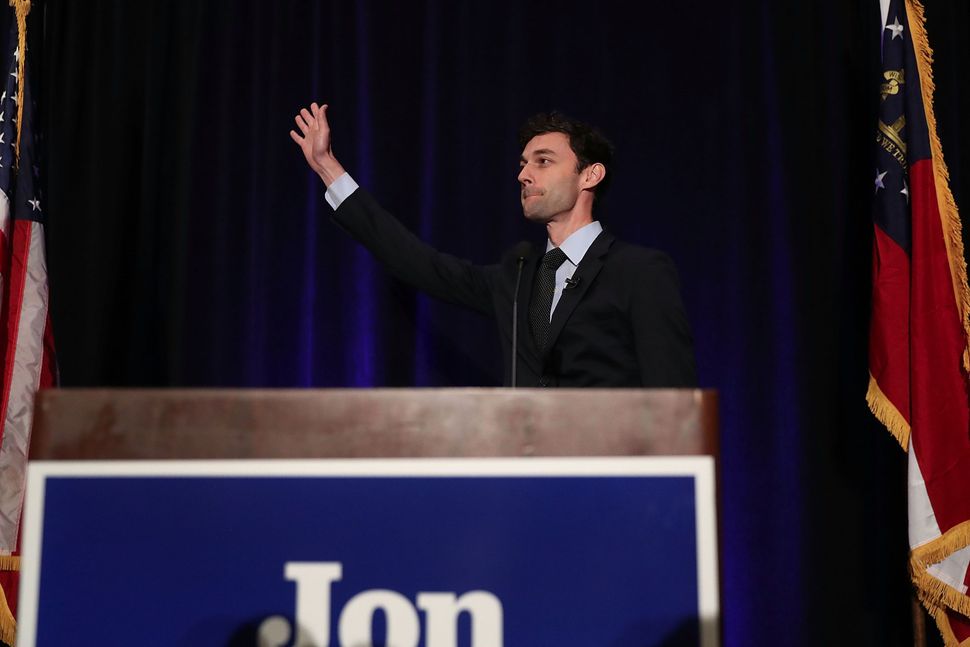 Democrat Jon Ossoff, who placed first in the special election for Georgia’s sixth congressional district with 48% of the vote but who needed 50% to avoid a runoff, overcame a great deal of adversity.

The 30-year-old political neophyte beat back charges that he didn’t live in the reddish district, which previously elected the likes of Tom Price and Newt Gingrich. The NRA falsely accused Ossoff of growing up in dreaded Washington DC in a commercial. Meanwhile, Republican attack ads showing him as a college student cavorting in a Han Solo costume only seemed to improve his star power. 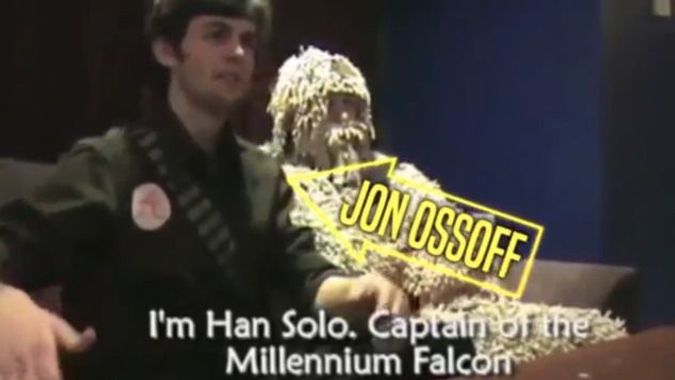 But some competitors in the race sought to burden Ossoff with one more handicap: his religion.

And in the Atlanta area, one’s belief system can spell trouble for someone, as it did more than 100 years ago.

After all, it was in Atlanta where the infamous Leo Frank case occurred. It’s a story that former Democratic Georgia Governor Roy Barnes, who works with the Anti-Defamation League (ADL) told my students at a talk about one year ago.

Frank, a Jewish executive at the National Pencil Factory, was accused of murdering 13-year-old Mary Phagan back in 1913. He was convicted on evidence so flimsy that the outgoing Georgia Governor overturned the death sentence, commuting it to life in prison. A mob chased Governor John Slaton from office, and then turned their wrath on Frank, dragging him from prison and lynching him. Then ringleaders helped restart the Klan. Evidence shows Jews in Atlanta faced a great level of insecurity after this incident.

Though Georgia is hardly a hotbed of anti-Semitism, as it was in the days of Leo Frank, five years ago someone painted a swastika on a public utility unit right near my house, not far from the district Ossoff hopes to represent. I painted it over, and it has never reappeared.

And at Augusta collegiate campuses, and others across the country, leaflets touting “protection of European heritage” or “European Christian heritage” have recently been distributed. The languages merits scrutiny. When I moved to Georgia in 2001, the term “Judeo-Christian heritage” was far more common.

Will Kremer, reporting for georgiapol.com, observed that one of the Republican candidates in the race, Mohammad Ali Bhuiyan, wrote on his campaign’s Facebook page, “As you know, Jon Ossoff (an Orthodox Jew) has already accepted millions from special interest groups and will be under the control of Jared Kushner (Trump’s Son-in-Law) and in turn under the control of Donald Trump.”

Other Facebook posts also highlighted the “connection” between Kushner and Ossoff.

Bhuiyan, a Muslim Republican who ultimately won a scant .022 percent of the vote in the special election, also took shots at the Atlanta Journal-Constitution at a candidate forum, calling it a “Jewish-owned newspaper.”

Ossoff, who marketed himself as a moderate, also found it necessary to criticize the “deeply offensive” words from his political mentor, Rep. Hank Johnson, who labeled Jewish settlers in Israel as “termites,” according to the Atlanta Jewish Times. But that didn’t keep the Democrat from being accused of having ties to Al-Jazeera, “a mouthpiece for terrorists,” in a commercial funded by a super PAC affiliated with House speaker Paul Ryan (Ossoff’s documentary film production company counted the cable channel as a client).

By and large, the election was conducted professionally, with little mention of Ossoff’s religion — until he opened his large lead. Did that help or hurt him? On one hand, the former congressional aide received more than twice as many votes as the four more politically experienced Republicans who finished after him; Ossoff came within a whisker of winning outright in a district that hasn’t elected a Democrat to Congress since 1979.

On the other hand, who knows if Ossoff just barely missed the 50% mark because of the injection of his Jewish faith into the contest.

John A. Tures is a professor of political science at LaGrange College in LaGrange, Ga. He can be reached at jtures@lagrange.edu. His Twitter account is JohnTures2.