This Week In Anti-Semitism: Troll Attacks And Hitler’s Birthday 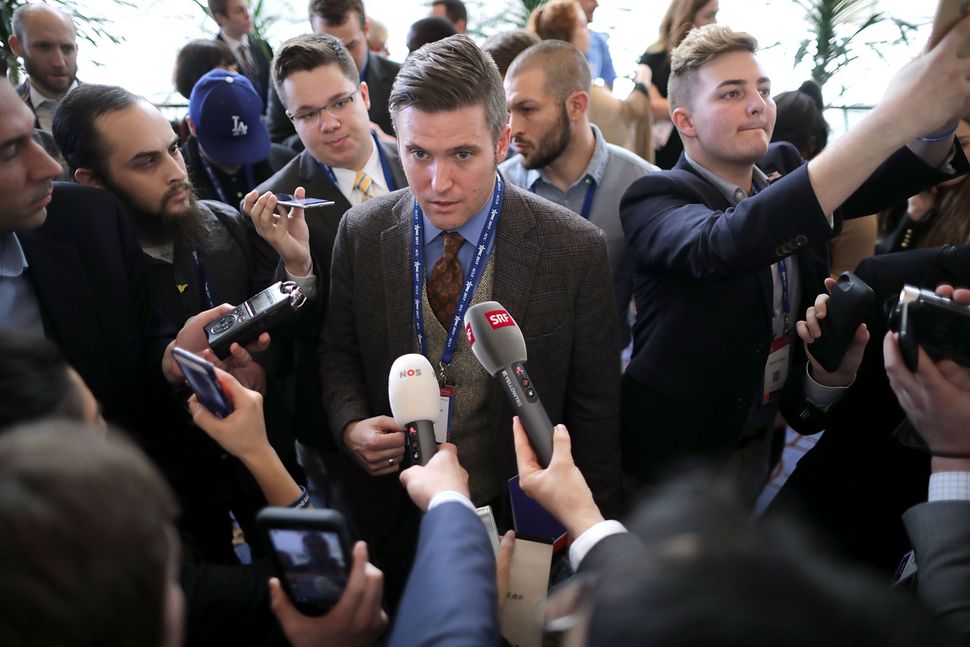 After a satire website published a fake interview with the French-Jewish philosopher Bernard-Henri Levy, Levy received scads of anti-Semitic comments on Twitter. The fake interview, which was intended to satirize Levy’s criticism of left-wing French political candidate, Jean-Luc Melanchon, invented a quote by Levy which states, “I cannot agree to a 90-percent taxation of my revenues. The Jews, as we all know, are rich.” Melanchon supporters used the hashtag #BHL to berate Levy with anti-Semitic slurs and memes. Melanchon’s party, Unsubmissive France, has been boycotted by the Representative Council of French Jewish Institutions (CRIF).

2. A motorcyclist in Brooklyn handed out anti-Semitic flyers.

In a heavily Hasidic area of Williamsburg, a man riding a motorcycle tossed flyers containing anti-Semitic cartoons, reported the NYPD. Taking place in the middle of Passover, the cartoons referred to the Holocaust as “a myth” and described Jews as “born nation-wreckers” to accompany racist cartoons and swastika drawings. The NYPD’s Hate Crime Task Force is investigating the incident.

3. A New Jersey elementary school was defaced with swastikas and anti-Semitic slurs.

Police are investigating drawings of swastikas and racist slurs painted on a boarded up building in Mahwah .

On April 20th, White supremacists and anti-Semites flooded the Internet with celebrations for Adolf Hitler’s 128th birthday. The Daily Stormer altered the banner of their website with a picture of a birthday saying, “Happy Birthday Adolf Hitler.” On the Richard Spencer-founded website altright.com, a post celebrated his birthday with a post entitled, “The Peaceful Origins of Nazi Violence.” Twitter was particularly active in sending its regards to Hitler:

April 20 1889- The most significant figure and the greatest leader of all time was born. Happy Birthday Adolf Hitler pic.twitter.com/JEyki2wthC

5. A Jewish real-estate agent filed a lawsuit against a Neo-Nazi website.

The Southern Poverty Law Center is filing a lawsuit on behalf of Tonya Gersh against Andrew Anglin, the founder of the anti-Semitic website The Daily Stormer after Anglin allegedly unleashed among his followers an online “terror campaign” against her and her family. Gersh helped white supremacist Richard Spencer’s mother sell her home in Whitefish, Montana, following the backlash regarding her residency there. Two weeks later, however, Spencer’s mother accused Gersh in a blog post of extortion. The Daily Stormer published a story about the allegations, asking its followers, “Are y’all ready for an old fashioned Troll Storm?” Gersh and her family proceeded to receive more than 700 anti-Semitic and homophobic correspondences.

Steven Davidson is an editorial fellow at The Forward

This Week In Anti-Semitism: Troll Attacks And Hitler’s Birthday