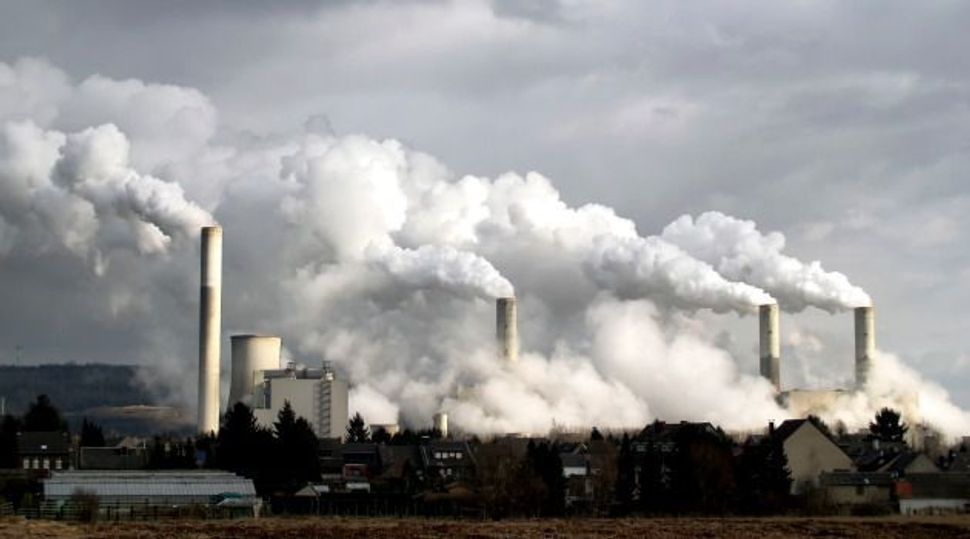 This past weekend we stared down the Apocalypse. It’s not yet clear which side came out ahead, but we’re still breathing, which is pretty good.

In France, the first round of the two-part presidential election ended with first place going to the only plausible candidate in the 11-person field. The first-place winner, banker Emmanuel Macron, still has to face the runner-up, far-right xenophobe Marine Le Pen, in a second round in two weeks. Still, there’s now a better-than-even chance that Le Pen won’t become France’s next president. That means the European Union and NATO will survive for now, and there just might be a future for liberal democracy and Western civilization, notwithstanding the recent successes of Brexit in Britain and Donald Trump, um, here. That’s pretty good, too.

Admittedly, we’re setting a very low bar for anything resembling hope for the future of humankind. But it’s better than the alternative.

Even leaving France aside, you may have come away from recent days with a sour feeling in your stomach, especially if you get your news from The New York Times. The nation’s newspaper of record chose this weekend to bombard its readers with what felt like a torrent of stories reporting that the end of the world is near. Literally.

The awful-news torrent was partly a tribute to Earth Day, which fell on Saturday. The Times marked the day by featuring several large spreads on climate change — 13 articles in all, including seven short but punchy pieces filling three pages in the Sunday Review section and six long pieces taking up the entire features section of the Times Magazine. All of them appeared on line on Friday and in print on Sunday. A 14th Friday piece by Op-Ed columnist David Leonhardt, titled “Climate Change Is Now,” summed up the climate reporting package and discussed its importance.

What set the Times’ weekend climate change package apart from typical climate coverage was its immediate, experiential and emotionally charged tone, combined with its overall mood of gloom. Departing from the usual litany of explanatory science and reporting on new research, it focused on concrete, real-world processes that are unfolding now or are about to happen around us as a result of climate change. They range from deadly mosquito-borne epidemics, once tropical but now migrating northward, to familiar cities regularly flooded because of rising sea levels.

Nor is there a happy ending here. There’s nothing much we can do to stop the mosquitos, it becomes clear. The one major technological breakthrough that’s described, a still-untested plan to spray the atmosphere with aerosol particles that bounce the sun’s rays back into space, could end up causing more damage than it cures, its developers fear.

Framing the entire package is a frightening front-page essay in the Sunday Review by environmentalist Bill McKibben, titled “The Planet Doesn’t Have Time For This: President Trump is in charge at a critical moment for dealing with the climate crisis. We may never recover.” McKibben’s point: Trump has taken or is planning a series of steps to reverse climate-friendly policies, slash crucial research and boost high-carbon fuels like coal, all of which will raise global temperatures during the critical last minute window for avoiding disaster. Four years from now, if Trump has his way, we will have passed the tipping point after which cascading disasters can no longer be stopped. The subheading on the inside spread tells the tale: “Tax cuts and executive orders can be reversed. The effects of President Trump’s environmental policies cannot.”

Coincidentally or not, the Times magazine’s opening essay, separate from the climate package, is a social-psychology analysis titled “Panic Attack.” “Anxiety,” the article begins, “has become not just a psychiatric condition but a political one — it’s the diagnosis of the moment for all that’s wrong with America.”

Before we conclude, let’s dispel with the notion — borrowing from former presidential contender Marco Rubio — that the Times’ end-of-the-world panic attack is all climate-related. This same weekend saw a number of high profile articles about the international scene that are no less alarmed. The Times’ Beirut bureau chief, Anne Barnard, contributed a lengthy news analysis titled “Syria Changed The World,” arguing that the seven-year civil war has changed the face of global politics for the worse and even threatened the global social order.

Syria’s agony has shattered the relatively recent taboo on governments brutalizing and killing their own people with impunity. It’s paralyzed the United Nations Security Council, overwhelmed aid agencies and upended diplomatic and even moral assumptions. Most of all it’s unleashed a massive refugee migration that has destabilized European societies, helped to erode popular trust in democracy and contributed to the rise of far-right parties that in turn are threatening the very survival of the post-World War II liberal democratic consensus.

The apparent collapse of that liberal democratic consensus was Times columnist David Brooks’ Op-Ed essay on Friday, just before the weekend, modestly titled “The Crisis of Western Civilization.”

Brooks writes that the “Western civilization narrative,” encompassing individual rights along with “reasoned discourse,” “property rights” and “shared mission,” has been battered by skepticism from the academic left and authoritarianism on the right. “The first consequence,” Brooks writes, “has been the rise of the illiberals, authoritarians who not only don’t believe in the democratic values of the Western civilization narrative, but don’t even pretend to believe in them, as former dictators did.” We are “leaving the age of Obama, Cameron and Merkel and entering the age of Putin, Erdogan, el-Sisi, Xi Jinping, Kim Jong-un and Donald Trump.”

We see “governments, including the Trump administration,” that “begin to look like premodern mafia states, run by family-based commercial clans.” The center has collapsed, along with “the basic fabric of civic self-government” and even “faith in the West.”

Brooks isn’t predicting something that might happen, but describing what has already happened. And he doesn’t seem to see a way out.

Speaking of Donald Trump and hope for the future, The Washington Post reported on Sunday — the same day as the French election — on a new Post-ABC News poll showing that as President Trump approaches his100th day in office, he is “the least popular chief executive in modern times” — though his base voters “remain largely satisfied with his performance.”

Now, none of that is surprising. What does shock is a tidbit buried in the second-to-last paragraph: If Trump and Hillary Clinton faced off in an election today, Trump would win the popular vote, 43% to 40%.

If you haven’t been feeling despair up to now, this seems to be a good time to start.