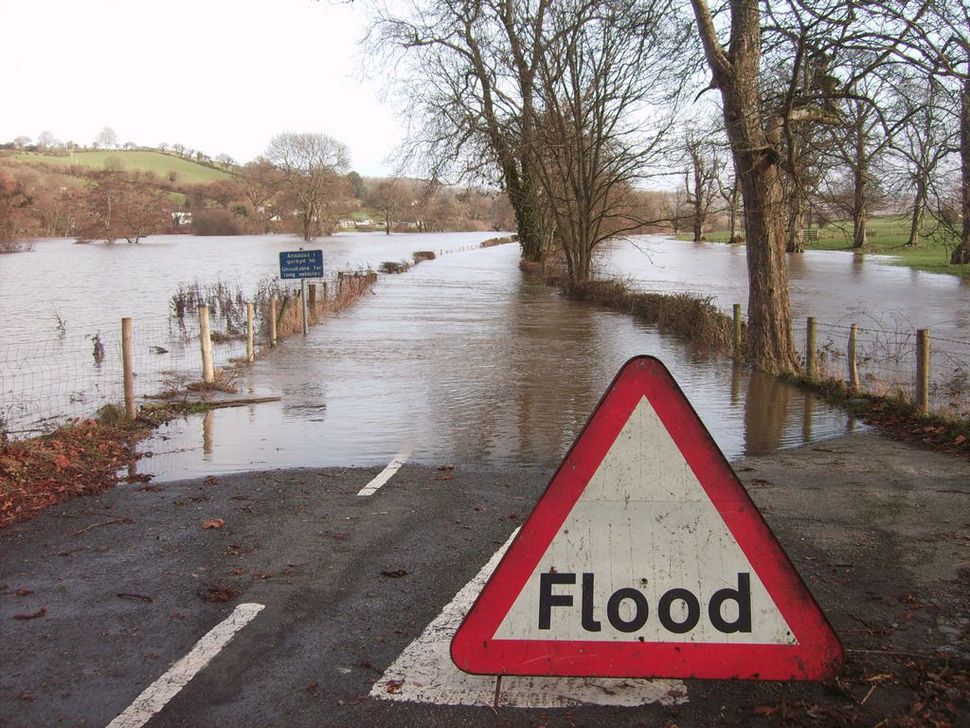 There’s a strange, largely unnoticed inconsistency in the Trump administration’s approach to making and remaking policy.

Don’t get me wrong — inconsistency has been the rule at nearly every juncture in the chaotic first months of Donald Trump’s presidency. From health care to immigration, from NATO to Australia to the Middle East, measures have been slapdash, ill-considered and incomplete — a stab here, a feint there, sometimes successful, sometimes not, sometimes backfiring altogether — and then a late-night lurch toward the next target. It shouldn’t have surprised us, given Trump’s erratic history.

But the inconsistency hasn’t been consistent, if you follow me. In one arena Trump has been decisive, methodical and thorough to a degree that’s utterly out of character. That arena is climate change. He’d been on record for several years calling climate change a Chinese “hoax” to weaken the American economy. During the campaign he vowed to undo Barack Obama’s supposedly “job-killing” climate initiatives and free the energy and transportation sectors from irksome emission rules. Now he’s following through.

From the standpoint of national interest, to say nothing of the planet’s future, Trump couldn’t have picked a worse target for his first foray into competence. If he were to succeed in any of his other preoccupations, whether reorganizing health care or closing the borders, it would cause hardship to millions and even death to some thousands. Continuing his current path on climate change, however, will eventually threaten the habitability of Planet Earth. We’re already getting a taste: desertification and famine in East Africa, rising sea levels threatening coastal communities from Oceania to California, tropical diseases like Zika migrating northward, storms growing intensity. And this is just the beginning.

The worst is centuries away. America isn’t solely responsible and can’t do it alone. But America is essential to any rescue effort. Without leadership in Washington there would be no worldwide effort, even a halting one such as emerged from the United Nations’ Paris climate conference a year ago. If America reverses course now, other nations will start abandoning the effort, emulating us by opting for immediate gratification over long-term survival. The bottom will fall out of the global effort and the planet will be locked into its downward spiral.

Fighting climate change was supposed to be one the landmark achievements of Obama’s first term, along with health care reform. A comprehensive bill passed the House of Representatives in 2009, but a companion bill died in the Senate in the summer of 2010. That November the Democrats lost both houses of Congress, killing the chances of further legislative action. Obama’s patchwork of executive orders was meant to pick up the torch in the absence of congressional support.

The issue had an urgency because of the United Nations’ decades-long, Sisyphean struggle to adopt a global climate accord. When Obama entered office in 2009 a framework was finally taking shape. A deadline was looming in the form of the international climate conference scheduled for 2016 in Paris. However, China, the world’s biggest emitter — after overtaking America in 2007 — appeared unwilling to undertake the costly emission cuts in the accord if America wasn’t taking the lead. So Obama decided to go around Congress and implement by executive action what the legislative branch refused to do.

Obama’s climate initiative consisted of dozens of distinct programs salted throughout the departments and agencies of the federal government, most of them instituted bureaucratically or by presidential executive order. Many observers believe Obama’s purpose in scattering the programs was to make it hard for a Republican successor to locate and undo them. Trump seems to be rising to the challenge, though.

There was an early glitch in December, when Trump’s transition team tried to collect names of Energy Department staffers working on climate change issues. Faced with an outcry, they had to back away almost immediately. Since Trump’s inauguration, though, he’s taken two sweeping steps to disarm or dismantle most major federal government climate programs.

One is contained in the administration’s proposed budget framework, released March 16. Of the budget’s $54 billion in domestic spending cuts, perhaps one-fourth is targeted specifically at immobilizing or entirely eliminating the main Obama climate programs.

The catalogue of specific spending cuts in the Trump budget offers the clearest possible evidence of the difference between Trump’s anti-climate commitment and his scattershot approach to other issues. The cuts that aren’t aimed at climate programs are a hodgepodge of random targets throughout the federal bureaucracy, with no pattern or strategy except to reach $54 billion, the amount by which Trump wants to increase military spending. The climate program cuts stand out as the one systematic pattern in the stew.

Trump’s other main climate initiative: his March 28 executive order, which repeals Obama’s main executive orders on climate. Trump’s order begins a process of unraveling Obama’s most sweeping climate program, the Clean Power Plan of 2015, which imposes emissions limits on power plants and restricts use of coal.

The new order also lifts a ban on coal-mining on federal land. And it directs government agencies to look for rules and policies on their books “that serve as obstacles and impediments to American energy independence” — meaning they impede the burning of fossil fuels that overheat the planet.

Fighting climate change is a complicated task even in the best political environment. It requires four distinct strategic campaigns: First, reducing emissions of greenhouse gases, mainly carbon dioxide. Second, developing alternative fuels and technologies to replace carbon. Third, preparing communities and infrastructure to cope with the destructive changes that are already underway. Fourth, accelerated research to understand the interlocking processes threatening the planet, to identify possible responses and estimate how much time we have left before planetary overheating reaches a tipping point and becomes unstoppable — if it hasn’t already.

Each of the four tasks is excruciatingly complex. Finding a plan to tackle them that could win the signatures of 194 nations, as the U.N. did in Paris in 2015, was a monumental accomplisment. Trump has not yet announced any plan to withdraw from the Paris accord, but that might become moot if and when his proposals drive American carbon emissions back up above the levels to which we’re committed by treaty.

In effect, that would mean that the world’s most powerful nation has left the treaty framework, whether or not it formally withdraws. It’s a prospect that has government leaders, civil society activists, diplomats and scientists around the world frantic with worry.

Even if Trump’s assault does conjure up a few more jobs in planet-polluting industries like coal and oil — a conjuring that is highly doubtful — it comes with an intolerable cost that will be borne by our grandchildren and our grandchildren’s grandchildren. That should frighten all of us.

Jonathan Jeremy “J.J.” Goldberg is editor-at-large of the Forward, where he served as editor in chief for seven years (2000-2007).