This Week In Anti-Semitism: Venezuelan Jews Flee, Hillel Stands Up To Hate 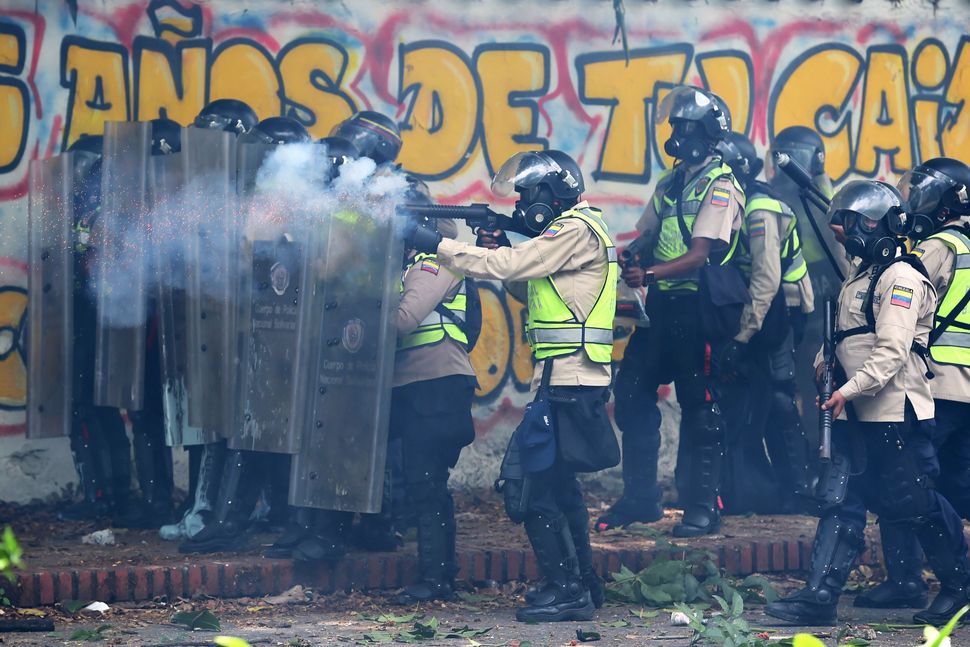 Amidst a failed economy, food shortages, and anti-Semitic harassment, increasing numbers of Jews are leaving Venezuela and immigrating to Israel. Hostilities against the Jewish community under the previous Chavez regime have continued under President Nicolas Maduro, particularly as Venezuela’s economy has spiraled out of control. Approximately 80 Venezuelan Jews have immigrated to Israel in the past year, with many finding their new home the first occasion in which they can celebrate their Judaism. “I can wear a kippa here and fit in,” said Avraham Ben Gigli, a recent immigrant, to Taspit Press Service. “In Venezuela, the nearest synagogue was at least a 30-minute drive from my house.”

SUNY Plattsburgh Hillel held a silent stand-in on Tuesday in response to neo-Nazi fliers posted around campus on Holocaust Remembrance Day. “This stand in,” said Hillel President Arin Cotel-Altman, “is for anyone who has ever felt victimized, put down or made fun of for who they are or what they believe in.

Campus police are still determining who were the source of the fliers. Though free speech laws render the flyers legal, the spread of such hate is unacceptable, said SUNY Plattsburgh President John Ettling. “These flyers do not represent our values,” said Ettling. “As president, I will work to ensure that hatred will not find a place here.”

Vandals defaced a building containing community service support groups and non-profits in Spokane, Washington with anti-Semitic and racist graffiti on Friday. Scrawled on the building walls were epithets such as “Gas the Kikes,” “Juden Raus” (Jews Out) and proclamations that “Hitler did no wrong.” Last month, racist and anti-Semitic flyers were also posted on the building.

He’s back. NYC city council candidate Thomas Lopez-Pierre gained widespread coverage last week for his statementsrailing against “greedy Jewish landlords” for “engag[ing] in ethnic cleansing of black and Latino tenants.” In response to the ensuing outcry, Lopez-Pierre remarked, “Too bad. I don’t care.”

In an interview last Friday with the Jewish Telegraphic Agency (JTA), Lopez-Pierre asserted that his remarks aren’t anti-Semitic. “If they were Italian, I would say Italian,” he said, reiterating that Jewish landlords were engaging in ethnic colleagues. “Your colleagues in the Jewish media, they don’t want to talk about this,” he said to JTA. “But maybe you have a pair of balls. I’d be impressed.”

Seizing on the public backlash, Lopez-Pierre raised $5,000 with a crowdfunding campaign pretending to oppose him.

At a gas station in Missoula, Montana, white supremacist propaganda was found on Sunday posted on several gas pumps. Anti-Semitism has increasingly been an issue in the area. A local synagogue requested police protection in November and in nearby Whitefish, the home of alt-right founder Richard Spencer’s mother, the neo-Nazi website The Daily Stormer published the personal information of six Jews living there.

This Week In Anti-Semitism: Venezuelan Jews Flee, Hillel Stands Up To Hate