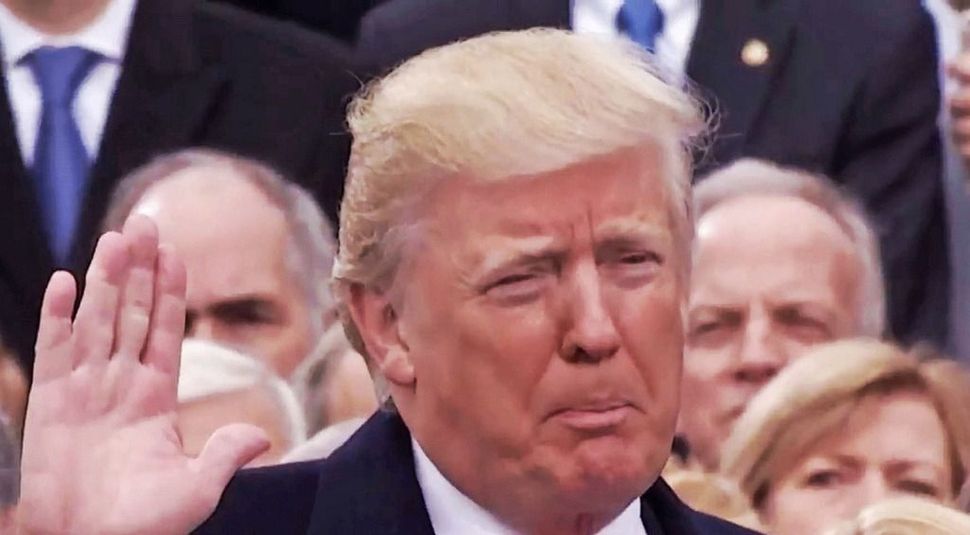 This article was published in English-language supplement of the Forverts on September 10, 1927.

Ever since, at the age of fifteen, I read “” in an unexpurgated edition, I have found it difficult not to see men as Yahoos. Especially difficult it is when the men are old. It is a well—known fact that many species of male animals show the approach of senility by a growing ferocity. Elephants displaying this defect are called “rogue” elephants; the herd, very wisely, expects them and they are compelled to live in solitude. In this respect human beings are less wise. “Rogue” men are made Cabinet Ministers, Bishops, Headmasters, Judges or Magistrates; speaking generally, they are given situations in which they have the maximum scope for their “roguish” propensities.

They are not always old; in some abnormal cases the type becomes fully developed at a comparatively early age. It is from such men that revolutionary leaders arise, since the old find revolutions uncomfortable. Marat and Djerjinsky (sic.) were of this type. But the immense majority of “rogue” men are old. The remarkable phenomenon is not their existence, but the fact that they are respected by the herd, instead of being expelled like their brothers among the elephants.

The immediate stimulus to these reflections was a report that I have just read of some remarks by a magistrate on two boys who were brought up before him for stealing toffee. No2 I want to clear myself, to begin with, from the charge of regarding such a crime lightly: I fully recognize the awful depravity of those who commit it. I confess that I, when a boy, committed it whenever I got a chance; so does my boy. I confess that all I say to him is: “Don’t try to hide it in your pocket because it is sticky.” But that only shows how little chance the poor child has of growing up with a proper horror of sin when he has such a depraved parent. After this, I hope no reader will think that I regard the stealing of toffee lightly of fail to realize the wickedness of boys who do it.

The two boys in question came before a magistrate who had a proper feeling for the sublimity of the moral law (see “Daily Herald,” August 13, 1927). He “shook his (un—) mitred locks and stern bespake: ‘A hundred years ago these boys would have been hanged.’” The father (evidently a misguided radical or socialist!) replied: “Times are different now.”

This was too much for the magistrate. In righteous sorrow he exclaimed: “Look what we are coming to! Many people do not want to work, but wish to live in idleness at someone else’s expense.” He was kind enough to give his own theory of education: “There is nothing like the cane. The only boys beaten now are the sons of noblemen at Eton and Harrow. When they do wrong they are whipped, and are all the better for it.” Much the better, yes! The Massacres of Amritsar, Shanghai, Shameen and Wan—hsien bear witness to their regeneration through suffering. I should not be surprised to find that Judge Thayer of Massachusetts enjoyed the benefits of corporal punishment in his boyhood.

In the same newspaper on the same day I read of a men of 72 sentenced to five years for stealing 8d (about 16 center). This is not an exceptional day: there is always something of the kind to be found in the press.

Some years ago, as a result of a hysterical agitation about the white—slave traffic, an Act was passed under which a man who lived on the immoral earnings of women could be flogged. Cases under this act are now seldom reported, but at first there were frequent accounts of the magistrate’s’ remarks, showing that they were at last entitled to inflict. I remember in particular one case of a man who married a prostitute because he loved her. After a time, she found monogamy too tame and returned to the occasional practice of her profession. Her husband tried to restrain her, but from genuine affection he could not bring himself to part from her. For this “crime” he was sentenced to be flogged by a magistrate who help him up as one of the basest of mankind. Was ever such a topsy—turvy world! For kindness and affection men are flogged; for sadism they are given position of power.

There are many reasons for this. One of the chief reasons is the general diffusion of the milder forms of sadism, causing admiration for men who practice cruelty in the ways that convention permits. To cure this defect it is necessary to reform education, and more particularly to refrain from teaching the tongue that everything connected with sex is sinful, for this teaching is the principal cause of sadism.

There is, however, another source, more easily dealt with, and that is the wholly mistaken respect which we show to the old. This is the outcome of an ancient and wide—spread tradition. Signor in Italian señor in Spanish, seigneur in French, are terms of respect meaning originally “older man.” A term with the same original meaning is used in the same way in China, and when a Peking beggar wishes to show respect to a possible almsgiver he calls out “Da Loo Yeh,” which means “great old sire.” Respect for the old exists throughout the world, but most where there is least civilization. Indeed its intensity may be taken as a measure of the degree of the barbarism in a community. 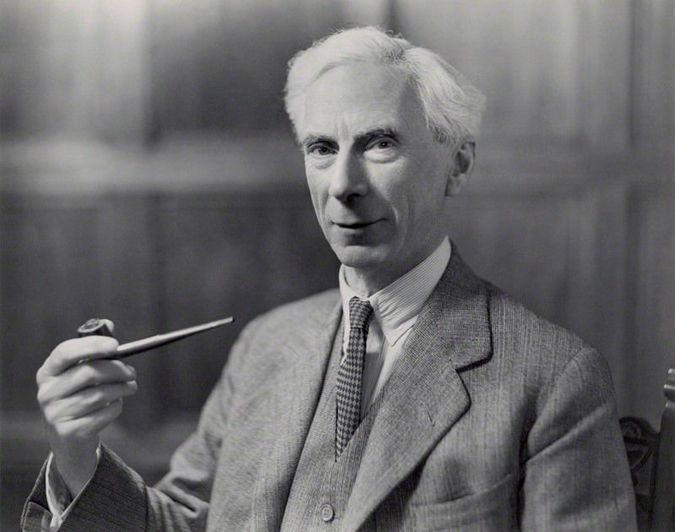 Where there is no organized scientific knowledge, respect for the old has a certain justification, since only experience teaches the sort of wisdom that is possible without knowledge. But in a community containing men with a training in science, the matter is quite different. A medical man, a university lecturer or a schoolmaster is likely to be far better equipped for his job at thirty than at fifty. At thirty, if he has ability, he has learnt what the most important men of his time have to say on matters that concern him. At fifty, after twenty years of success, he has achieved a position in which he can exact respect and make sure that no one exposes his ignorance. He has succeeded with a certain stock in knowledge, which he has been too busy to increase; now his self—esteem demands that he should think all other knowledge useless, os that he is bound to make light of the discoveries of the past twenty years.

It follows that in a society which respects age almost all positions of responsibility go to ignorant and pretentious humbugs. This, however, is not the worst of it. As a rule, such positions go to men who, in youth, sacrificed happiness to ambition. By the time their ambition is satisfied, they are too old for wholesome pleasures or honest happiness. They are therefore filled with envy of the young and with a longing to rob them of the joys of youth. This sadistic impulse takes the form of a high moral tone, and increases the respect felt for them by fools. Of all this magistrate who led me to these reflections is an admirable example.

One of the forms of this sadistic morality is emphasis on work, quite regardless of its utility. One magistrate exclaimed: “Many people do not want to work, but wish to live in idleness at some else’s expense.” But he wished to live at other people’s expense although instead of being merely idle he spent working day inflicting as much misery as the law allows — and that is a very large amount. Most of the elderly men who do conspicuous work that commands public respect are far more harmful than if they were idle, since, unconsciously, one of their purposes in all that they do is to prevent others from being happier than they are.

Happiness, I suppose, must be elusive and difficult, since so many people seem to miss it. But if I had the ordering of society I should have a committee of young psychologists to investigate every candidate for every important position, and reject him if they found evidence that he was not fundamentally happy, for without happiness kindliness is hardly to be found. And every post should be ispo facto vacated for any homily on the wickedness of the rising generation. Those who could be happy under this restriction would deserve to be entrusted with power; but very few of them would be old.