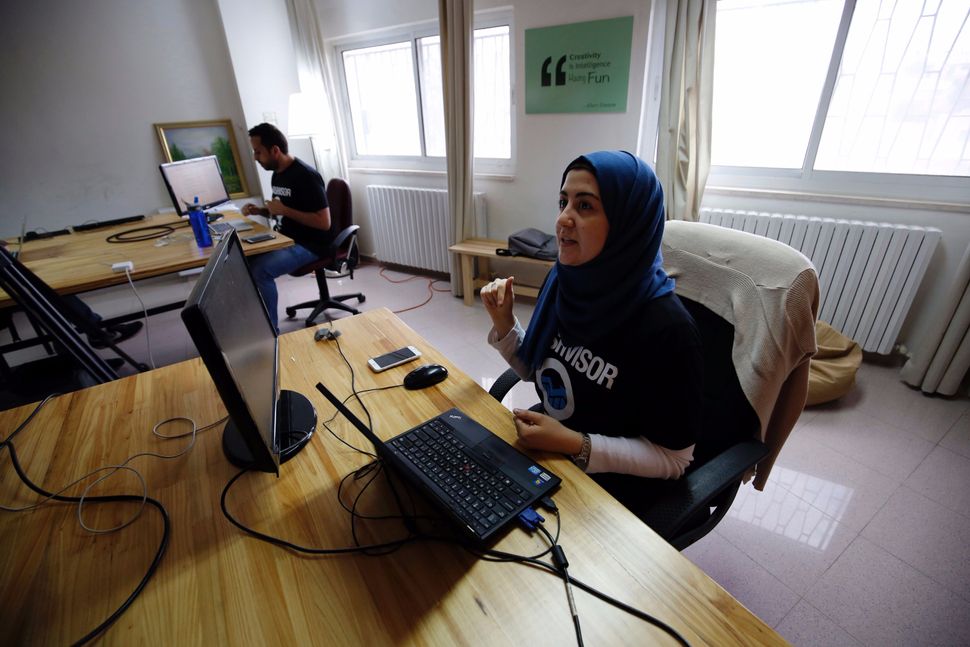 We Israelis recently celebrated our country’s 69th birthday. I have lived in Israel for 37 of those birthdays, since making aliyah from the United States in 1980.

I have worked extensively in economic development with Jews and Arabs in Israel. The key to fostering sound Jewish-Arab relations and a vibrant country is to look at Israel as a joint venture with majority and minority shareholders.

Today, Arab citizens — the descendants of Palestinians who stayed within the area that was designated as Israel in 1948 (“the Green Line”) — constitute 21% of the country’s population and make up about one of every four Israeli first-graders. Creating a more equitable society for the country’s 8.7 million Jewish and Arab citizens is vital for Israel’s productivity, security and future.

Government leaders publicly reject this reality, precisely because it is undeniable. Earlier in May, the Cabinet approved draft legislation to change Israel’s Nationality Law, and Prime Minister Benjamin Netanyahu pledged to have the Knesset pass it this summer. The law disrupts the skillful balance set in the Declaration of Independence between Israel’s Jewish identity and democratic character. For example, the law would designate Hebrew as Israel’s sole official language; today, both Arabic and Hebrew are officially recognized.

In the 2015 elections, Netanyahu squeaked to victory, exhorting his supporters to go to the polls because the Arabs were voting in droves. In 2011 the Knesset passed the so-called “Nakba Law,” allowing the state to withdraw funding from institutions that commemorate Israel’s independence by remembering that it was accompanied by the fleeing and deportation of 700,000 Palestinians, whose descendants still live as refugees in Jordan, Lebanon, Gaza and the West Bank.

A struggle continues to limit the presence of Arab Israelis in the public space — whether verbal or on the land. This past March, the “Muezzin Law” was passed to limit the volume at which a mosque can broadcast its call to prayer. Two months earlier, in January, the Bedouin village of Umm al-Hiran was destroyed so that the Jewish town of Hiran could be built in its place — as part of Judaizing the Negev, Israel’s last frontier. A Bedouin man and a policeman were killed in the predawn violence of that evacuation; Interior Minister Gilad Erdan was quick to call the Bedouin, a math teacher in the local school, a terrorist for the Islamic State group. Weeks later, he retracted his statement when police footage indicated that the man may have been shot as he was trying to leave the village and before his van drove into a group of policemen. But the damage was done: In scores of media reports, the Bedouin were branded as terrorists and invaders on public land.

Israel’s joint venture is hardly equitable. About half (53%) of Arab Israelis live below the poverty line, as opposed to 22% of the overall population. Educational gaps between Israeli Jews and Arabs persist from early childhood through higher education. Inequalities in education — from unequal allocation of budgets; lack of sufficient classrooms, laboratories and facilities; larger class size — manifest in higher dropout rates, lower educational achievements and lower employment levels.

For Israel, whose main economic resource is its people, Arab Israelis are key to the vitality and growth of our society. Today, Arab citizens contribute only 8% of Israel’s total gross domestic product. The lack of equality causes an estimated annual loss ‎of around NIS 31 billion (US$8.6 billion) to the Israeli economy.‎

Recognizing the need to close gaps to build a strong economy, the Israeli government passed Decision 922 in December 2015 to equalize education, infrastructure and development budgets between Arab and Jewish populations. Billions of shekels have been allocated, and a national authority is overseeing implementation. This initiative represents an important shift in public policy.

When I founded the Center for Jewish-Arab Economic Development as a nongovernmental organization in 1988, few officials even recognized the problem, much less offered a solution. Back then, our advocacy for industrial parks in Arab towns fell on deaf ears. Today, 922 allocates 42.5% of all funds for new industrial developments — to Arab localities and regional industrial areas in which at least one of the localities is Arab.

Embracing Israel as a joint venture involves a paradigm shift: accepting and legitimizing the right of Arab citizens to live in equality and dignity in Israel, and not seeking to further limit the space they take up or their ability to influence the county’s future and identity. Looking ahead, I believe that we can, and indeed must, define and develop Israel as a vibrant joint venture that will serve all our children well.

Sarah Kreimer, who has worked for equitable Jewish-Arab relations in Israel since making aliyah in 1980, is the director of external relations for Beit Berl College. Her memoir, “Vision and Division in Israel: Forty Years of Activism on the Seam,”, was recently published by Blue Thread Press.