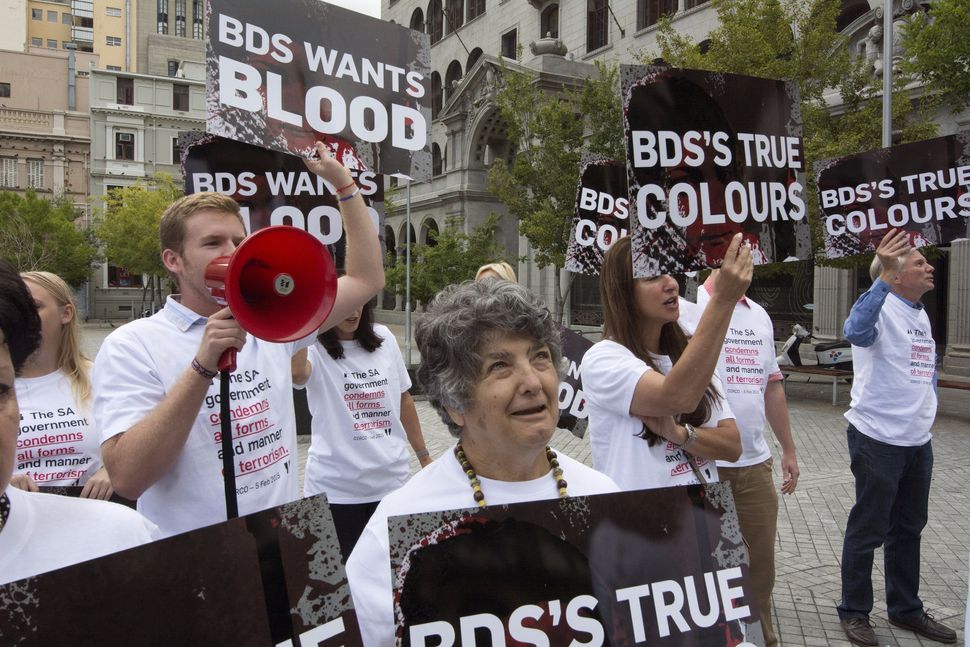 Fifty years have passed since the Six-Day War in 1967 and the beginning of Israel’s occupation of the West Bank and Gaza. For those of us who support the two state solution, and who work toward an end to the occupation, this anniversary is an opportunity for reflection and renewed focus.

Fifty years of occupation have devastated Palestinians and corroded Israeli democracy. At least ninety percent of Palestinians in the West Bank, Gaza, and East Jerusalem were born under occupation; far right-wing governments have controlled Israel for all but five of the last twenty years; Palestinians haven’t seen a presidential election since 2005; and attempts by each and every American administration to broker peace have failed. All of this has left Israelis and Palestinians cynical and frightened, and less willing to take the risks necessary for peace.

Prospects for a resolution to the conflict in our days seem so bleak that it is tempting to give up hope entirely. Still, history tells us that conflicts – even the most seemingly intractable ones – do end. France and Germany now share a currency and open borders, South African Apartheid is over, Northern Ireland is no longer tortured by sectarian violence and the United States now calls Japan one of its “strongest allies.” The resolutions of these conflicts were imperfect, but they remind us that the conflict between Palestinians and Israelis and the occupation of Palestinian territories can — and indeed one day, will — end.

Ending the occupation will require a massive upset of the status quo and no less than a sea-change in every aspect of the relationship between Israelis and Palestinians. This will be a long process. There are no quick fixes, and no single strategy will lead to success.

Israel’s ultranationalist government is hard at work entrenching occupation so that it will become permanent. Powerful coalition partners have urged Prime Minister Netanyahu to unilaterally annex parts of the West Bank and topple the Palestinian Authority, and while the Prime Minister may sympathize with some of these demands, he is savvy enough to understand that such aggressive moves might upset his power. Instead, he has pursued a series of policies intended to incrementally erase the Green Line.

In 2010, the Knesset passed, and the High Court upheld, a law making it a civil offense for an Israeli to call for, participate in, or publicly support any boycott of Israel “or any area under its control” – which includes Israeli settlements in Palestinian territories. This law was designed to punish Israeli artists and cultural icons who, because of their concern that the settlements were obviating the possibility of a two-state solution and thus threatening the very survival of Israel as a democracy, publicly called for their fellow artists to engage in a peaceful, nonviolent boycott of performing over the Green Line. And last month, the Knesset passed a travel ban that, like the 2010 bill, punishes not only those who publicly support a boycott of Israel, but also any “area under its control.”

In Israel, the settlements remain an incredibly controversial, contentious and divisive issue about which there is little or no national consensus, and those who oppose the settlement enterprise are well within their rights to call for a boycott. Indeed, their position is echoed outside of Israel by that country’s closest friends. The Obama administration deemed the settlements “illegitimate;” the Trump administration has said settlement expansion “may not be helpful.” The EU, Israel’s largest trading partner, gives Israeli products the benefit of “most favored nation” status, but refuses to include and label products from settlements as “Israeli” for those purposes. International law considers the settlements illegal. Even the Jewish Federations of North America prohibit funding “building or maintaining physical facilities” over the Green Line, though they do allow spending there under their policy of funding “social services for Jews in need wherever they live in the world.” Many Israelis, most of the world, and virtually all of Israel’s closest friends consider the settlements and settlement enterprises fundamentally distinct from those inside the Green Line.

The global movement for Boycott, Divestment, and Sanctions (BDS) makes no such distinction, and on this point, ironically, the Netanyahu government agrees. BDS proponents believe all Israeli companies are complicit in the occupation; many support “a full boycott of Israel” including academic and cultural institutions.

Because of this, BDS has become a favorite bogeyman used by Netanyahu and his allies to stoke deep-seated fear amongst their voting base. This fear of being singled out, persecuted, and attacked motivates them to turn up on election day.

Hard-liners in the Israeli government have turned BDS into a rallying cry. Netanyahu has called it a “strategic threat.” Megadonors have poured millions of dollars into an effort to combat BDS on campus. And many American Jewish organizations are convening, communicating and fundraising about BDS as an “issue” unto itself.

Treating the BDS movement as a focal issue for conversation and for action is a Netanyahu-led strategy designed to distract those of us who care about Israel from working to oppose the occupation. Those of us who do not support the global BDS movement should be careful not to fall into the Netanyahu government’s trap. Instead, we should put our energy into other tactics we believe will help end the occupation and bring about democracy, equality, and human rights for all, including bolstering Israeli civil society groups working to transform their government and society from within.

Netanyahu focuses the conversation on BDS because he does not want us to talk about the occupation. Americans are complicit in Netanyahu’s strategy when we avoid or silence conversations about it. When we label opposition to the occupation and settlement enterprise “anti-Israel,” when we ban anti-occupation organizations from campuses, when we refuse to mention occupation from the bimah of our synagogues, we are aiding and abetting the dismantling of Israel’s democracy.

Conflicts end, and this one will too. Those who would like to see it end should not play into the pro-occupation government’s strategies. As this 50th anniversary approaches, the occupation must not remain shrouded in darkness.

Daniel Sokatch is CEO of the New Israel Fund, which promotes democracy and equality for all Israelis.