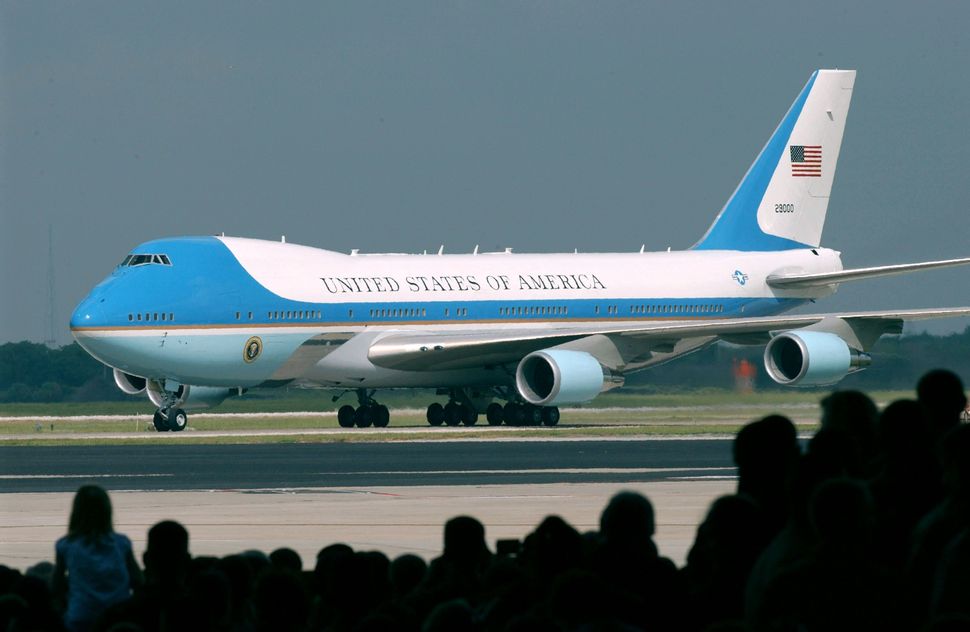 President Trump soon sets off on his first foreign trip, traveling to Saudi Arabia, Israel, Rome, and Brussels. With his administration in turmoil, expectations are all over the place.

“Trump’s conception of ‘America First’ might have been easily interpreted to mean that US foreign policy would morph into America acting unilaterally without the need for allies or partners. Yet from beginning to end, this foreign foray has some variation of alliance politics written all over it. Indeed, maybe the new mantra ought to be “America Dependent.”

Scholar Aaron David Miller describes Trump’s trip as one ripe for a temporary break from the political madness at home and an opportunity to repudiate not only Obama’s past efforts in the region, but some of the positions and rhetoric Trump adopted as a candidate but is slowly backing away from.

“Countering jihadism. Pushing back on Iran. Preventing ISIS’ resurrection after its coming defeat in Iraq and Syria. Injecting real content into a renewed push for Mideast peace. Securing Israel’s rightful place in the region. That is a big agenda. You could even call it ‘huge.’ And even with all the distractions and missteps on the domestic front, it’s doable, too.”

Satloff, executive director of the pro-Israel Washington Institute for Near East Policy, implores Trump not to “limit himself to symbolism.” Satloff proposes Trump use the trip as an opportunity to forge global ties with Muslim leaders in an effort to stem the tide of Islamic extremism and apply his “art of the deal” tactics to pressure Palestinians on internal reform and bringing the two sides to the negotiating table.

“Is there reason for concern? The short answer is “yes” — unless the president stops his freelancing and sticks to a script.”

Both foreign leaders and American citizens will be hoping Trump can ease their jittery nerves by sticking to the script, says Council on Foreign Relations president Richard Haass.

The former Republican presidential candidate who favors isolationism exhorts President Trump to live by his “America First” policies and just stay home. Rather than entangling the U.S. in further commitments abroad, says Paul, it’s time to focus on problems at home.

Sarah Posner, The Washington Post: “Trump’s Overseas Trip Must Be Canceled. The Risks Are Too Great”

“It’s hard to imagine Trump exercising sufficient self-control to emerge from an eight-day trip overseas without incident. He can barely go 24 hours without incident under normal circumstances. The best way to prevent more Trump damage is to keep him home.”

Though Sarah Posner, a progressive, supports the cancelation of the trip like Paul — she does so not for any ideological reason but because she believes his actions over the previous weeks prove he is simply too incompetent and ill-equipped for such an ambitious foreign trip.