Presidential Advisors Must Be Willing To Lose Their Jobs 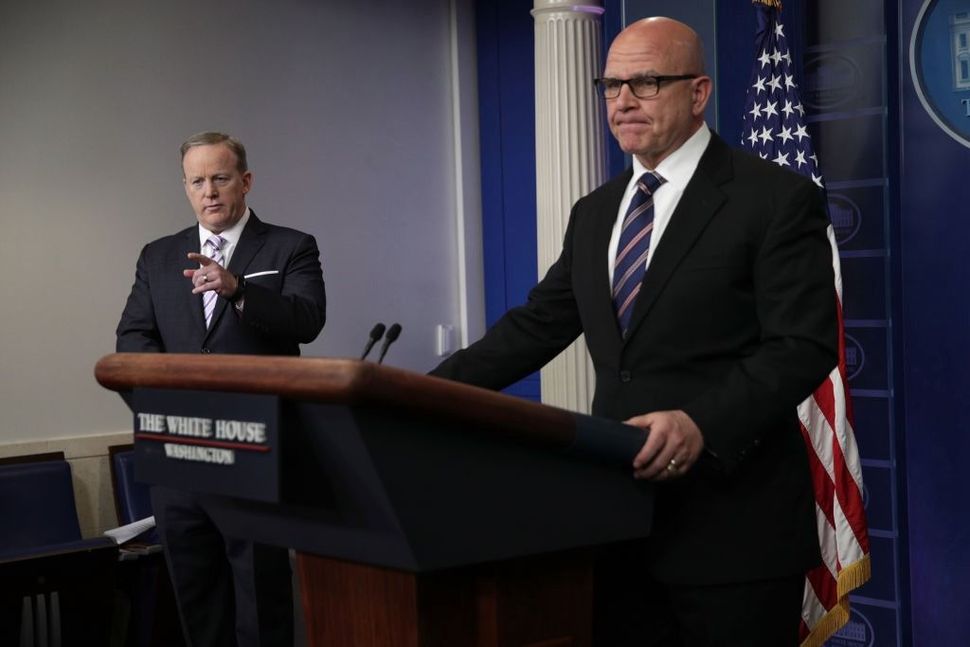 I have never met General H.R. McMaster, but he enjoys a reputation as a truth teller. That becomes apparent when I read his award-winning book, Dereliction of Duty: Johnson, McNamara, the Joint Chiefs of Staff, and the Lies That Led to Vietnam., which lambasts Vietnam-era generals for failing to confront President Johnson with the truth about the war.

Like McMaster, I served as a career officer in a military. I retired as a Lieutenant Colonel in the Judge Advocate General’s Corps, Israel Defense Forces. Did I always speak truth to power? I would like to think I made an honest effort to do so, but it is fair to assume that my record, like others, is not perfect. On at least one occasion, I took the easy road, which could have resulted in a major incident. My initial failure to speak truth to power gave legitimacy to initiating a military operation. My subsequent speaking truth to power contributed, I believe, to the cancellation of the planned operation. It was for me a powerful lesson in the potential consequences and a sobering moment when I realized that my failure could have had serious repercussions.

Reputations are hard earned, yet easily lost. Watching a visibly uncomfortable General McMaster read from a script seeking to explain away President Trump’s seemingly egregious mistake in disclosing highly classified information to the Russians was dispiriting. McMaster, like others who have experience with classified information, knows Rule Number One: Source protection. No ifs, ands, or buts. That was hammered into me in my service on more than one occasion. I assume McMaster hammered that into others.

And yet McMaster chose to defend the extraordinarily irresponsible actions of the President. He did so in a nuanced (“slippery” would be another word) manner reflecting the very conduct he so vociferously criticized of those who came before him. McMaster was slippery by explicitly answering questions which were not asked, and purposely avoiding the question which was asked. The effect of a tactic like this is intentionally misleading. It works as a momentary deflection, but does not reflect fundamental integrity.

The larger point of inquiry is whether McMaster is complicit in the conduct — or more correctly — misconduct of President Trump. To answer that question requires another question: to whom is duty owed? Which brings us to former FBI Director James Comey.

I am no fan of Mr. Comey; I found his conduct during the 2016 Presidential campaign troubling. I find his public posture sanctimonious and somewhat insufferable.

However, I have no reason to doubt that President Trump asked for his personal loyalty and Comey, correctly, rejected that request. Comey, like McMaster, owes loyalty not to President Trump but to the rule of law and the United States Constitution.

There can be no line-blurring on these matters. History is replete with dark chapters where advisors pledged their loyalty to a national leader rather than to democratic principles. Crossing that line is dangerous with horrific consequences. Career advancement and personal aggrandizement must not justify blinking in the face of uncomfortable truth speaking.

We live in an extraordinary time; as I write these lines the news cycle is beyond exhausting. Keeping up with each dramatic event requires a Herculean effort. The dissonance between White House statements and Presidential tweets will, no doubt, be the subject of endless commentary by columnists and historians.

However, the more important question is whether President Trump’s advisors will look him in the eye and speak the truth even if, as has been reported, he does not encourage, much less tolerate such conduct.

Failure to do so makes those holding senior positions complicit in the actions of an Administration whose very future is an open question. The decision to appoint a Special Counsel highlights the gravity of the moment. One assumes former FBI Director Mueller will leave no stone unturned in his role as special counsel investigating ties between the Trump campaign and the Russian government. One assumes Comey’s notes regarding his conversations with President Trump will be damning.

But, one demands that the President’s advisors learn from McMaster and Comey: from the former how not to act and from the latter how to act. Otherwise, the tag of “complicit” will attach itself to the President’s advisors. Speak truth to power even if it derails one’s career and incurs the eternal wrath of the present occupant of 1600 Pennsylvania Avenue. Speak truth to power, because duty to country requires it.

History shows there are greater interests than the momentary and unimaginable consequences for forgetting its powerful lessons. As George Santayana instructed us, “Those who cannot remember the past are condemned to repeat it.”

Amos N. Guiora is Professor of Law, S.J. Quinney College of Law, University of Utah, and the author of numerous books, including most recently “The Crime of Complicity: The Bystander in the Holocaust.”

Presidential Advisors Must Be Willing To Lose Their Jobs