What Trump Gets Wrong About The Middle East 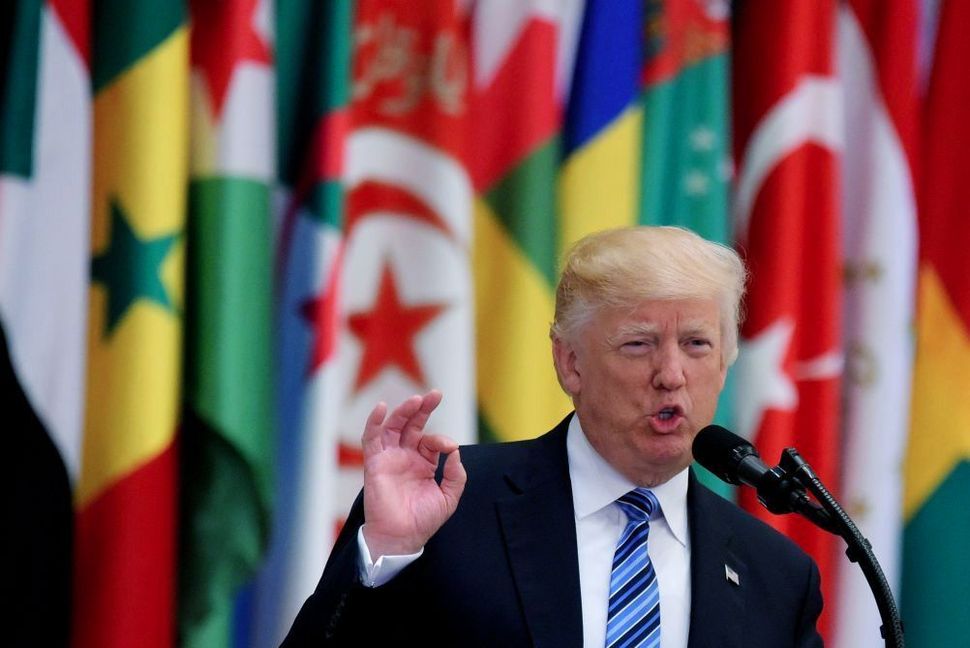 In his speech before dozens of Muslim leaders who had gathered in Saudi Arabia on Sunday, President Donald Trump toned down his harsh rhetoric against Islam and urged the leaders to “drive out” Islamic extremists from their societies.

The speech was lauded as a foreign policy success for Trump, but that’s largely because the bar was so low. As a presidential candidate, Trump had called for a temporary ban on Muslim immigration to the United States and declared in a TV interview that “Islam hates us.” In his speech, Trump steered clear of such invective, but he echoed former President George W. Bush’s famous declaration after the September 11, 2001 attacks, “Either you are with us, or you are with the terrorists.”

More broadly, Trump’s speech – like his administration’s muddled strategy to fight Islamic State and other jihadist groups – failed to address one of the root causes of extremism: the very monarchs, autocrats and strongmen who assembled to hear Trump. For decades, America pursued the path that Trump seems to favor in the Middle East – stability and security cooperation, at the expense of democracy. And that approach failed.

Previous U.S. presidents, including Bush and Barack Obama, had urged Arab and Muslim leaders to adopt political reforms and respect human rights. But on Sunday, Trump changed course and pledged a new approach: he would no longer chide authoritarian U.S. allies for failing to advance democracy and safeguard political rights in their societies. “Our partnerships will advance security through stability, not through radical disruption,” he said. “And, wherever possible, we will seek gradual reforms – not sudden intervention.”

Trump declared that defeating extremist ideology and terrorism “transcends every other consideration.” That’s the kind of rhetoric the authoritarian leaders in the room longed to hear from the Obama administration, which urged its Arab allies to respect the desires of their people.

Obama inherited a decades-old U.S. policy of supporting autocratic regimes – like Egypt, Jordan, Saudi Arabia, Bahrain and several other Arab monarchies in the Persian Gulf – in exchange for political stability, security cooperation and access to oil. Virtually all governments in the Middle East rely on vast security agencies to keep them in power, using the U.S.-led “war on terror” as a cover to silence any opposition. These regimes put on a veneer of stability for the West, but their political systems are corrupt and calcified.

Obama took up the lofty oratory of democracy promotion in a much-celebrated speech to the Muslim world he delivered in June 2009. “America does not presume to know what is best for everyone,” Obama said at Cairo University. He expressed his belief that all people yearn for certain things, including freedom of speech, confidence in the rule of law, an independent judiciary and a transparent government.

He was right: If the United States has any hope of nurturing political reform in the Arab world, it must support an impartial judiciary, civil society movements and a free press – the institutions that help democracy thrive. But just months after his speech, the Obama administration became remarkably quiet on democracy promotion and was reluctant to criticize U.S. allies like Egypt and Saudi Arabia. Obama also fell into the trap of favoring stability, partly because he was trying to withdraw U.S. troops from the wars in Iraq and Afghanistan. He was a political realist who became reluctant to disrupt American alliances with the region’s authoritarian rulers.

For a short time, it seemed that the era of rule by strongmen in the Middle East was coming to an end. After the popular Arab uprisings in late 2010 and early 2011, the strongmen of the Arab world began to teeter and fall, one by one. A new generation of revolutionaries had fostered a revitalized sense of Arab identity united around demands for broad political and social rights.

As the protests that began in Tunisia spread to Egypt, Libya, Yemen, Bahrain and Syria, each uprising was inspired by the others. The protesters no longer accepted a social contract in which they effectively made peace with government repression, arbitrary laws, state-run media and censorship, and single-party rule, in exchange for security and stability.

But the revolutions devolved into large-scale bloodshed in Syria, Libya and Yemen. In Egypt, the military in 2013 ousted the country’s first democratically elected president, a leader of the Muslim Brotherhood, and replaced him with a general. President Abdel Fattah al-Sisi has turned into a strongman, who suppressed all opposition and launched a crackdown that precipitated an insurgency by Islamic militants in parts of Egypt.

Trump’s policies risk exacerbating a danger that many in the Arab world and the West have failed to grasp. While authoritarian rule appears to provide stability over the short term, it breeds discontent and affirms the idea that violence is the only way to be heard. Rulers who demonize all Islamists and other opponents as militants nurture a self-fulfilling prophecy, allowing them to repeat the pattern of repression that leads to more radicalization. And without addressing those root causes, Trump’s call on Muslim leaders to “drive out” extremists is doomed to fall short.

What Trump Gets Wrong About The Middle East