Could Judy Seigel Be The Next Posthumous Photo Phenom? 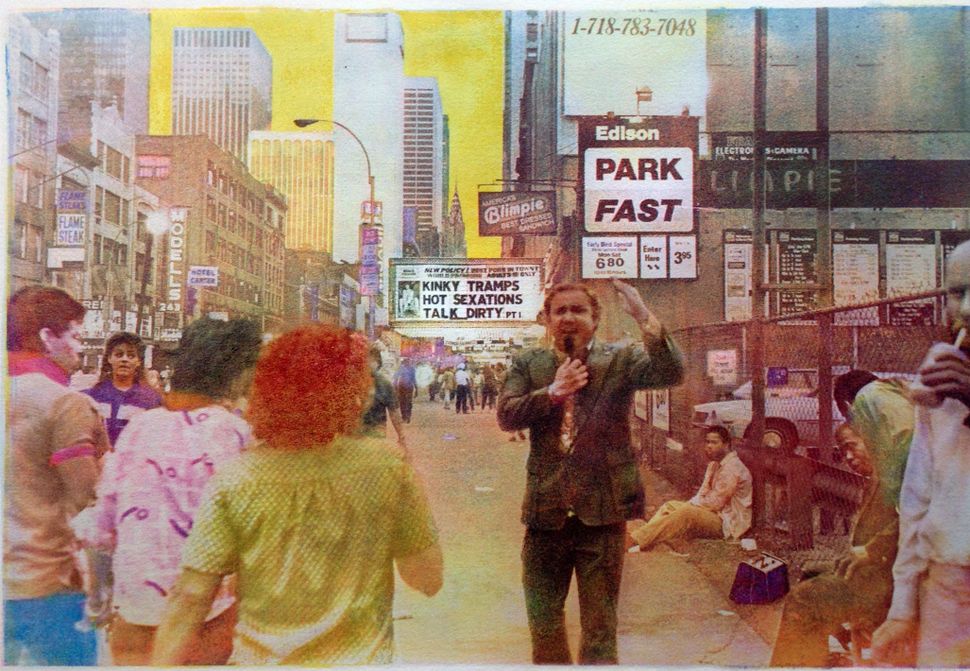 Before my mother died, I didn’t think about her aesthetic vision, though I always loved her fantastical photographs (1980s–2000s) and large abstract paintings (1970s) that filled our family’s brownstone in Manhattan’s West Village.

But at her funeral, Rabbi David Adelson, dean of Hebrew Union College-Jewish Institute of Religion and a family friend, delivered a eulogy that helped me see my mother anew. Skipping the résumé details — photographer, publisher, editor, author, pioneering feminist writer — he went straight for the essence, likening my mother’s view of her photography as capturing the “refulgent decay” of gritty street life to the Jewish mystical tradition. 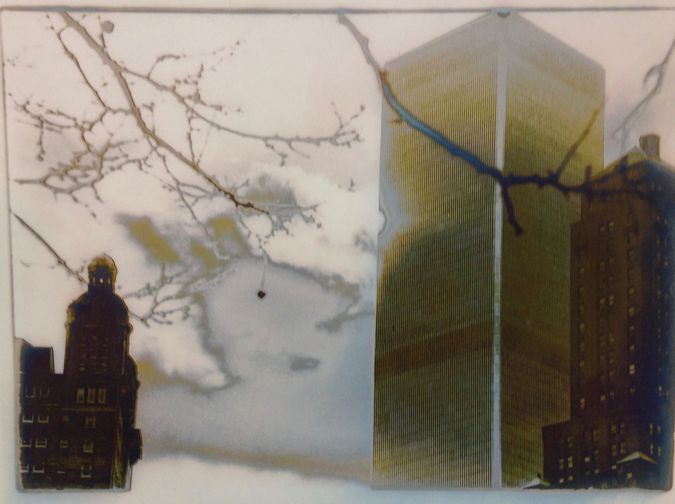 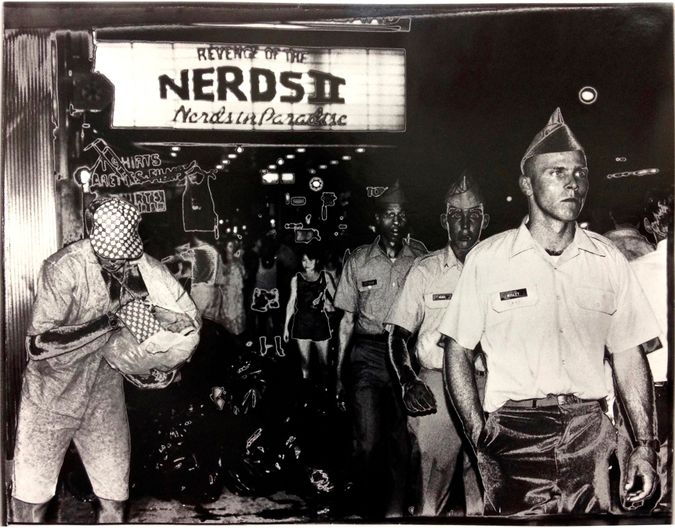 Later, in the darkroom and studio, she brought out the “refulgence” for others to see, too, through antiquarian processes, ranging from cyanotype to deep gold and blue iridescent toning. Dubbed the “Queen of Gum,” she developed techniques in gum bichromate that helped advance the 20th-century revival of the 19th-century process that combines painterly and photographic effects. 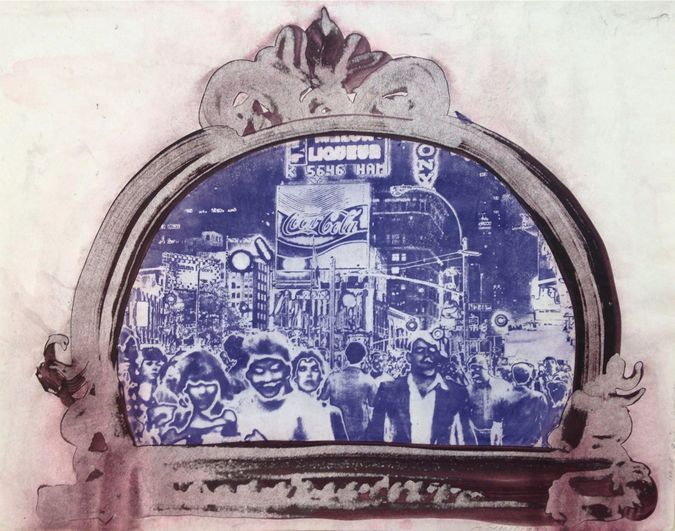 Modifying a photograph in any way was once looked down upon. “It was still thought that photography was ‘truth,’” explained Christina Z. Anderson, a colleague of my mother’s who is a noted author on 19th-century processes and a professor of photography at Montana State University. The digital revolution in the 1990s pierced photography’s aura of supposed objectivity, spurring the revival of antiquarian darkroom work. Think artisanal — in photography.

My mother developed her skills at Pratt Institute, entering a Master of Fine Arts program in 1980 at age 50. She hoped to bring her painting background into the darkroom. Back then, this was deemed a defiant act. And she often clashed with (male) professors who were promoting the pure cannon of “straight” photography. Her approach was called “crooked.” 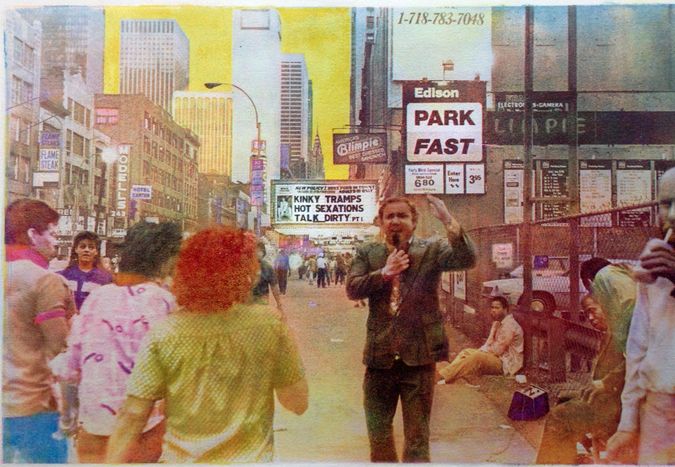 When she entered Pratt, she’d already studied at Cooper Union, helped put my father through medical school as a 1950s Mad Woman illustrator, joined the 1970s women’s movement as a pioneering editor and writer of the Women Artists News, and edited, wrote, and served as art director for, her book, “Mutiny and the Mainstream: Talk That Changed Art, 1975–1990” (Midmarch Arts Press). Later, she wrote, photographed and art directed the book, “Read My T-Shirt for President… A True History of the Political Front – and Back” (Front and Back Press, 2006) But she was also a middle-aged wife and mother.

One professor in particular bullied her mercilessly, as Pratt friend Tracey Landworth recounted at her funeral. But my mother persisted, selling a print to the Museum Of Modern Art, staging several one-woman shows and founding The World Journal of Post-Factory Photography, the first independent U.S. “alternative photography” publication. Lecturing widely, she also taught as an adjunct professor at Pratt for 14 years, along with running workshops and courses at the International Center for Photography (ICP), the New School and elsewhere. 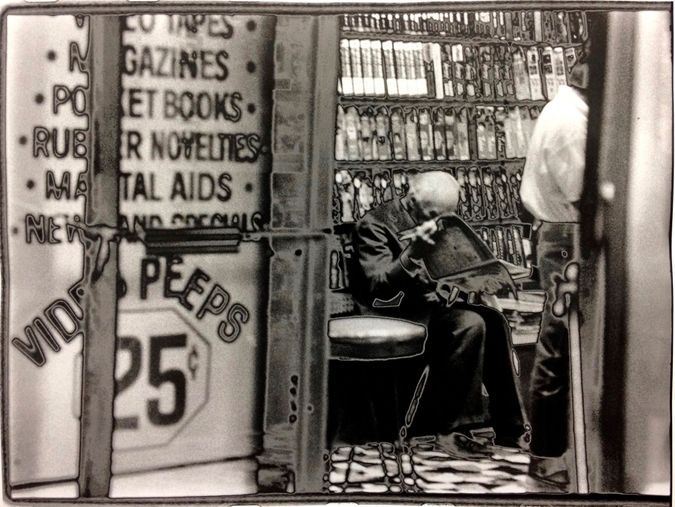 “Judy was operating in a male world, where any kind of scientific investigation into alt process was done by males,” Anderson noted. “She questioned the canon — and there was a lot of male sputtering.” Judy Seigel’s legacy, Anderson said, was as an “unsung heroine” of the alt photo world, influencing many authors and artists. 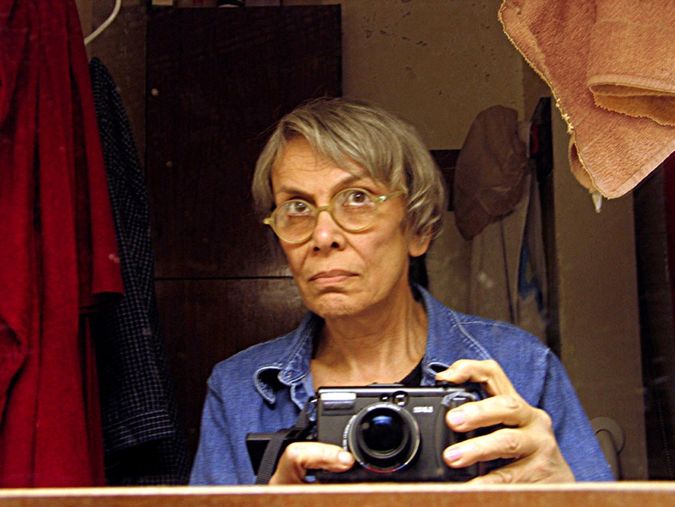 Jessica Seigel is an adjunct professor at The Arthur L. Carter Journalism Institute at New York University. Follow her on Twitter, @jessicaseagull

Could Judy Seigel Be The Next Posthumous Photo Phenom?