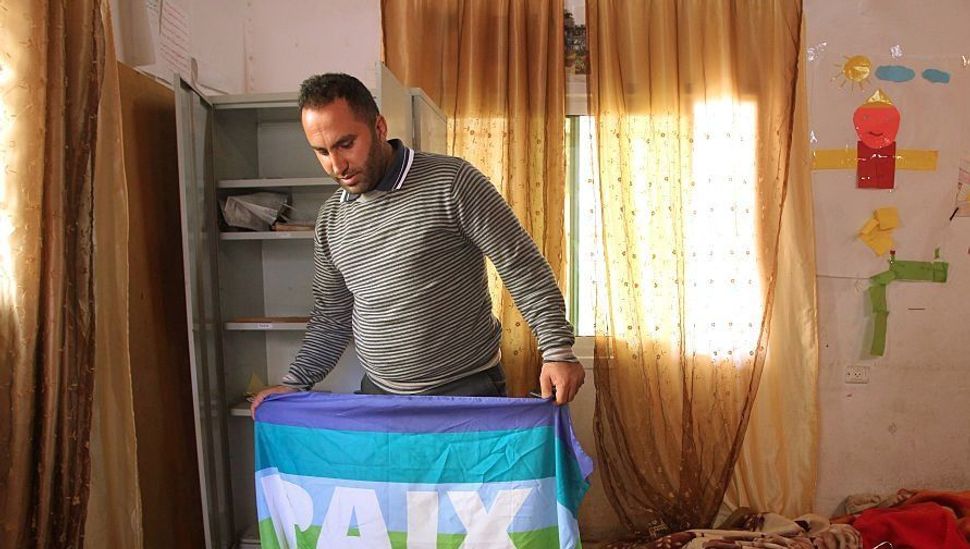 President Trump’s recent trip to Israel did not matter. He wants to broker the “ultimate deal” — Israeli-Palestinian peace — and thinks the Saudis, who share Israel’s fear of Iran, can help. But the Saudis can’t make Palestinians endorse their own subjugation. Peace requires freedom for the millions currently living under Israeli control without citizenship, free movement, due process or the right to vote for the government that controls their lives.

And Prime Minister Benjamin Netanyahu adamantly opposes granting them that. He’s said bluntly that he will never remove Israeli troops from the West Bank. Given Netanyahu’s influence in Washington, even a knowledgeable, savvy, determined president would struggle to change his mind. Trump is none of those things. He hasn’t even committed to supporting a Palestinian state himself.

What matters more than Trump’s visit is the way Palestinians on the ground resist oppression. There are four broad camps.

The first camp, led by Palestinian Authority President Mahmoud Abbas, has sought to achieve statehood through diplomacy. (If you don’t think Abbas wants a state, read this). But diplomacy doesn’t work without leverage, and Abbas has very little.

The second camp, led by Hamas and the Islamic Jihad, has tried organized violence. But such violence only deepens the fear that makes Israelis oppose a Palestinian state in the first place.

The third camp, which has no leader, practices the unorganized violence of the “knife intifada.” But these stabbings embody no political strategy; these are acts of murderous despair.

The fourth camp places its faith in organized nonviolence. Its leaders are people like Issa Amro.

Amro is the kind of Palestinian for which American Jewish officials say they yearn. Since 2002, when Israel shut down his college campus, Amro has been preaching nonviolent resistance in the tradition of Gandhi and Martin Luther King Jr. His organization in Hebron, Youth Against Settlements, frequently hosts Israeli and Diaspora Jewish activists. He’s won awards from the United Nations and the European Union.

And for good reason. Amro doesn’t only oppose violence, he’s also gone to extraordinary lengths to stop it. NPR reported that in 2015, a neighbor told Amro that an 18-year-old Palestinian girl was hiding nearby, waiting to stab an Israeli. For more than an hour, Amro pleaded with the trembling girl to abandon her plan. Finally, she gave herself up to Palestinian police.

Unfortunately, the Israeli government does not yearn for Palestinian Gandhis. It arrests them. Amro is currently facing 18 criminal charges. If convicted, he’ll likely serve a long prison sentence. As Amnesty International notes, “Some of the charges… are not recognizable criminal offences under international standards.” They include incitement, protesting without a permit and insulting a soldier. (Prosecutors claim that Amro called a border policeman who took his ID “stupid.” Amro says his actual words were: “I want my ID back, I am not wanted, and if you had called to check you would know this. But you have not called, I know, I am not stupid.”)

Amro also faces two charges of assault. But Amnesty calls the allegations “baseless,” noting, “One of the charges of assault refers to an incident in a protest on 20 March 2013 that took place after he had already been arrested and was therefore not present.”

If Amro were a citizen of the country in which he lived, and enjoyed due process, he would have little to fear in a court of law. Unfortunately for him, he will be tried in a military court where the conviction rate exceeds 99%. As the Israeli human rights group B’Tselem reported in 2015, “A Palestinian charged in a military court is as good as convicted.”

This week, four members of Congress — Mark Pocan, Betty McCollum, Earl Blumenauer and Keith Ellison, all Democrats — will circulate a letter to their House colleagues, urging U.S. Secretary of State Rex Tillerson to defend Amro’s “rights to due process, freedom of expression and peaceful protest.”

When I asked an aide how Pocan became interested in Amro’s case, he explained that the Wisconsin congressman had been to Hebron and had seen the conditions there himself. That makes him unusual. The vast majority of members of Congress, in both parties, visit Israel on trips sponsored by the American Israel Public Affairs Committee or other American Jewish organizations that scrupulously avoid showing them Palestinian life under Israeli control. Those members of Congress return to the United States having learned about as much regarding Israel’s occupation of the West Bank as a Swede would learn about relations between African Americans and the police in New York City if she avoided Harlem, Brooklyn and the Bronx.

Pocan and his colleagues are taking a risk. Any day now, they will be attacked as anti-Israel or even anti-Semitic by the kind of American Jews who think that helping Netanyahu imprison Amro is a good way to get in touch with their Jewish identity. It’s crucial that these enablers of injustice not succeed.

The Israeli government is persecuting Amro because it fears him. As Gaby Lasky, Amro’s attorney, explained: “Israel manages very well regarding how to act against violence. They can act violently back and they know how to do it, and how much strength to use. But Israel hasn’t found a good way to fight nonviolence, so this nonviolence really presents a big riddle to the Israeli authorities. So the way they have chosen to treat nonviolence is to incarcerate the leaders to make people uncomfortable or afraid of coming to nonviolent activities because they see what happens to those leaders.”

“They don’t want civil disobedience because it’s the best methodology to defeat them,” Amro said.

Amro represents hope. Not the fake, saccharine hope of Trump trying to broker the “ultimate deal” to a conflict he doesn’t even understand, but the real hope that comes when brave, decent people fight oppression without hating their oppressors.

If Amro survives the effort to silence him, that hope survives. If he loses, Israel loses, too, because it will have convinced the next trembling 18-year-old Palestinian girl with a knife that there is no other way.

Peter Beinart is a Forward senior columnist and contributing editor. Listen to his podcast “Fault Lines” with Danny Gordis here or on iTunes.