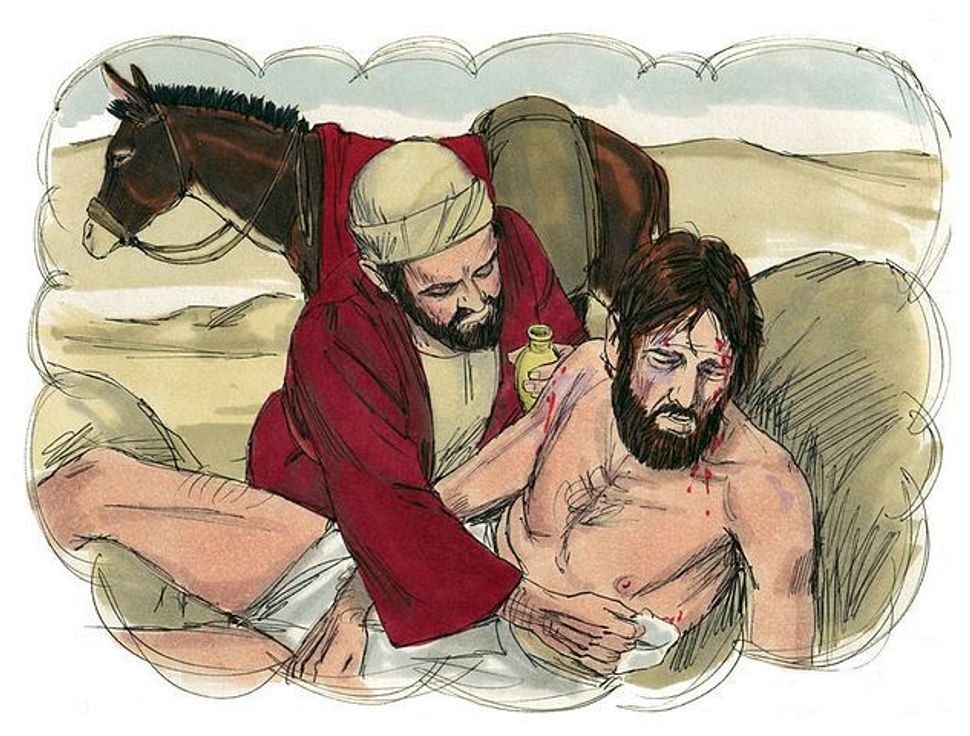 President Trump recently released his full budget proposal, which he titled “The Foundation for American Greatness.” It is an understatement to say that this budget comes nowhere close to living up to its grandiose title. In truth, it presents a dark vision for America, one at odds with all this country has stood for since its founding. A vision that encourages us to pass judgment on other Americans who struggle, deeming some “deserving” and others not.

America was founded on principles deeply rooted in many faith traditions, including Judaism. Over and over again, the Jewish textual tradition emphasizes the importance of creating a just society and caring for the most vulnerable among us. Understanding these values makes clear just how misguided this budget proposal is.

Take this text from Sifra, the legal commentary on Leviticus, for example:

“If your brother becomes poor, you shall not allow him to fall. He is like a [heavy] load resting on a wall; one [person] can then hold it and prevent it from falling, but once it has fallen to the ground, five cannot lift it up again.” — Sifra 109b

Our ancestors understood that, in a just society, no one should be allowed to fall so far down that she cannot get back up. The ancient rabbis understood the obligation and the wisdom of helping others before their circumstances become too dire. They understood, as we do, the importance of a strong social safety net.

The president’s budget proposal would tear that net to shreds.

This budget proposal includes steep cuts to Medicaid — $610 billion on top of the $1.25 trillion in cuts that will occur if the American Health Care Act, which the nonpartisan Congressional Budget Office projects will leave 23 million Americans without health insurance, is enacted into law. It cuts programs that provide income assistance to poor seniors and people with disabilities. And it proposes an astonishing 25% cut to the Supplemental Nutrition Assistance Program, commonly known as food stamps.

These are massive cuts to vital programs that help keep tens of millions of low-income Americans afloat. It was easy to anticipate from the president’s previous rhetoric and executive orders that he was likely to undermine safety net programs for poor Americans. But cuts of this magnitude will doom tens of millions of people to suffer devastating consequences.

As the leader of an organization that fights hunger, I know 42.2 million Americans rely on SNAP to put food on the table each day. That’s about one-in-seven of our neighbors — an astounding number of people who simply cannot feed themselves or their families on their own. We can likely all agree that our nation would be stronger if fewer people needed this help. Throwing people off SNAP, which is what cuts like these will do, may reduce the program’s rolls, but at what cost? Literally millions of Americans will suddenly be left with nothing to eat.

These are people who already must make impossible choices between life’s necessities: food, medicine and rent. They are children, seniors, people in rural communities, people with disabilities and veterans. They are individuals and families who are already struggling tooth and nail not to fall off the wall.

Though ultimately Congress and not the president must pass the federal budget, this administration’s priorities seem to be laser-focused on making life infinitely harder for people who can least afford to make any sacrifices.

As Jews, we are guided by the principles and values set forth in the Torah and our sacred texts. If we are to abide by these teachings, then we must embrace our responsibility to prevent the poor and vulnerable among us from falling. For once they fall, it will be much harder, if not impossible, for us to lift them back up.

Abby J. Leibman is the president and CEO of MAZON: A Jewish Response to Hunger, a national advocacy organization working to end hunger among people of all faiths and backgrounds in the United States and Israel.