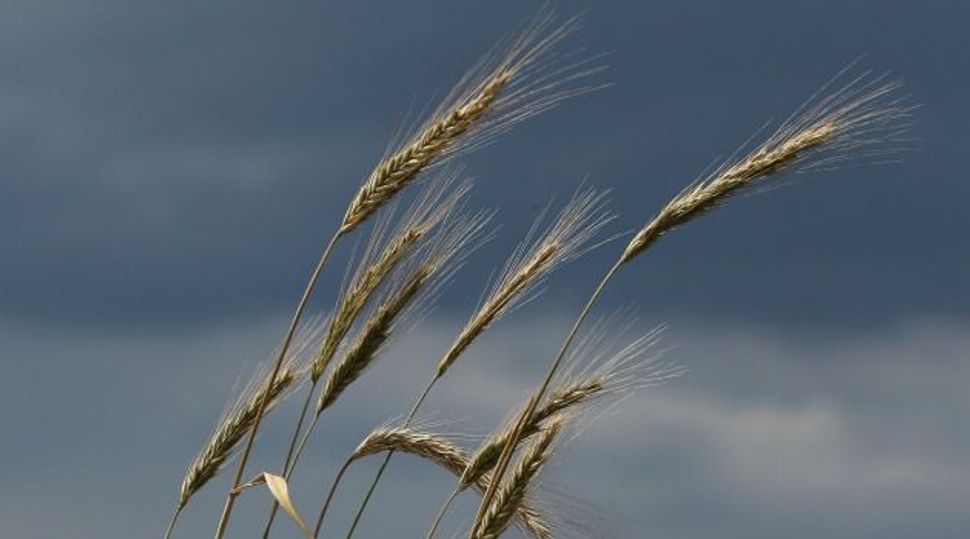 Blowing in the Wind: Barley is harvested in the spring, long before the eight days of Sukkot. Image by Getty Images

Shavuot is taking place this week. Marking the spring harvest and commemorating the day God gave the Torah to Moses, Shavuot is a holiday sometimes forgotten or diminished by secular Jews. Today, Jewish writers and thinkers are discussing the holiday with one question in mind: how should we apply this holiday based on ancient practices to society of today?

Here are some contrasting takes on the Feast of Weeks.

Rabbi Adina Lewittes, Jewish Telegraphic Agency: “Shavuot Is About Breaking The Tablets, And Putting Them Back Together”

“If Judaism fails to reimagine itself, the consequences will be devastating; to some they already are. The consequences of humanity’s unwillingness to do the same could be more catastrophic. Creating a sustainable, open-sourced, non-hierarchical, collaborative Judaism is part of today’s global urgency to create a similarly sustainable planet.”

Rabbi Adina Lewittes offers a progressive interpretation of the Shavuot story, viewing Moses’ act of destroying the tablets as “the epitome of loyalty to the people, but also teaches God about community and continuity.” Lewittes portrays the breaking of the tablets as a metaphor for what changes need to be made in the present day to keep Judaism open and dynamic to the changing world all around. This “disassembling and reassembling” of the Torah and our traditions is the “source of our continuity, not our dissolution,” says Lewittes.

Jeremy Rosen, The Algemeiner: “The Meaning Of Shavuot In Modern Times”

“Transitions are part of the development of humans and their societies. Even so, we will always need systems of ethics and patterns of therapeutic behavior. No country, culture or religion bursts onto the world from nowhere or starts in a vacuum. They all emerge from earlier forms, added and adapted and removed different parts.”

Jeremy Rosen contemplates the role Shavuot can play in a modern society that has advanced far beyond ancient harvests and supplemented the Torah with innumerable interpretations and rules of law. Rosen views Shavuot as simply offering the template for that which we should rule our lives; the Torah is a living, breathing document as much as the harvest retains its dynamic nature. So must we adapt our ethics inspired by scripture to modern practices and behavior.

“If Judaism is to continue as a way of life, Judaism must remain relevant to its adherents in each generation. If the Torah is not a living entity, if our tradition is not a living tradition – then our future is in doubt.”

Like Rosen, Rabbi Kavon advocates for the Torah as a living document necessary for the modern age. But there’s one critical difference. Rather than applying modern-day beliefs upon the teachings of the Torah, “Halachah must be a living entity that confronts the issues of the day,” says Kavon. The vivacity of the Torah stems from its timeless lessons, not by modern-day interpretations.

Jeremy Benstein, The Times of Israel: “Shavuot: A Holiday For The Haves And The Have-Nots”

“Perhaps ideally, everyone was supposed to be a landowner — but the Torah realizes that this was never going to be the case. The holiday, then, has the dangerous potential of splitting the people between landed and landless: rather than being a ‘leveller’ like Pesach and Sukkot, bringing rich and poor together in a shared experience, it would reinforce the socio-economic gap. The emphasis, therefore, in this otherwise unexpected verse about leaving parts of the harvest for the poor is a poignant reminder about mutual obligation, about the Land as being a source of justice, not division, and a holiday requiring an ethic of care, and not just a celebration of wealth.”

Benstein examines the multiple aspects of Shavuot that distinguish it from most Jewish holidays. Shavuot is a holiday later adapted to the conditions of the Diaspora, explains Benstein. Its ancient origins begat the holiday’s original meaning, a purpose that became in certain ways obsolete following Jewish migration. But as Shavuot is celebrated in these modern times of gross inequality, says Benstein, it is critical to recall Shavuot’s rarely mentioned emphasis on justice in the face of social division.