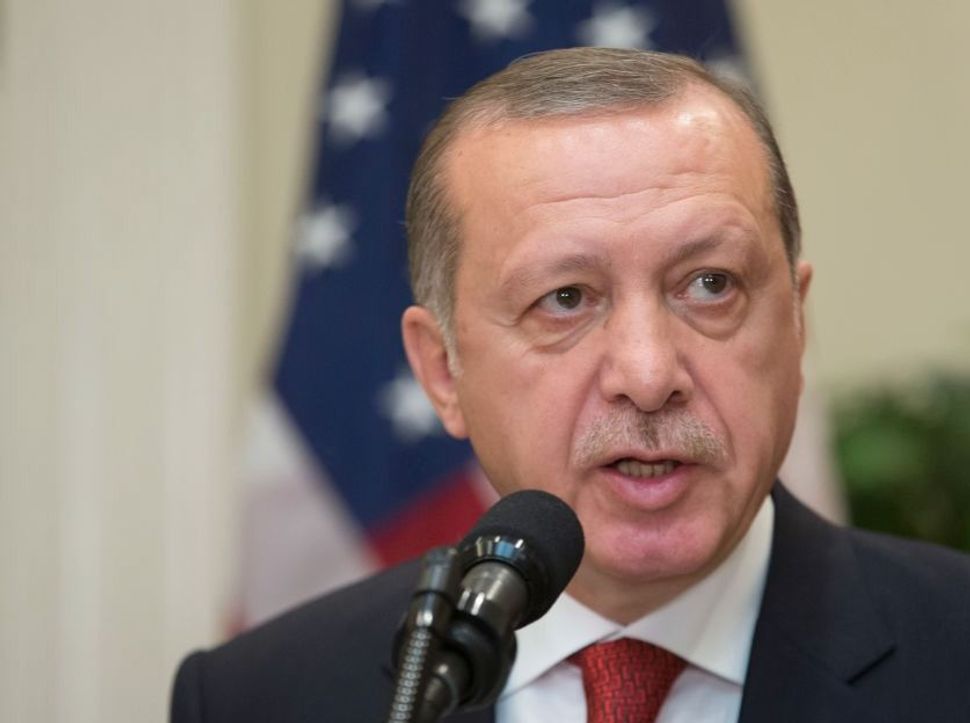 The news from Turkey, arguably the most modernized of all Muslim nations, has been depressing lately. The country has suffered a string of terrorist attacks, and a bloody coup attempt in July 2016. Meanwhile, Turkey’s democratic credentials have declined dramatically. According to the nongovernmental organization Freedom House, in terms of press freedom the country entered the league of “unfree” nations. (It used to be at least “half free.”) The post-coup “state of emergency” went way beyond the purge of the putschists and turned into a broad crackdown on dissent. And as if all this were not enough, with a referendum in April, Turkey passed a major constitutional amendment, which European authorities defined as a “dangerous step backwards for democracy.”

As any observer can see, there is a political figure at the heart of all this drama: President Recep Tayyip Erdogan. He is a strongman who is either passionately loved or passionately despised by his countrymen. He is the one who was targeted by the failed coup, and also the one empowered by the new constitutional system. What is happening in Turkey, in fact, is an “Erdogan revolution,” as one of his supporters recently defined it. Like every revolution, it empowers some people while suppressing others. And like every revolution, it eschews freedom, rights and rule of law in favor of supposedly greater ideals.

However, focusing merely on the persona of the leader of this revolution would be misleading. There is also a deep social current at play: Under the banner of Erdogan, Turkey’s religious conservatives, which make up roughly half the nation, are “taking their country back.”

The story goes back to a preceding revolution — the Ataturk Revolution — that defined the early decades of the young Turkish Republic, established in 1923 from the remains of the Ottoman Empire. Ataturk, a war-hero-turned-president, not only ruled Turkey single-handedly but also imposed a cultural revolution to secularize and westernize the Turks. He, in fact, hoped to create a “new Turk,” for whom Muslimhood was a vague cultural identity but not a way of life.

The “Ataturkists” dominated Turkey’s key institutions throughout the 20th century and hoped to transform the rest of society, thanks to “education.” They believed that “progress” was inevitable and that the “reactionaries” were destined to lose. In the past decade, however, they painfully realized that they themselves are losing, and the reactionaries are coming back — with a vengeance.

What makes this story even more significant is that it is not unique to Turkey. It is in fact a pattern seen in some other “revolutionary” nations as well, as political theorist Michael Walzer demonstrates skillfully in his 2015 book, “The Paradox of Liberation: Secular Revolutions and Religious Counterrevolutions.” Walzer examines three very different countries — India, Israel and Algeria — and shows that while all of them had secular, “progressive” founders, they all were soon challenged by the rise of the religious right. He defines them as “Hindu militants, ultra-Orthodox Jews and messianic Zionists, and Islamic radicals.”

One point Walzer underlines is that the secular founders made some strategic mistakes. They “took religion far too lightly,” and instead of engaging seriously with tradition, they either suppressed it or assumed that it would vanish in the face of modernity. This only paved the way for the religious counterrevolution. “The claim to a radical newness,” Walzer notes, “gives rise to a radicalized oldness.”

Another important point is that the counterrevolution brings forth a form of religion that is much more concerning than the traditional one that secularists initially wanted to eradicate. Religion, Walzer explains, now appears in “militant, ideological, and politicized forms — modern even in its antimodernism.” This is a fact noticed by many secularist Turks these days. They complain that the new “political Islam” is much more ambitious and aggressive than the Islam of their grandfathers. They are correct in defining the problem; they are just blind to their role in creating it.

None of this means that all religious counterrevolutions will follow the same political pattern. Israel is obviously not a replica of Turkey, and it is not going though its own “Erdogan revolution.” Still, the secular liberal elite that have traditionally shaped Israel’s political and cultural life are increasingly concerned about the rise of the religious right. Perhaps they should look at Turkish society for some lessons.

Walzer summons up nicely a lesson that must be noted by all: “Traditionalist worldviews can’t be negated, abolished, or banned; they have to be engaged.” This means that modernity should not be imposed as a revolution against religion. It should, rather, be introduced as a new way of looking at the world, including religion — an evolution rather than a revolution, a reform within rather than a dictate from the outside.

It is probably no accident that nations whose progress toward modernity took this more evolutionary (and religion-friendly) path have experienced less severe culture wars. The United Kingdom and the United States are prime examples, and they stand in contrast to France, as the historian Gertrude Himmelfarb explained in her notable 2004 book, “The Roads to Modernity: The British, French, and American Enlightenments.”

The road to modernity that was exported to the non-Western world, however, was often the French one, which implies abandonment of religion, and an inevitable conflict with it.

The French way did not have to be the only way. Walzer in fact reminds us that in the secular liberation movements of the 20th century were intellectuals “who aimed at a critical engagement with the old culture rather than a total attack upon it… had they won, the story might have turned out differently.”

But later is better than never. For all societies that have gone through the secular-revolution-versus-religious-counterrevolution dilemma, the way forward lies in a modus vivendi, which requires all parties to engage with each other rather than sharpen their blades. While Turkey is certainly not there yet, it probably will arrive one day. The only question is how much more drama will it go through until then.

Mustafa Akyol is currently a visiting fellow at the Freedom Project at Wellesley College and is the author of the recently released “The Islamic Jesus: How the King of the Jews Became a Prophet of the Muslims” (St. Martin’s Press).