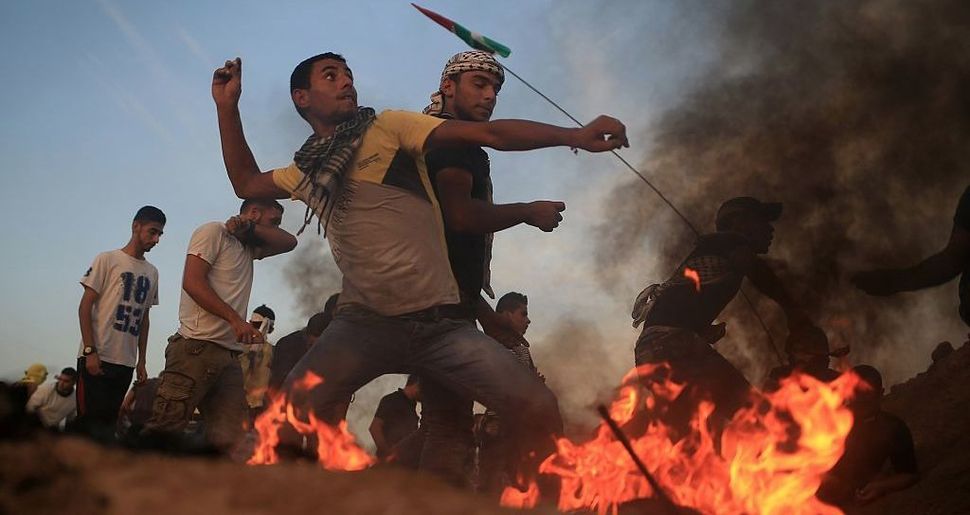 Judging from President Trump’s first months in office and from his recent Middle East trip, he is determined to bring about some sort of Israeli-Palestinian agreement. He believes that it is possible, but he has not yet figured out how. His aides are rumored to be working on a proposed U.S. “agenda.”

His aspiration deserves praise. But it is also dangerous. Experience teaches us that a failed attempt at peace can be worse than no attempt. It can precipitate violence. The abortive Camp David summit of July 2000 catalyzed the bloody second Palestinian intifada of suicide bombings two months later. Secretary of State John Kerry’s unsuccessful nine-month peace effort in 2013 and 2014 contributed to the subsequent outbreak of the summer 2014 Gaza war.

Accordingly, it is of some concern that in Riyadh and Jerusalem, Trump promoted a number of dead-ends from the annals of Israeli-Palestinian peacemaking. He and his peace team should be forewarned to avoid them.

One of those dead-ends is “economic peace.” Measures to enhance Palestinian living standards are always to be welcomed. At Trump’s request, Prime Minister Benjamin Netanyahu has already invoked a relaxation of limits on Palestinian home construction in Area C, the 60% of the West Bank that Israel fully controls. But such initiatives don’t increase the chances for peace. On the contrary, two intifadas broke out at times of relative Palestinian prosperity, in 1987 and 2000. So did the 1936 Palestinian revolt against the British Mandate. The United Kingdom’s Peel Commission Report of 1937, commissioned to explain the roots of the revolt, analyzes this flaw in the original British approach. The British assumed that capital investment by Jews fleeing Hitler for Palestine would, by stimulating the mandatory economy and providing jobs to Arabs, enhance coexistence. Instead it just spurred Palestinian resentment. The report should be required reading for prospective economic peacemakers.

Another dead-end is peace through religious dialogue. Fundamentalism — Muslim, Jewish, even Evangelical — is making this conflict worse, not better. We need to get God out of the conflict.

Then there is the very dangerous resurrection by Trump, Secretary of State Rex Tillerson and others of the spurious notion that solving the Israeli-Palestinian conflict will constitute a major contribution to solving other conflicts and problems in the Middle East. Nothing could be further from the truth.

Look at the Arab revolutions that have sowed anarchy and destruction in at least six Arab countries since 2011 — the so-called “Arab Spring.” Nobody blames Israel for the bloodbaths of Syria, Libya and Yemen. Israel’s peace agreements with Egypt and Jordan did not prevent them. Nor will Israeli-Palestinian peace change this ugly reality. Arabs cause their problems, and Arabs must solve them.

Trump and his envoy Jason Greenblatt seem intent on getting Netanyahu and Palestinian leader Mahmoud Abbas to sit down and restart negotiations as soon as possible. Does this make sense? It’s certainly not a new idea: “Just get to the damn table,” then-Secretary of Defense Leon Panetta urged the parties in December 2011.

But in the absence of strong leaders dedicated to discussing a realistic agenda, it’s a bad idea. Neither Abbas nor Netanyahu commands a willing political coalition. Neither is prepared to make the necessary concessions. Sitting them down now without a radically new approach guarantees they will both walk away frustrated, possibly with violent consequences.

This brings us full circle to the agenda Trump and Greenblatt intend to place on the negotiating table. If all they have to offer is the Oslo menu of final-status issues and the well-worn negotiating rule that “nothing is agreed until everything is agreed,” then all parties are better off with the status quo. More of Oslo will just make matters worse. Sadly, Oslo’s repeated failures have not been analyzed adequately. The lessons of those failures have not been drawn.

Trump needs a dramatic new approach, one that revises the Oslo formula and is fully in tune with his temperament and his personal inclinations: a real estate approach.

Yossi Alpher served in the Mossad, directed Tel Aviv University’s Jaffee Center for Strategic Studies and was a special adviser to Prime Minister Ehud Barak during the 2000 Camp David talks. He is the author of “No End of Conflict: Rethinking Israel-Palestine” (Rowman & Littlefield, 2016.)