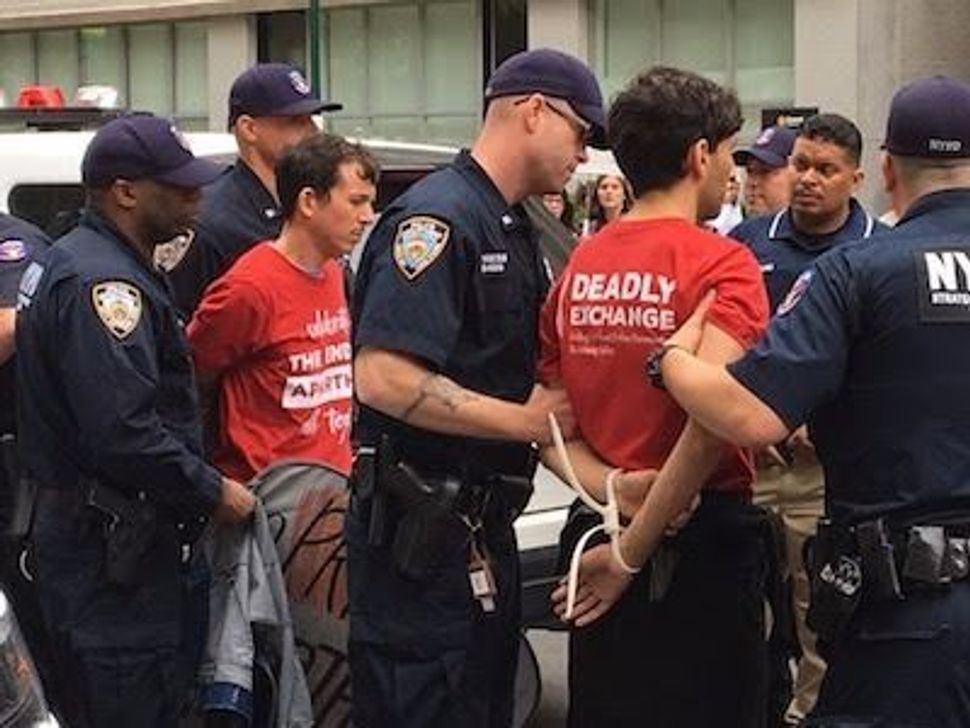 I’m going “on record” condemning Jewish Voice for Peace’s tactics at the Israel Day Parade. Protesting the parade, even from inside, is something I totally respect. And I have never marched in the parade myself, since I consider it to be overly nationalistic and jingoistic, as well as needlessly confrontational.

However, JVP also endangered the safety and well-being of vulnerable queer young people by infiltrating (and, in one spokesperson’s alleged words, “targeting”) the LGBTQ contingent specifically — and that is completely unacceptable. There were at least three specific harms.

First, this action de-legitimized the queer people in the eyes of their religious and ethnic communities. These folks have fought a hard battle for acceptance, and it is dead wrong for others to undermine them. The people who lost out were the queers, not the right-wing Zionists.

Second, JVP created an unsafe space for a contingent that included many brave, first-time and Orthodox marchers. It was, at the very least, callously insensitive not to consider the emotional and physical safety of those vulnerable people. But it was in fact much more than that, and an act of violence against the most vulnerable in our queer community.

Shame on you, Jewish Voice for Peace. I have supported you against defamation, censorship, and exclusion and have paid a price for doing so — even though I do not agree with your tactics or (often unstated) goals. But on this one, you were dead wrong and should apologize for endangering the safety of queer people and for targeting them.