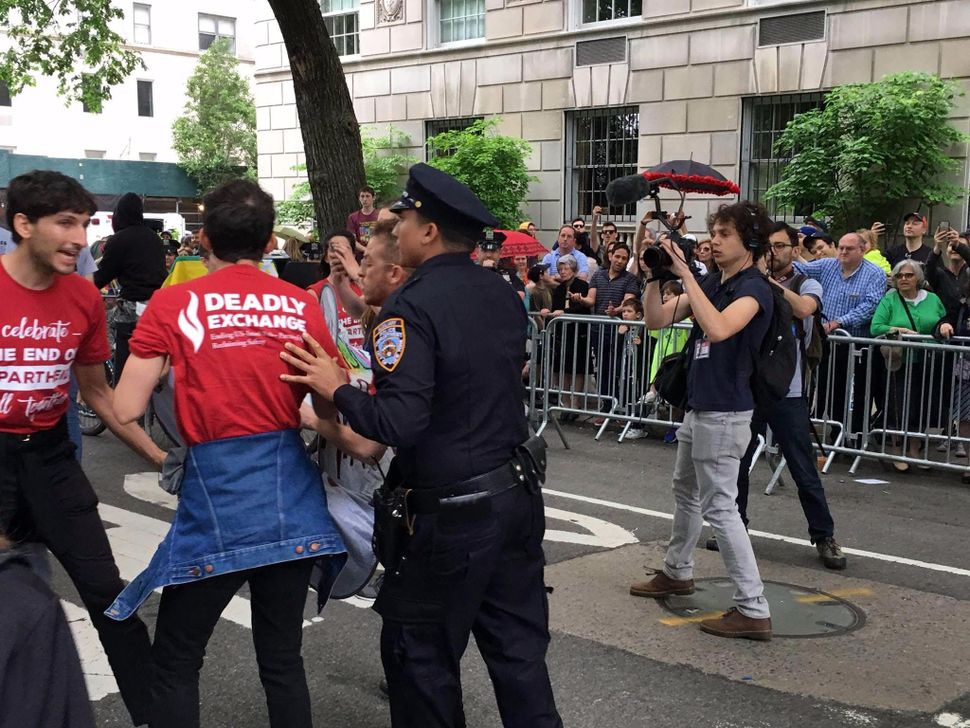 LGBTQ organizations have participated in the march since 2012, and the protest was part of a set of actions coordinated by JVP to disrupt the parade and oppose its pro-Israel message. The LGBT group was “a carefully chosen target,” according to Rebecca Vilkomerson, the Executive Director of Jewish Voice for Peace. “We wanted to interrupt the parade and bring the message that apartheid and occupation are nothing to celebrate,” said Craig Willse, a 42 year-old who was part of the protest. “It was a non-violent protest,” he added. Willse said that his protest group was composed of Jewish queer and trans people. 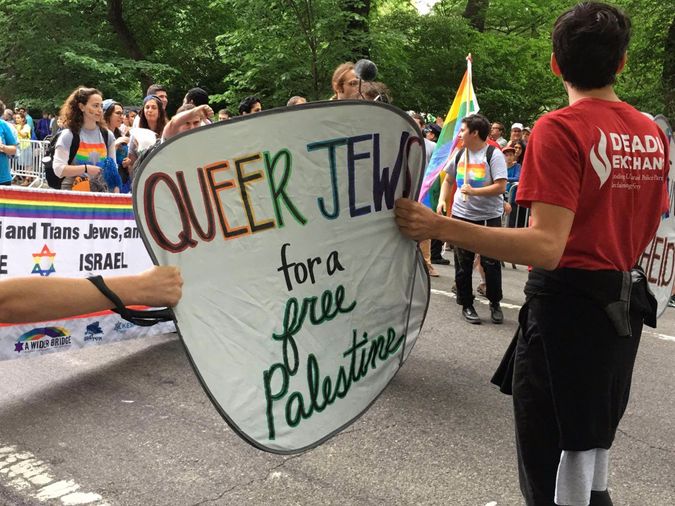 According to participants, JVP activists infiltrated the LGBTQ contingent of the march, pretending to be part of it and wearing the same t-shirts as the other youth marching, which were rainbow-striped and emblazoned with a Star of David. Towards the end of the march, they unplugged the wires from the speaker system, linked arms, forming a human chain, and chanted “no pride in apartheid.”

“I would have been scared to try to break the barrier and continue to march,” said Moshe Brimm, 22, a first-time participant. While he did not resist the protestors, others tried to continue marching, as seen in a video posted by JVP on Facebook. Another participant, Samara Karow, 18, said it took her some time to process what was going on: “We had to stop walking. I was trying to figure out how they got inside.”

Both participants were marching with Jewish Queer Youth (JQY), an organization for Jewish LGBTQ teenagers and youth mainly from Orthodox communities. 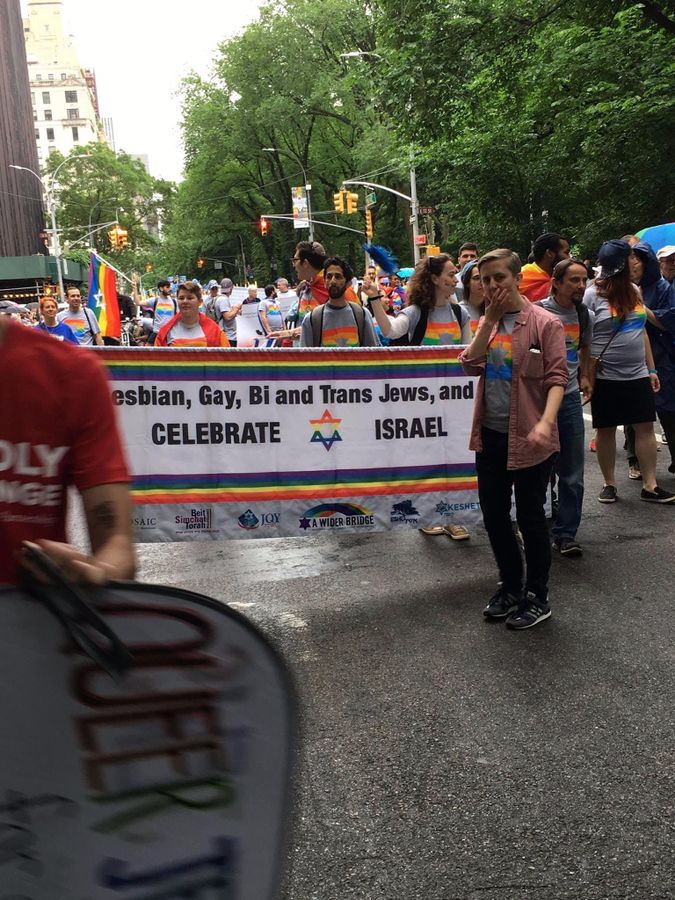 According to Justin Spiro, founder of Jewish Queer Youth’s teen program and participant in the march, Seth Morrison, a member of the JVP Board of Directors, sent a message to JQY: “We take pride in targeting the entire LGBTQ contingent that happened to include your organization. We have no intention of apologizing for fulfilling our mission,” Spiro related in a Facebook post.

“This was a planned action against the LGBT participants. That’s homophobia,” said Mordechai Levovitz, executive director of JQY. “If any right wing organization admitted to targeting LGBTQ people, we would call them a hate group.”

Levovitz stressed that marching in the parade is an act of courage for Jewish queer teenagers: “Many of these teen have been kicked out of shuls, synagogues, communities. Marching means that we belong in this community and in Israel. While we do not take political positions on issues such as Israel and foreign policy, we are committed to the full inclusion of LGBTQ Jews in every aspect of Jewish and LGBTQ life.”

Simone Somekh is an NYC based journalist.

Correction: An earlier version of this article stated “A 14 year old watching the JVP disrupters reveal themselves, he subsequently ran