This Week In Anti-Semitism: Arson, Slurs, And A Weaponized Basketball 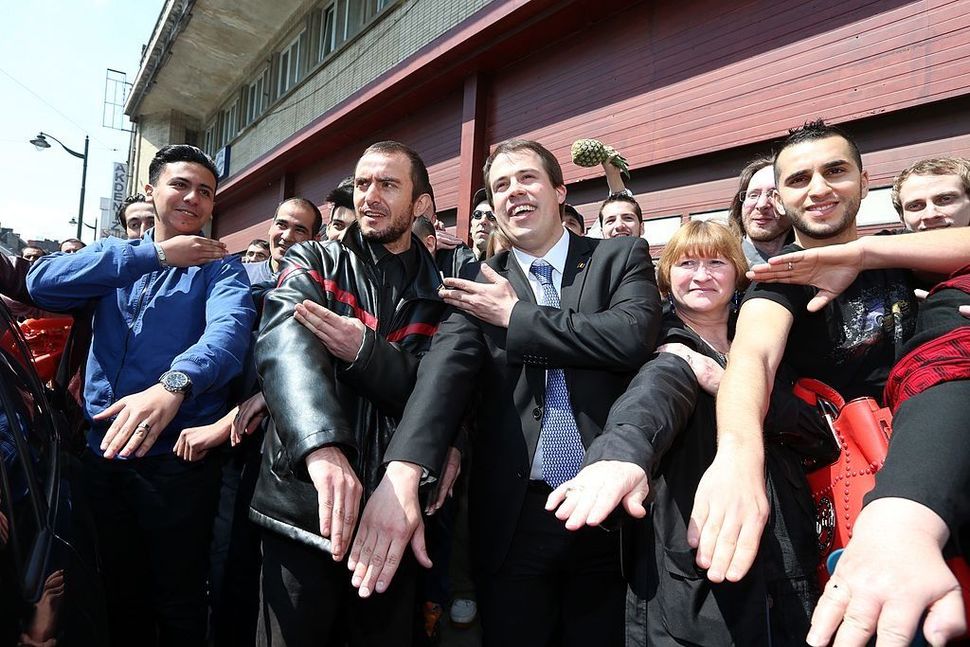 In the UK, the 16-year old daughter of a Jewish chaplain was punched and kicked on Shabbat by two boys. One of the assailants said “Hitler should have killed all you Jews when he had the chance… You should have been gassed.” The boys then threw a basketball at the head of Hannah Goldberg, an Orthodox Jew, and proceeded to kick her in the chest and punch her in the face before running off.

Alex Goldberg, the victim’s father and chaplain at the University of Surrey, said, “My daughter’s concern is about promoting good race relations, but also that other girls should not be attacked. The kind of language they used, you hear it on social media, but if it’s now on the streets that is very worrying.”

In Manchester, U.K., two kosher restaurants were the victims of arson attacks this past week. The Greater Manchester Police department is investigating these incidences as anti-Semitic hate crimes. Molotov cocktails were thrown into the Tamas restaurant on Friday, and arsonists broke into the JS restaurant on Tuesday, pouring flammable liquid and setting it on fire. Authorities believe the incidences are linked.

French comedian Dieudonne’s two-month jail term for making racist and anti-Semitic remarks was upheld Wednesday in Belgium. Dieudonne developed a reputation for making inflammatory remarks about Israel and creating the “quenelle” hand gesture which is an inverted Nazi salute. However, he will likely not serve the two-month sentence due to overcrowding.

This follows a two-month suspended jail sentence in France for Dieudonne handed out last year after he expressed sympathy for one of the terrorists in the January 2015 Charlie Hebdo attack.

Harvard rescinded admission offers to at least ten prospective students this week after they exchanged inappropriate memes that made light of sexual assault and the Holocaust, among other sensitive topics. One meme depicted a penguin in front of an oven saying, “nice! My Jews are almost done!”

This Week In Anti-Semitism: Arson, Slurs, And A Weaponized Basketball