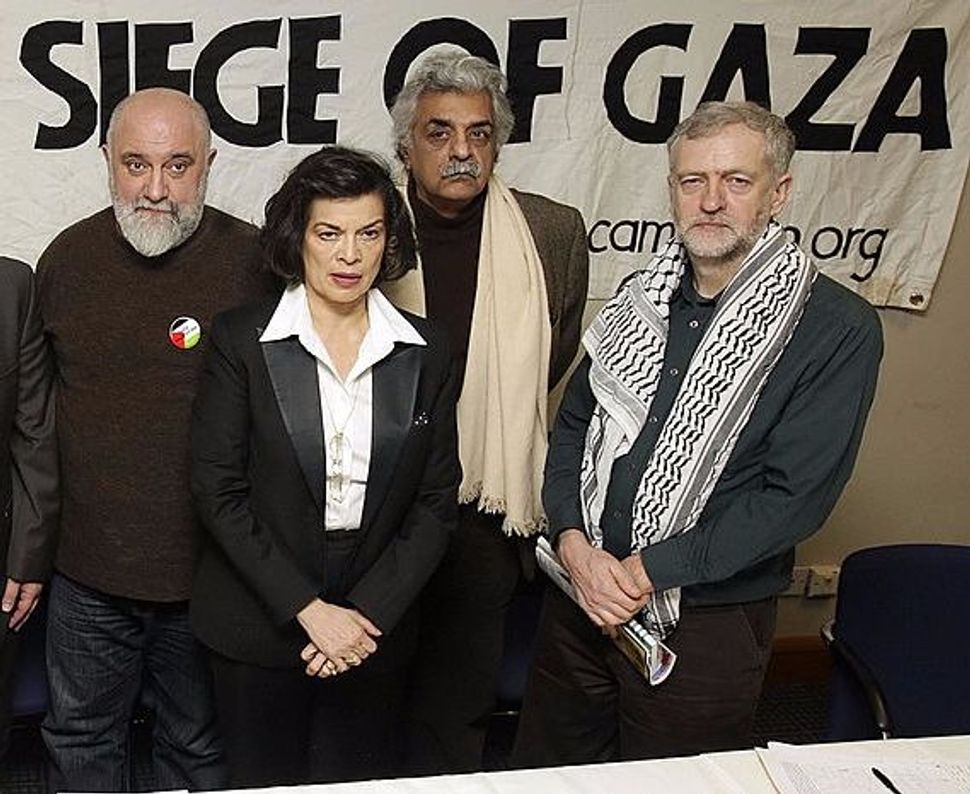 After a tumultuous election night in the United Kingdom, Prime Minister Theresa May’s Conservative Party suffered a crushing blow at the hands of Jeremy Corbyn’s Labour Party, losing its majority in Parliament. The surprising shift in the British political landscape leaves the country with no clear majority party.

While May expressed plans to stay in power and create a minority government with the Democratic Unionist Party of Northern Ireland, her unexpected defeat leaves many Britons wondering what’s next for the country. With accusations of anti-Semitism leveled at the newly rejuvenated Labor Party leader, that question is of particular interest to Britain’s Jewish population.

“Given the closeness of the result, Jewish voters, who are concentrated in a small number of highly marginal seats, may potentially have helped preserve May’s premiership.”

Philpot argues that while young Britons widely supported the Labour Party, young Jews seem to be the exception. With less than a quarter of Jews ages 18 to 34 planning to vote Labour just days before the election, according to polls, the party was able to reduce Tory majorities in heavily Jewish North London but failed to win them over. This, along with Corbyn’s difficult relationship with Jewish communities, may have helped a battered May retain her position.

Stephen Pollard, The Jewish Chronicle, ‘Mrs May will be in office but not in power’

“What we know now is that [May] offers precisely nothing as a leader, either to the Tories or the country. It seems as though she will be hanging on as leader, but be clear why: because the timing of the Brexit talks means senior Tories don’t think it wise to plunge the party into another leadership election – for the moment. They do want stability (no, that’s not meant as a joke).”

If there is one thing Pollard urges his Tory readership to show, it’s humility. While Pollard himself expressed confusion and horror as to why so many of his countrymen voted for the “toxic” Corbyn, he places much of the blame on the Conservative’s “rubbish” campaign. Pollard accuses May of gambling the country’s future on the hopes of strengthening her own position. That decision has left her with nothing to offer as a leader.

“Clearly Labour’s problem with anti-semitism would have weighed heavily on (Jewish people’s) minds. In terms of what we’re feeling the Jewish community have stuck with me and got us over the line.”

Freer, a Conservative MP who was able to retain his seat, told The Jewish Chronicle that it was the Labour’s anti-Semitic reputation that may have helped his return to Parliament. He acknowledged his disappointment, however, as his party failed to win a majority, but he say’s it’s too soon to really tell what went wrong.

Jonathan Arkush, president of Board of Deputies, Jewish leader: Election result a ‘loss’ for community, and Israel

“If the governing party, which is a strong supporter of Israel, loses so much ground, then of course it has to be something of a loss for Israel and the Jewish community.”

Arkush, a leader in Britain’s Jewish communities, told The Times of Israel he believes the results of the election to be a loss for British Jews and for Israel. He argues that the Labour party, while supportive of pro-Israel and a two-state solution policies, contains a far-left faction that is far less sympathetic of Israeli concerns. Arkush also believes that an air of anti-semitism still lingers around the party itself.