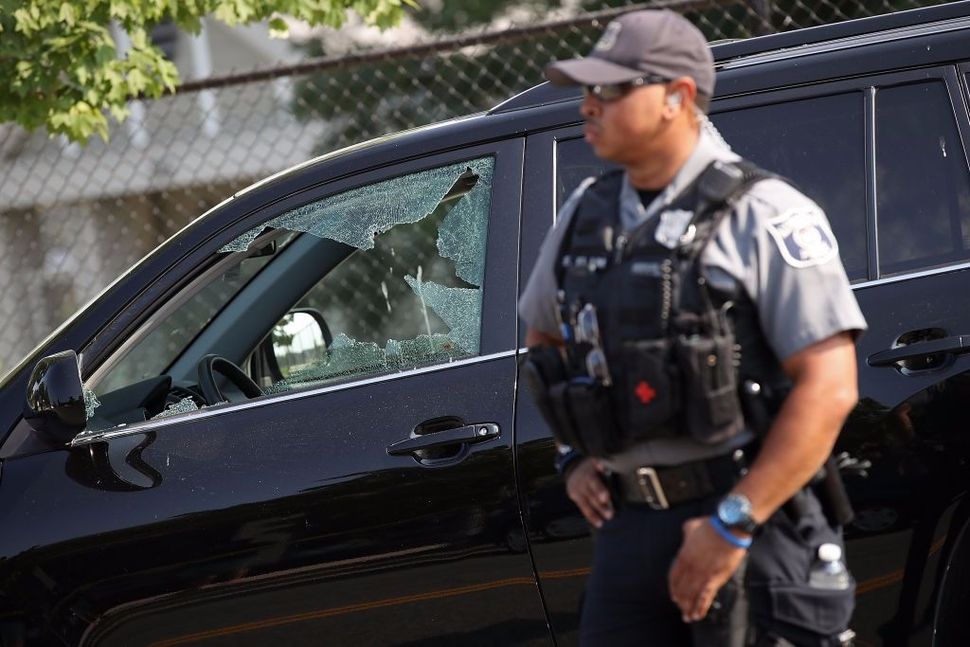 The early morning shooting of majority whip Rep. Steve Scalise and at least four others during a practice session of the GOP congressional baseball team has shaken both sides of the political spectrum.

Both Democrats and Republicans offered their support for the shooting victims. But some argue that the left’s anti-Republican rhetoric incited the violence.

The news that the slain gunman was a diehard supporter of Bernie Sanders was likely to add fuel to the fire.

In a short analysis column published by The Washington Times, the newspaper’s editor Cheryl K. Chumley addressed the conversation that preceded the shooting.

Yet others have already declared the shooting an attack by a ‘leftist gunman’ on unarmed Republicans. ‘Alt right’ website, InfoWars published an article about the shooting using the headline “Leftist Gunman Shoots Republican Congressmen In Media-Inspired Terrorist Attack.”

“We have been warning for months that the mainstream media’s hysterical anti-Trump narrative and the left’s insistence that Trump is illegitimate will radicalize demented social justice warriors and prompt them to lash out with violence. It looks like that’s exactly what happened today. The blood is on their hands.”

The article also blamed the ‘media, left and Hollywood’ for degrading civil discourse and legitimizing violence.

Others have not been shy about pointing fingers at the media. Scott Presler, a conservative activist who gained some notoriety after coining the hashtag #GaysforTrump, called the incident a “hate crime,” claiming that if it had been Democrats on that field, no one would have been shot. He also said that the Democratic Party has “blood on their hands.” 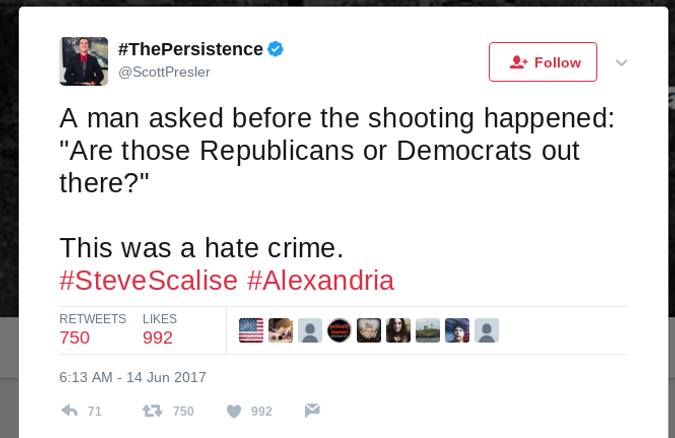 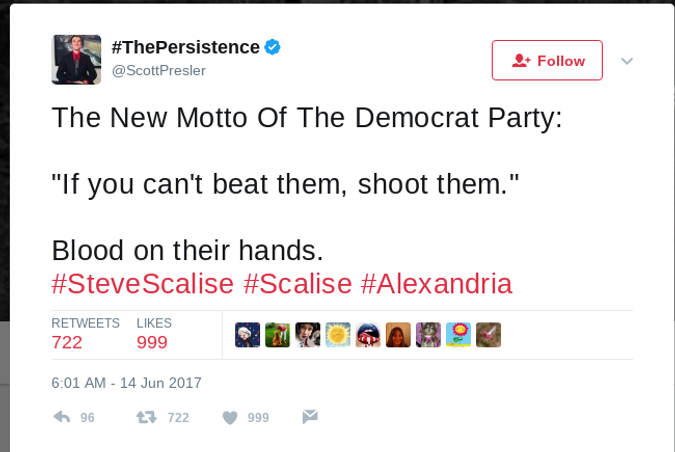 Jack Posobiec, dubbed by the New York Times a ‘pro-Trump conspiracy theorist’ also took to Twitter, referencing the NYC adaption of Shakespeare’s “Julius Caesar,” which created controversy by casting a Trump-like figure as Caesar and questioning whether or not the show would continue following the shooting. 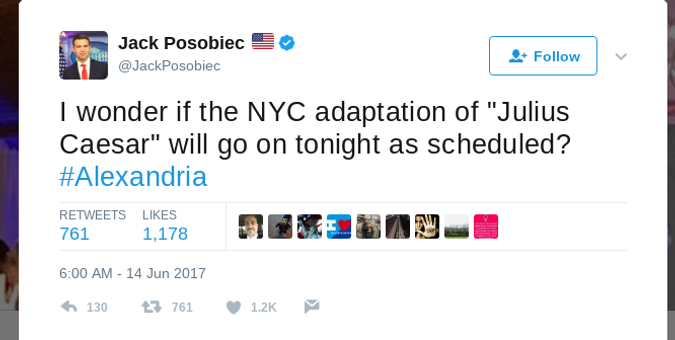 Breitbart, a far-right website co-founded by White House Chief Strategist Steve Bannon, criticized statements made by Virginia Governor Terry McAuliffe (D) following the shooting, in which he told former New York Times assistant managing editor Jim Roberts that there are “too many guns on the street.” Breitbart writer AWR Hawkins fought against McAuliffe’s claim that 93 people a day die as a result of gun violence, arguing that the number is inflated by including firearm related suicides.

Conservative commentator Ann Coulter criticized NBC’s coverage of Hodgkinson’s social media page on Twitter, claiming that the network was reluctant to admit that he was a Bernie Sanders supporter. 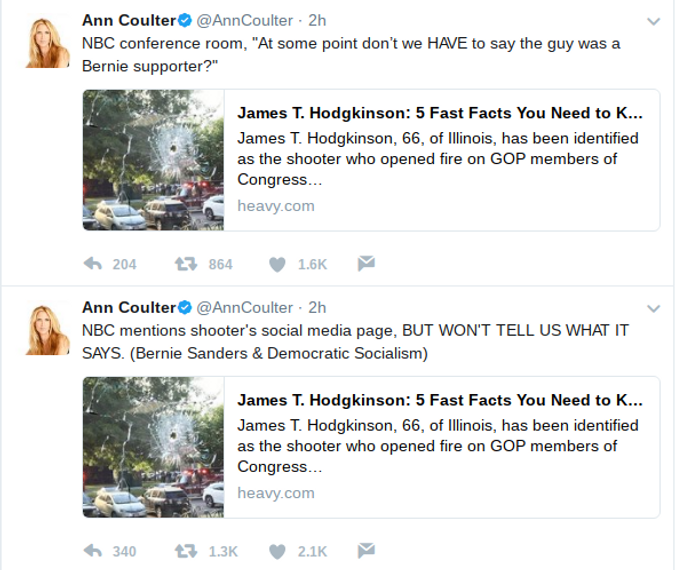 She also spoke out against the media’s depiction of the shooter compared to depictions of jihadist terrorist. 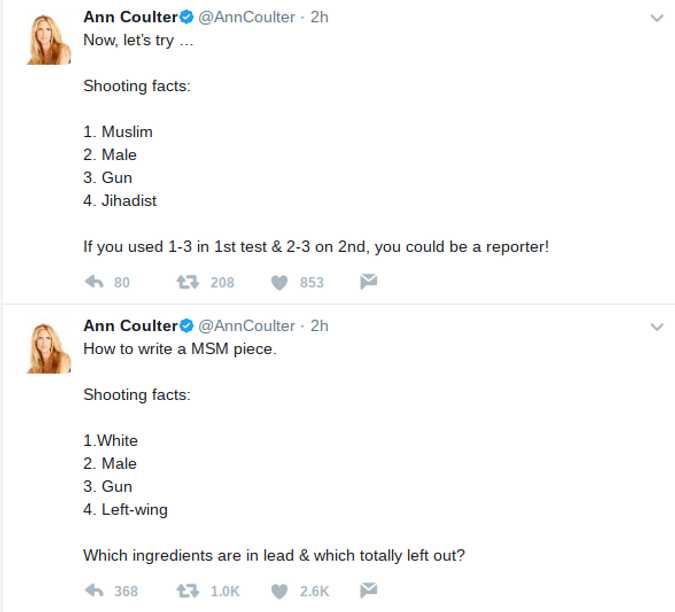 UPDATE: This article has been updated to reflect the death of shooting suspect James T. Hodgkinson.