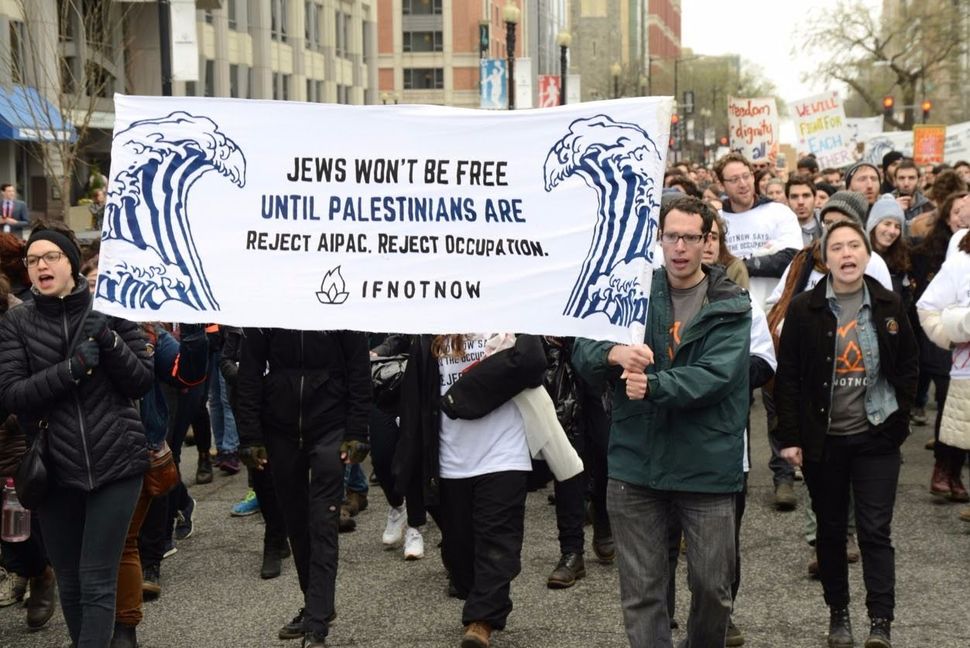 The Israeli occupation in the West Bank has polarized the American Jewish community. One demonstration of this fact is in IfNotNow, who has emerged as one of the most influential movements on the Jewish left. Members of IfNotNow are expressing their disdain for Israeli policy by actively pushing American Jews to stop supporting the occupation.

In the 11th episode of Fault Lines’ first season, Daniel Gordis and Peter Beinart discuss IfNotNow, its protest at AIPAC, and its implication for the future of the American Jewish community. Peter Beinart has written about IfNotNow in the past, from a complimentary and critical perspective, and espouses a generally favorable opinion towards the young group. At the beginning of this podcast, Daniel Gordis calls them naive, and stated that he “was infuriated” by IfNotNow’s actions at the AIPAC Policy Conference.

While listening along to the podcast, you may be confused about certain points that Gordis and Beinart bring up. IfNotNow’s website shows their platform, their blog, and their future actions.

Inside of the building that IfNotNow was protesting, AIPAC held their annual policy conference to bring people together to demonstrate “the full scale of pro-Israel activism in three powerful days,” according to their website.

Ahad Ha’am and Theodore Herzl’s battle for Zionism is widely discussed among Zionists. To understand their battle, Mosaic wrote extensively on the approaches to Zionism that each took, and how it affected the current state.

Do you believe the two-state solution is still viable? Let us know in the comments section.

Let the world know what you think about Fault Lines – rate our episodes, and share your thoughts in a review on iTunes.

Support for Fault Lines comes from Edward Blank, whose generosity makes this program possible, and from readers like you.