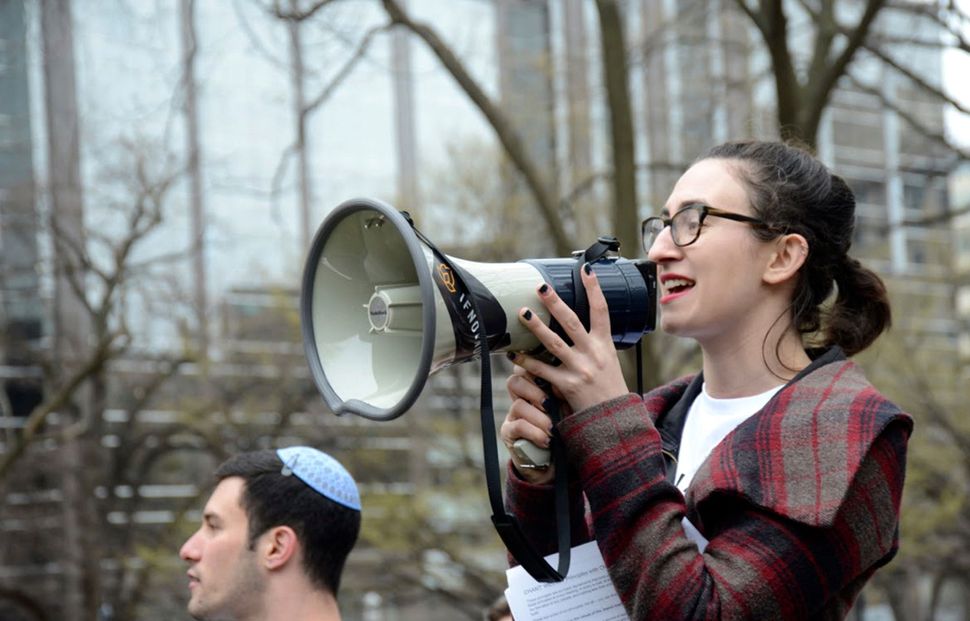 In a column last week, I compared IfNotNow, the Millennial-powered movement challenging American Jewish complicity in Palestinian repression, to Black Lives Matter. That upset some people,including IfNotNow itself, which issued a statement rejecting the comparison.

Activists may sometimes conceal their private disagreements in the name of movement unity. Writers should not. They best serve the movements they admire by following their own independent vision. Slavish agreement isn’t true friendship; it’s propaganda.

IfNotNow had two problems with my column. First, it claimed the column “dismisses the existence, experience, and resistance of Black Jews.” Really? IfNotNow organizes itself around Jewishness. Black Lives Matter organizes itself around blackness. To compare the two is not to suggest that those categories are mutually exclusive.

Second, IfNotNow said my “comparison fails to acknowledge the difference in privilege and power dynamics within our movements  —  IfNotNow is a mostly white-led movement and unlike Black Lives Matter, is not a movement of those most directly impacted by the problem it seeks to address.” That’s true.

It’s also blindingly obvious. Of course American Jews don’t suffer from the Israeli occupation in the way that black people suffer from American racism. Comparisons emphasize certain similarities between different things; they don’t imply that those things are similar in every way.

I was explicit about the basis of my comparison: IfNotNow and Black Lives Matter are Millennial-led movements that emphasize direct action in response to disillusionment with a liberal president’s inability to bring fundamental change through the electoral process. I was also explicit a couple of years ago when I wrote a column entitled “He’s Like Ike,” about the ways in which Barack Obama’s foreign policy resembled Dwight Eisenhower’s. My column failed to detail the myriad ways in which Obama — as a black man whose presidency has been shaped by the racism directed toward him — is “not like Ike.” But that wasn’t its point.

IfNotNow wants to show that it recognizes that, as a Jewish movement composed mostly of white people, its members enjoy a privilege that African Americans and Palestinians do not. Good. Challenging the cult of Jewish victimhood that blinds Jews in America and Israel to the moral responsibilities of their power is important. I’ve made it a central theme of my work.

But it’s also important to recognize that even people with privilege and power have the right to their own judgments, even when they contradict the judgments of people who lack that privilege and power. When the veteran democratic socialist Irving Howe met the young activists of Students for a Democratic Society (SDS) in 1963, he worried about their unwillingness to criticize the communist revolution in Cuba. The SDS activists felt that criticizing Fidel Castro would make them complicit with a United States government that had tried to overthrow Castro, and other left-wing governments in the developing world. But Howe — who had battled Stalinists in his youth — worried that SDS’ desire to avoid complicity with the oppressive and imperialistic right was blinding it to the potential injustices and untruths that might emanate from the left.

I worry a bit about that these days. Last year, when Black Lives Matter unveiled its Movement for Black Lives, establishment Jewish groups denounced its condemnations of Israel. IfNotNow did not want to be complicit with a Jewish establishment that apologizes for Israeli abuses and often ignores systemic racism in the United States. So it condemned the condemnations and ignored what the platform actually said about Israel. “We refuse to be distracted,” it declared, by “11 words in the Movement for Black Lives platform.”

I understand the impulse. The core moral problem facing American Jews is Israel’s control of millions of Palestinians who live without basic rights. Still, the Movement for Black Lives accused Israel of orchestrating a “genocide taking place against the Palestinian people.” That’s inaccurate. International courts have reserved the term “genocide” for Nazi Germany, Rwanda and the former Yugoslavia. As unjust as Israeli policy is, it doesn’t merit the word. And given our history, Jews have every right to say so.

It worries me that IfNotNow couldn’t say that. The “no enemies on the left” impulse that Howe noticed in the early 1960s has echoes among Millennial activists today. And it’s a problem. Howe suspected that if SDS didn’t develop the habit of criticizing left-wing dishonesty and illiberalism early on, it never would. He was right, and that inability hurt the New Left later in the decade, as SDS spinoffs embraced totalitarianism and violence. If you don’t think that’s possible again, just look at what happened earlier this year at Berkeley and Middlebury.

IfNotNow and Black Lives Matter, for all their obvious differences, are both manifestations of a generational political awakening that holds tremendous promise. America — and the American Jewish community — badly needs the change they’re trying to bring. Older progressives like myself can help that process by offering our admiration, our support, and yes, sometimes our criticism, too.

Peter Beinart is a Forward senior columnist and contributing editor. Listen to his podcast, Fault Lines, with Daniel Gordis here or on iTunes.