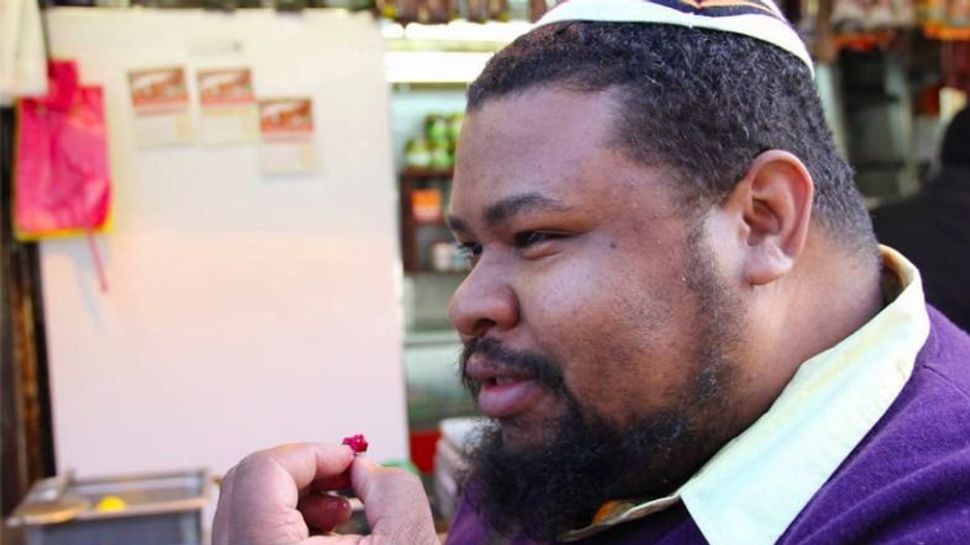 It’s no secret that the Obama presidency was a huge chapter in the book of flashpoints that is the relationship between African and Jewish Americans. It’s a bizarre pendulum swinging both ways, from my 2008 Obama yarmulke to uncomfortable moments in my Hebrew school classrooms, where some of my students compared the president and his rousing speeches to Hitler. Even then, in most of the liberal and egalitarian synagogues in which I taught, much of the talk was positive but uncomfortably lukewarm.

For many Jews of African descent in North America, “uncomfortably lukewarm” has described the past eight years well. For the majority of African people around the planet, the Obama years were at the very least a symbolic triumph of black achievement. For Jews, the Obama was a push-pull between the success of Jewish liberal activism and advocacy and more conservative approaches that questioned Obama’s worthiness as an ally of Israel. Obama the candidate famously had his sacrosanct note at the Western Wall ripped out and analyzed for tabloid curiosity, while Obama the president hosted Seders but refused to meet with Benjamin Netanyahu after the two frequently squabbling leaders differed over the Iran nuclear deal, among other issues. All the while, in good and bad, we Jews of color have been here fielding questions, overhearing racist insults, trying to figure out our place in a mixed bag.

But kushi? Kushi is deep. Disagree with the guy, sure. Dislike his policies. Use your vote as you will. But kushi? As an African-American Jewish guy, this kind of talk makes you feel like dreck. For many of us, proud of our past president and his accomplishments but realistic about his limitations, this particular use of kushi is not just an insult to him, it’s an insult to all of us.

Kush was the name of the empire spanning from southern Egypt through Sudan to Ethiopia, as known in ancient times. “Kushi,” or Kushite, became one of several Hebrew vernacular terms for “African” or “a black.” On its own — like shvartze, which is Yiddish — the term is not inherently offensive or derogatory, in the same way the word for “European,” in West African languages, is not at face value an epithet, but merely an implication of outsider status.

Context, context context. When flashpoints emerge, these words take on a life far beyond being descriptors. A social media friend described how she visited a friend’s apartment in Israel, and the landlady called the police, warning her friend that there was a kushi in her apartment that needed to get out. The police ultimately ignored the landlady, but damage was done.

In 2005, I was Howard University’s only student to attend a Chabad Shabbaton in the Crown Heights section of Brooklyn. Never once was I referred to as a shvartze. I was referred to repeatedly as “colored,” but not a shvartze. In all my travels in the American South, I had never heard the word “colored,” and when I did it jarred me. I was less surprised that anyone still used the term than I was at the willingness to apply it to me. I had come to Crown Heights to be Jewish, not “colored.” Most of my experience was positive and spiritually enriching, despite a few stares and awkward moments when I didn’t know if “colored” or Jewish prevailed in the mind of the beholder.

This experience taught me a lot about “race” and nomenclature outside the usual walls of American cultural discourse. Am I mishpokhe, family, or not? If I am, do these words really apply to me, and if all humans are descendants of the Adam creature, then are we all mishpokhe? If we do not like each other’s choices or behaviors, we should use language that articulates our moral or ethical disappointment and not resort to lazy language that rips open wounds and lays bare the worst impulses in humanity — to judge on appearances and not evaluate the nuances of argument, character and intention.

Jewish people are not just diverse, we are also a layered nation among the nations. As such, it is imperative we remember that the face of the Jewish people is a matter of evolving context. There are no off-the-shelf types of Jews. We are all equally the face of Jewishness, or there is no Jewish face. And if you don’t believe me, believe the immortal words of Hakam Lenny Bruce, the Vulgar: “Negroes are all Jewish.”

Michael Twitty writes the blog Afroculinaria and is the author of the forthcoming book, “Cooking Gene: A Journey Through African-American Culinary History in the Old South” (Amistad). He can be followed on Twitter, @Koshersoul