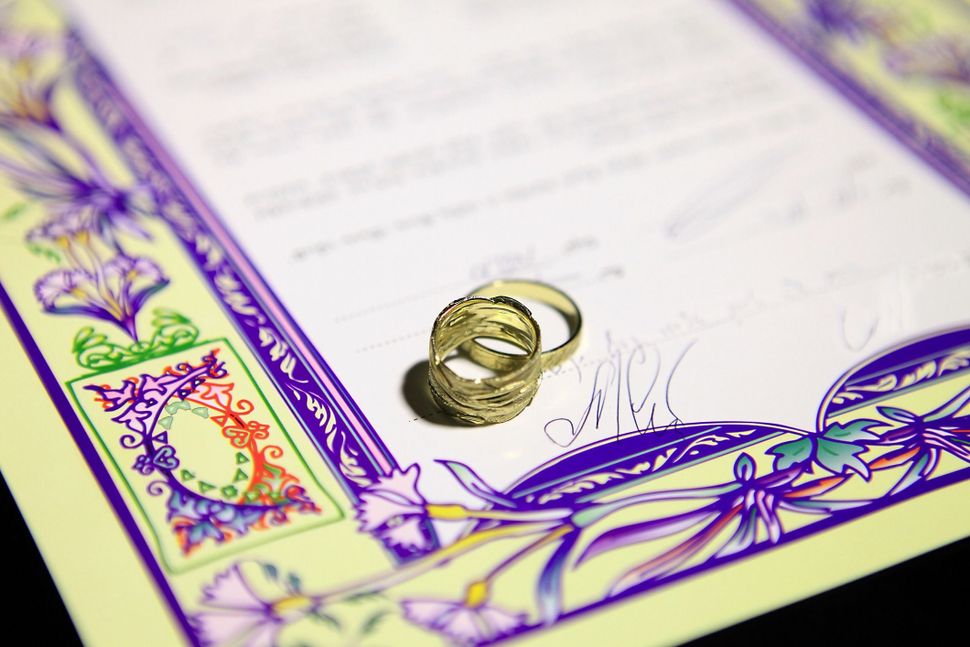 When Abraham Cahan was editor of the Forward from its founding in 1897 and for much of the next 50 years, he could leave the newspaper offices on 175 East Broadway, wind his way through the crowded streets of the Lower East Side, pass by schools and synagogues and shops, and literally touch his readers.

Now, as the Forward’s editor-in-chief, when I leave my office in lower Manhattan, I walk down the street and see just another Starbucks.

But running a news organization today is no less a conversation with readers than it was in Cahan’s era. We’re just talking on a different platform, through a digital space that affords tremendous access and interaction, if we go there.

I’m going there with this newsletter.

Every week or so, I intend to share my insights and experiences, point out terrific stories or columns that you may have missed, let you in on the happenings in our newsroom, highlight the work of other journalists and, I hope, engage you in what we do.

I welcome your comments and critiques — sent to JaneEisnerEIC@forward.com — and will try to respond to as many as I can.

After our offices were reshuffled a couple of months ago, I now sit at Cahan’s old, mahagony desk. He used a typewriter with Yiddish keys. I use a laptop to type in html. They are simply different tools with the same mission, to tell the American Jewish story better than anyone.

And just across the street, I can get coffee.

Should Jews Be Able To Marry the Jew-ish?

When the Pew Research Center released its groundbreaking national survey of American Jews in October 2013, one of the blaring headlines was the dramatic increase in intermarriage. Like many, I was distressed at both the trend lines and the consequences — the data showed that by just about any measure, interfaith families were much less involved in Jewish religious and communal life than their in-married peers.

I still worry about those findings, but I will admit that in the intervening years, my concern has softened. In part it’s because people I know and love, family members and friends like family, are marrying non-Jews and are working hard to keep up our tradition nonetheless. Or maybe I’m just learning to accept the inevitable.

For these reasons, I was captivated by Amichai Lau-Lavie’s attempt to reconcile his reverence for Jewish law as a Conservative rabbi with his recognition of the way boundaries between Jews and everyone else are melting away, in his community and beyond. You can read about his new proposal here.

Then, a few days after he unveiled his proposal, Congregation B’nai Jeshurun, an innovative, independent synagogue on Manhattan’s Upper West Side, announced that its rabbis would officiate at marriages between Jews and non-Jews as long as the couple promises to raise its children in a singularly Jewish household.

We may be at an inflection point, and I’m not sure what this portends, especially for Conservative Jews. But I am fascinated by the discussion, and judging from the response, our readers are, too.

Here’s what else I’ve been writing about

The missing religious argument in the birth control debate and, after the shocking shootings at the Alexandria ballpark, I called on the progressive left to own up to its role in the coarsening of our public discourse.

In my research on birth control, I found this feisty essay by Michelle Ruiz in Vogue, challenging Ivanka Trump to champion the cause of the women she claims to represent (or at least hopes to keep as customers.)

Like so many journalists, I stand in constant awe of Maggie Haberman, whose reporting on Donald Trump in the New York Times is always a must read. I know she writes a lot. I know she appears on CNN a lot. But until I read this story by Carlett Spike on Columbia Journalism Review, I had no idea that she averages about 140 tweets a day. Great opening line: “When you start reading this story, Maggie Haberman will likely have just tweeted. By the time you finish, she’ll probably have tweeted again.” Does she ever sleep?

Had she lived, the great Katharine Graham, publisher of The Washington Post, would have turned 100 years old last week. I used to assign her Pulitzer Prize winning autobiography “Personal History” when I taught about journalism in college seminars. So I loved reading this behind-the-scenes account of the making of her memoir, written by the woman who helped her write it, Evelyn Small.

Finally, the adorable spaniel who saved the life of a couple caught in a fire in a kosher supermarket in London — here’s our story — looks awfully like my own dog did when he was younger and more active. He’s 15 years old now, ancient for this breed, and showing his age. Would he give his life to rescue us? I hope I never have to find out.

This week I will, of course, be following the cascade of news that is emanating from Washington D.C., with a special focus on the Jews in the White House and the effects on policies and programs. Look more from us on the intermarriage debate. And here at the Forward, we will be ending one era in our long history and beginning another, exciting one. Stay tuned.