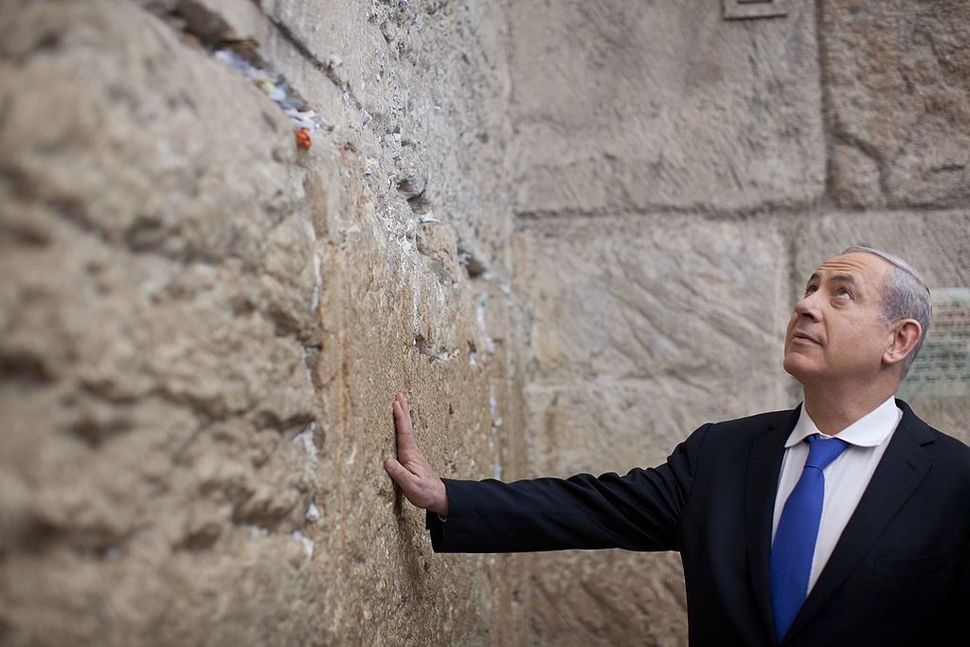 Seventeen months after a historic deal was reached that would allow egalitarian and non-Orthodox prayer spaces at the Western Wall, Israel’s governing cabinet suspended the agreement, bowing to pressure from Haredi parties in the government who wish to maintain the status quo.

Reaction throughout the Jewish world has been swift and loud. Diaspora Jews, particularly those of Conservative and Reform backgrounds, have expressed near universal outrage over the move for excluding their religious practices and ignoring progressive calls for egalitarian spaces. In Israel, some commentators believe that Prime Minister Benjamin Netanyahu is alienating core Diaspora supporters of Israel for the sake of preserving his own political skin. But defenders of Netanyahu have surfaced within more religious and nationalist circles.

Here’s a sampling of opinions from Jewish leaders and writers.

Jane Eisner, The Forward: “How Bibi Just Gave Liberal Jews The Finger — And What We Can Do About It”

“Most Israelis have little interest in what happens there, but the extreme, often vicious, administration of this sacred space is a living expression of the dictatorial power of the ultra-Orthodox rabbinate, which controls conversion, marriage, divorce, burial, transportation — the most basic aspects of everyday life. The Kotel was supposed to belong to everyone. That’s what [Jewish Agency chairman Natan] Sharansky said when he unveiled the agreement. Now it belongs only to the ultra-Orthodox minority that has a stranglehold on a prime minister more interested in staying in power than actually representing the Jewish people, as he claims to do.

“There are national heroes buried at the army cemetery in Har Herzel, and no one would ever suggest that American Jews can decide how burials will be conducted there, or how ceremonies should be held, the same way that Israelis can’t influence the regulations concerning visits to the Lincoln Memorial in Washington. That’s the nature of the territorial application of democracy. Every Jew in the world who wants to influence the Israeli government and the policies of the coalition and the Knesset in any area, whether it be with regards to conversion or religion and state, can immediately use their right based on the Law of Return to move to Israel and vote in Knesset elections for whichever party he or she wants. So long as people choose to remain in the Diaspora, they have an obligation to show a degree of modesty towards how Israelis choose to run their country, rather than to criticize and attack.”

David Horowitz, The Times of Israel: “Netanyahu To Millions Of Jews: We Don’t Really Want You”

“[Netanyahu’s] decision is both short-sighted and fraught with long-term danger. Some critics rushed to call it a divorce from the Diaspora. If it’s not quite that, because the damage is not yet irrevocable, it is certainly the sign of a marriage in deep trouble.”

David Israel, The Jewish Press: “Kotel Stays Divided, If You Don’t Like It Make Aliyah and Change Government”

“Netanyahu added that he plans ‘to bring about a partial solution. The future of the Jewish people will be determined in Israel, and we should not neglect our brothers and sisters in the Diaspora, and especially in the United States.’ Not necessarily, should Jewish non-intermarried rate and birthrate continue their rapid decline, in a decade or so we may not have non-Orthodox brothers and sisters to worry about (60% of 25- to 54-year-old non-Haredi American Jews are married to non-Jews and and 50% of 25- to 54-year-old American Jews are childless).”

Yaakov Katz, The Jerusalem Post: “Shameful Day For Israel As It Freezes Plan For Pluralistic Prayer Site At Kotel”

“A part of me understands Netanyahu. He was presented with threats from Haredi leaders Ya’acov Litzman, Moshe Gafni and Arye Deri, who said they would topple his coalition if he didn’t cancel the Kotel deal. Without them, he has no government.On the other hand, Israel is meant to be the state for all of the Jewish people. It is meant to be a place where all Jews can feel at home, can pray freely and practice their religion the way they want – with respect and dignity. It was one thing when the cabinet passed the Kotel deal in 2016, but then got stuck with its implementation. At least on the surface it seemed to be trying to move things forward. Now, the message to millions of Jews around the world is that Israel simply doesn’t care about them.”

“It’s hard to really feel sorry for our dear brethren in the Jewish Diaspora. First of all, because, with all due respect, neither I nor any Israeli that I know of care one way or another whether women are allowed to pray with men at the Western Wall. It is a cause that Israelis find curious, if not bizarre, a sign of how detached Reform Jews are from the realities of Israeli life. Even as a symbol, it’s rather weak when compared to religious coercion and state-sanctioned discrimination against women and other minorities… But the real reason that it’s hard to feel sorry for Reform and Conservative Jews is that they should have known better. Many of them love Israel dearly and follow it closely, so they cannot claim to be disappointed or surprised…They may have extolled Israeli democracy in their fundraising drives for their Jewish Federation or Israel Bonds, but they should have known that on issues of freedom of religion and conscience, even the flawed democracy Israel maintains inside the Green Line is concurrently a stifling theocracy rivaled only by Iran and Saudi Arabia.