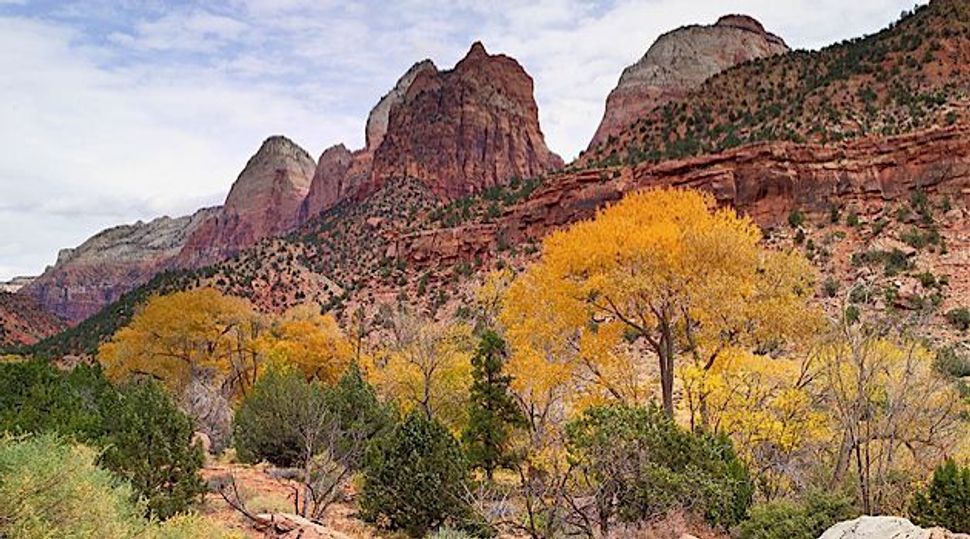 The Other Zion: Zion National Park in Utah. Image by Wikimedia Commons

More than half a dozen U.S. presidents have come from New York, including Theodore Roosevelt and Donald Trump. Some have compared the two due to their populist stances.

One of Roosevelt’s biggest domestic priorities was focusing on the need to balance development with conservation. This led him to support and sign into law the Antiquities Act, the anniversary of which we celebrate in June. This important conservation law gives the president the power to create national monuments from public lands to protect significant natural, cultural, or scientific features.

When Roosevelt spearheaded the Antiquities Act, he wanted to preserve the history, culture and landscape of the United States for future generations and to pass on the privilege of learning and benefitting from these lands. “The movement for the conservation of wildlife and the larger movement for the conservation of all our natural resources are essentially democratic in spirit, purpose, and method,” he wrote in 1916.

Now, Trump has the opportunity to take up the mantle of land conservation so important to his predecessor. But instead, he signed an executive order that calls for a review of these public lands. I urge the president to focus his efforts not on decreasing our public lands, but instead on enhancing them, preserving the lessons of American history and heritage they can provide for future generations.

As a rabbi, I find deep connections between my religious faith and protecting the sanctity of our precious lands. A story in the Talmud talks about a man planting a carob tree, knowing that he won’t live long enough to eat the tree’s fruit. When a passerby asks why he is planting a tree of which he will not eat the fruit, he responds, “I found a fruitful world because my ancestors planted such trees for me. Likewise, I am planting them for my children and grandchildren.” It is indeed a Jewish value to plant seeds for our future generations.

Public lands are for the benefit and enjoyment of all people, including future generations. Since the Antiquities Act was signed in 1906, 16 presidents, both Republicans and Democrats, have used the powers of the Act to protect America’s most special landscapes and significant historic and cultural sites that are “situated upon lands owned or controlled by the Government of the United States.” As someone who has lived in New York for more than a decade, I see that significance reflected in local national monuments such as Governors Island and the Statue of Liberty.

The Antiquities Act helps proclaim our morality as a nation. It helps us preserve both our rich history and God’s creation, and ensures that our progeny will enjoy the same. Jewish tradition teaches us that we do not own the land but rather hold it in trust for God and for future generations. I urge all members of Congress to defend our public lands to ensure that our national monuments, the shrines that guard our history, are neither diminished nor degraded. We must do all we can to ensure that national monuments across the nation are protected for future generations.

Rabbi Steve Gutow is the former president of the Jewish Council for Public Affairs and the chair of the National Religious Partnership for the Environment.