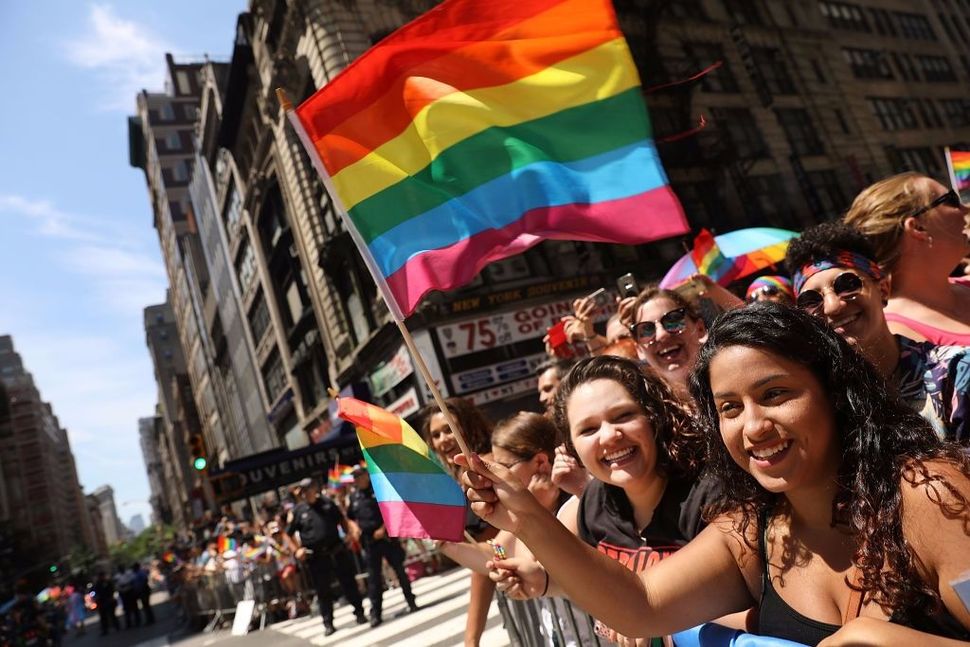 When people ask what gives me hope that the American Jewish community will one day defend freedom and justice for Israelis and Palestinians, rather than defending Benjamin Netanyahu, I answer: “If Not Now.” A Millennial-powered movement, speaking in an authentically Jewish idiom, which challenges American Jewish leaders to meet the moral responsibilities of power, is exactly what American Jewry needs.

There are basically two versions of what happened at the June 24 march. The first is that the organizers of the militantly left-wing LGBTQ protest rally evicted a handful of marchers because they were Jewish. That’s probably wrong. As Jewish Voice for Peace-Chicago has noted, “Many other Jews…were present at Dyke March wearing Jewish symbols, including Stars of David, t-shirts with Hebrew, kippot, and sashes with Yiddish script, and none of them were asked to leave the event, interrogated about their politics, or were the target of any complaints because of their visible Jewish presence.”

The second version, which is likely closer to the truth, is that the marchers were evicted for being Zionists. The marchers, at least one of whom works for a group that combats the “demonizing and delegitimizing” of the Israeli government, waved rainbow flags with a Star of David in its center. March organizers claim they also tried to drown out pro-Palestinian chants, though that’s disputed. Either way, some Palestinian marchers objected. When the Jewish marchers acknowledged that they were Zionists, organizers explained that Zionism violated the march’s “anti-racist core values” and asked them to leave.

In response, If Not Now’s Chicago wing issued a statement. It denied that the removal of the marchers constituted “an explicit targeting of Jews with Jewish symbols” and claimed instead that it “was part of a larger, longer conversation around Palestinian liberation.” That’s oddly euphemistic. The marchers were ejected for being Zionists. If Not Now itself does not do that. On its website, it declares, “We do not take a unified stance on BDS, Zionism or the question of statehood.” That means that Zionists, as well as anti-Zionists, are welcome.

Why is it okay for the organizers of the Dyke March to impose a litmus test that If Not Now itself does not? The next paragraph hints at an answer: “We believe it is essential to uphold the leadership of queer people of color exemplified by the Chicago Dyke March Collective, and to support the important work they do.” In other words, we think the Dyke March Collective does great things, and we want to support queer people of color, so we’re going to give them a pass on banning Zionists even though we don’t support doing so ourselves.

If Not Now does not accuse Israel of genocide. But it wouldn’t criticize the 11 words in the Black Lives platform that do.

If the price of being an ally to activists of color is never publicly disagreeing with them, then the price is too high.

There’s an irony here. The American Jewish right sometimes claims that Diaspora Jews can’t criticize Israel unless they live there. They claim, in other words, that what is being said is less important than who is saying it. By giving the Dyke March and Black Lives Matter a pass, If Not Now is doing something similar. It is implying that, when it comes to Israel, what those organizations say and do matters less than who their members are.

Peter Beinart is a Forward senior columnist and contributing editor. Listen to his podcast “Fault Lines” with Daniel Gordis here or on iTunes.