Israeli Politician: We Need U.S. Jews To Play A Bigger Role In Our Politics 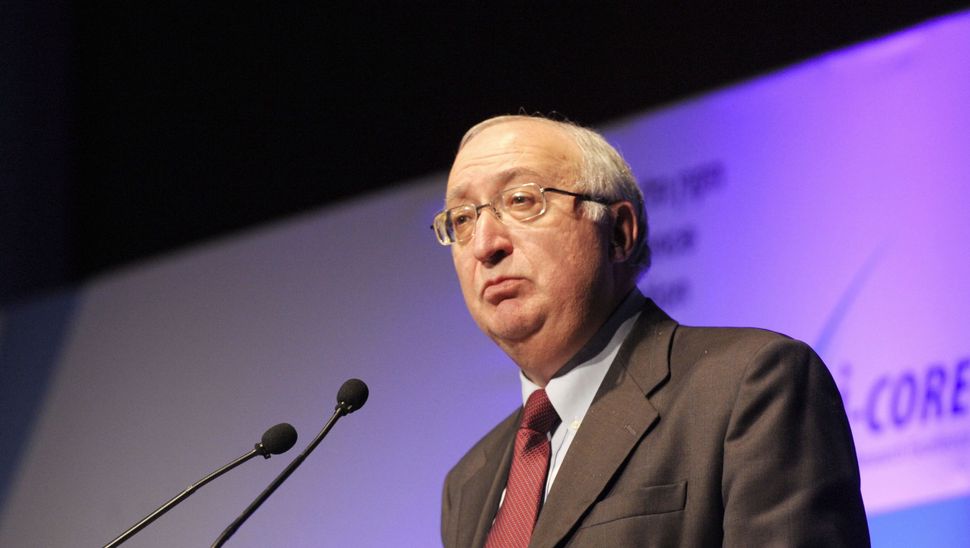 Israeli economist Manuel Trajtenberg is a Member of Knesset for the Zionist Union. Image by GPO

This time the Israeli government went too far, and it is high time for us, concerned Israelis, and for you, members of the Jewish community in the U.S., to say in unison, loudly and clearly, that American Jews must have a seat at the table.

The majority of Israelis do not support the disgraceful decisions of the Israeli government, and many among us are utterly disgusted by them. However, for most Israelis, the Western Wall and conversion are remote issues that do not affect their daily lives. Thus, it is very hard to galvanize public opinion to take decisive political action. As Israelis, we need your help to act effectively in the political arena, and to leverage the underlying feelings of the silent majority here in order to bring about a change of attitudes, perceptions and official decisions.

As an economist, I strongly believe that monopolies are bad — they harm the economy and exploit consumers. Monopolies that seek to control belief, identity, religion, culture, the humanities and the media are of the worst kind. They degrade the human condition, they stifle creativity and they poison our souls.

Unfortunately, we are witnessing in Israel the increasing use of the monopoly of power of the state and its adjoined organs, such as the Chief Rabbinate, precisely for those purposes. It has become a matter of routine: Bills are introduced to the Knesset every other week proposing ever-escalating assaults on independent thinking and freedom of expression. Not every bill becomes law (most don’t), but they nevertheless send a clear message: Beware! “We” (the government) are after “you” — those that dare differ from the official line.

The decisions about the Kotel and conversion are hardly surprising when seen in this light — they are part of the same syndrome: if the Minister of Culture derides free-thinking artists, authors and playwrights for short-term political gain, why not do the same to Reform and Conservative Jews?

Restoring liberal democracy in Israel naturally includes extending the mantle of tolerance, pluralism and inclusiveness to all Jewish communities around the world. But intolerance bordering on McCarthyism holds sway over significant parts of Israeli politics. We need to help each other. Here are a couple of concrete and feasible suggestions as to how.

Most Israelis don’t know much about the Jewish community in the U.S., certainly not young Israelis. For them, the Reform and Conservative movements sound like something alien to Judaism (as they repeatedly hear the Orthodox claim), even if they themselves are secular Jews living in Tel Aviv. They read about AIPAC, they see the plaques on buildings donated by Jewish philanthropists, and they assume American Jewish support can be taken for granted.

This leads me to my first suggestion: a massive reciprocal Birthright program. Every year, thousands of young Israelis should spend two weeks in the midst of Jewish communities in the U.S., interacting with their counterparts there, visiting Jewish institutions, discussing current issues. As with Birthright, over time the cohorts of young Israelis exposed to their brethren abroad will constitute a significant force in public opinion here, and will impact political discourse. Present ignorance and preconceived ideas will be replaced by first-hand impressions and eye-opening experiences.

We do that with the “March of the Living” in Poland, which is indeed an extraordinary project with profound consequences. The reciprocal Birthright that I am proposing has the potential to be equally important if not more, because it may dramatically inform the unity of the Jewish people in the 21st century.

The second suggestion is much more immediate: a petition with one million signatures addressed to the Israeli government, delivering a clear message that the American Jewish community is no longer going to be subservient, passive and resigned to the capricious and offensive behavior of various Israeli coalitions. From now on, American Jewry is going to assert its right to have a say in decisions that affect the global Jewish family.

We have unwittingly been thrown into a new and uncharted era in the relations between the diaspora and the state of Israel. But despite its challenges, it’s also an opportunity. Let’s take advantage of it to build a healthier and more meaningful connection, for the benefit of both sides and of future generations. One million signatures and the launching of the reciprocal Birthright project would be a good start.

Manuel Trajtenberg is a Member of Knesset and represents the Zionist Union.

Israeli Politician: We Need U.S. Jews To Play A Bigger Role In Our Politics