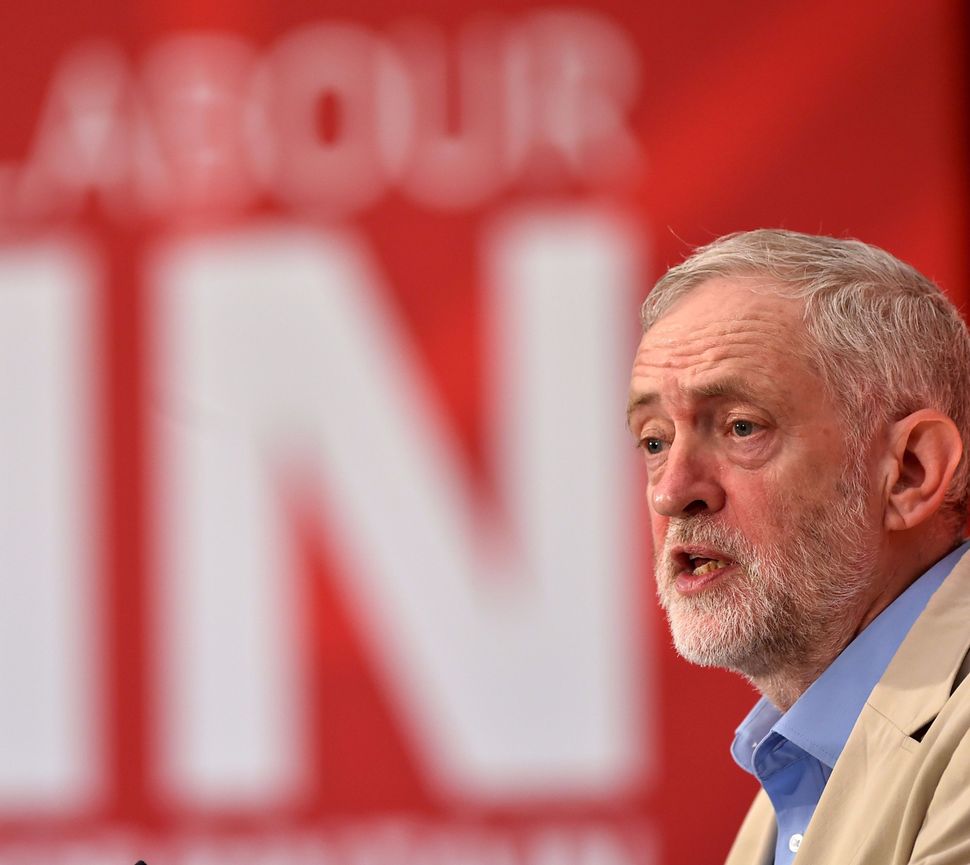 “The British elections should be a lesson for the Democratic Party,” Sen. Bernie Sanders wrote in The New York Times less than a week after race ended. Never mind that the left-wing Labour Party actually lost to the Conservative Party, much like Hillary Clinton defeated Sanders himself in the Democratic primaries. The American left, he argued, has much to learn from Labour’s “very progressive manifesto that generated much enthusiasm among young people and workers.”

A month has now passed since that election, and Labour Party leader Jeremy Corbyn and the far-left, including the grassroots campaigning organization Momentum, are in the ascendancy. There are signs that their primary task is now quashing dissent and securing the revolution inside the Party. Get on board with Corbyn or get out is the long and the short of it. Moderate Members of Parliament may be targeted by activists for “de-selection” — withdrawing the party endorsement — and replaced by ideological conformists.

One of those preyed upon in recent days has been Luciana Berger. The local party in her constituency, Liverpool Wavertree, has been taken over by Corbyn supporters who immediately demanded an apology for her prior insubordination, local press reported. Roy Bentham — previously a regular contributor to Socialist Fight, a website run by the anti-Zionist conspiracy theorist Gerry Downing — said, “The next time she wants to vote for bombing in Syria or to pass a no confidence motion in the leader of the party, she will have to be answerable to us.”

This ominous and obvious intimidation fits a pattern on the far-left, an unhealthy obsession not only with women — BBC journalist Laura Kuenssberg, Labour MP Yvette Cooper, and so on — but more specifically Jewish women. Most infamously, at the launch of a botched report into anti-Semitism in the Labour Party in June 2016, Ruth Smeeth stated that she was “verbally attacked by a Momentum activist and Jeremy Corbyn supporter who used traditional anti-Semitic slurs to attack me for being part of a ‘media conspiracy.’”

After that incident, Smeeth was called a “yid,” a “CIA/MI5/Mossad informant,” and a “traitor.” She was not alone. Margaret Hodge received anti-Semitic emails after she instigated a vote of no confidence against Corbyn in July 2016. In Liverpool Riverside, the far-left created what a local councilor called an “intimidating and hostile” atmosphere for Jews, which included going after their MP, Louise Ellman, who is also vice-chair of Labour Friends of Israel.

It has long been known that the British far-left has an anti-Semitism problem. Momentum’s former vice-chair, Jackie Walker — who once argued that “many Jews were the chief financiers of the slave trade” — is far from being ostracized; she is taking her one-woman show, unbelievably and brazenly entitled “The Lynching,” to the Edinburgh Festival Fringe. And former London mayor Ken Livingstone, he of “Hitler was supporting Zionism” fame, was merely suspended but never expelled from the Labour Party, leaving room for him to return in April next year.

More than anti-Semitism alone, however, these attacks on Berger and others are one manifestation of the noxious nexus between anti-Semitism and misogyny on the British far-left. Corbyn himself has at the very least associated himself with this bigotry, for example, in his praise for his “friends from Hamas,” whom he described as champions of “long-term peace and social justice and political justice.” In Gaza, where riding a bicycle is an act of defiance and authorities routinely ignore honor killings, what Hamas have done to advance women’s rights is anyone’s guess.

Much the same could be asked of his “friends from Hezbollah,” or, for that matter, the Iranian regime, to which Corbyn is connected, since he took £20,000 for several appearances on its propaganda network, Press TV.

Not to mention that in October 2016, Corbyn spoke at an anti-racism conference linked to the Socialist Workers Party, a discredited, extreme faction previously accused of covering up rape and sexual violence inside its ranks.

Nothing about this is admirable in the slightest, so it is odd that Sanders rushed to tell The Washington Post on the night of the election that Corbyn had run a “very positive and effective campaign.” Clearly, he hasn’t been following events in Britain very closely at all.

If there is a “lesson” for the Democratic Party, as Sanders carelessly suggested, it is that there is much in Corbynism for the American left to avoid: politics by bullying, threats and intimidation, and a mix of anti-Semitism and misogyny that the far-left seems incapable of recognizing.