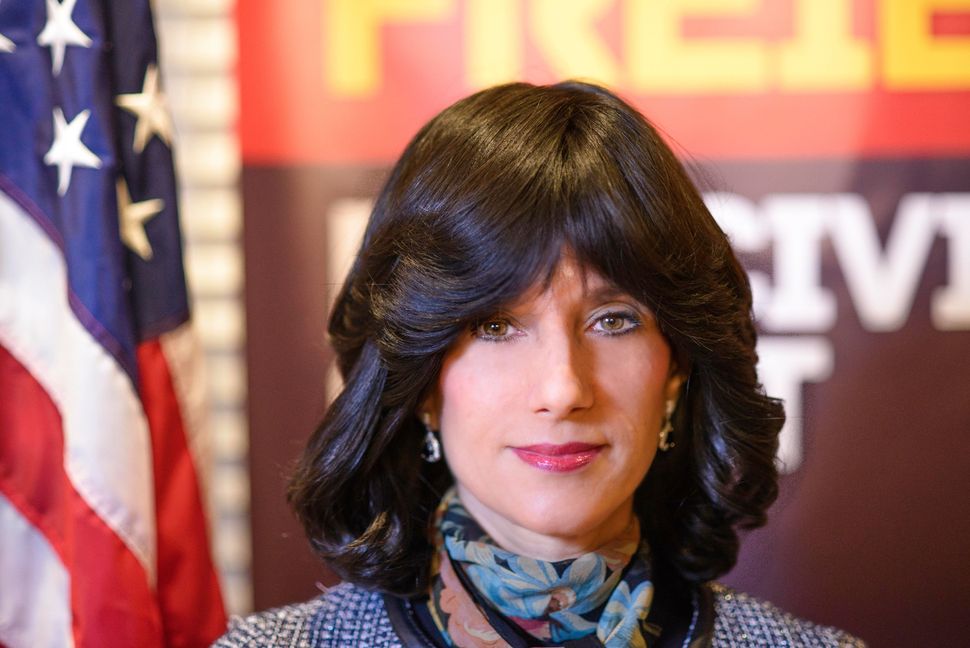 The Orthodox community was rattled last month when 20-year old Malky Klein, daughter of Avrohom and Rifka Klein of Boro Park, died of a heroine overdose.

Social media flooded with tearful reflection. A podcast interview with Klein’s father went viral. A video tribute to the young woman got 28,000 views within a week. Over $250,000 was raised online, in Malky’s memory, towards an Israeli organization which works on early intervention in the Orthodox community.

But what stood out most was the reaction of Ruchie Freier, the only Hasidic woman judge in Brooklyn.

In an essay for the Haredi site VosIzNeis rife with religious terms and quotes from holy texts, Freier implored her community to consider the much deeper root of the problem which killed Klein — far deeper than any drug epidemic. Instead, she blamed the school system for Malky’s death.

In far too many Orthodox schools, children with learning disabilities are ruthlessly discriminated against, often thrown out of schools for their academic track record alone. Not a single religious girls high school would take Malky Klein, Freier writes, no matter how hard the girl tried:

“Malky personally wrote letters to other school principals and begged to be given the chance, all to no avail. Alas, despite all her efforts she cried to her parents ‘What it takes girls in my class seconds to learn, takes me hours. If this is what it means to be a good girl, it’s not for me!’ And that was the beginning of the tragic end for Malky. A sweet girl, who was so misunderstood and hurt, despite the unconditional love of her wonderful parents.

As we reject more children, the death rate goes up. The Chazon Ish said that a decision to expel a child is Dinei Nefoshos [a judgment of life and death] and halachically requires a Bais Din [religious court] of 23 members.”

But Malky’s situation is far from unique. Freier is describing a problem that has become tragically common in the community. In a world ruled by paranoia, where social status is everything — slightly above Divine Torah or law — parents will do everything necessary to keep their child in as elite an environment as possible, for the sake of a family’s reputation and of course their marriage prospects. And if it means pushing another child out, so be it.

Freier describes how she herself went to a principal, to plead for Malky to be accepted, despite her challenges. The principle was reluctant to take Malky in, “because there was negative information out there,” Freier writes:

“The principal quietly told me that several mothers were calling her, exclaiming that if Malky Klein is accepted, they will take their daughters out of the school. In fact, the principal said that one of the mothers explained that she was related to the Kleins and thus had first hand information of what transpires in their home and strongly urged the Rebbetzin not to accept Malky. This required my investigation, which revealed that no such cousin existed. This is merely one example of the exaggerated and/or false reports that were made by mothers in the class.”

Vicious rumor-mongering, and the inability to accept someone slightly different, is having deadly consequences.

Freier notes that it wasn’t always like this. “I had classmates from a variety of backgrounds, and some girls had parents who were not frum [Orthodox] from birth,” she writes. “We all got along, our teachers valued each student, and encouraged us to reach greater heights in our connection to Hashem. Some girls in my class had learning disabilities, but in those years, we didn’t know it, we just knew they failed most of their tests. No one thought that these girls didn’t belong….no one’s parents called the school to complain or have them expelled.”

But a shift has occurred since then, and Freier notes its source.

“We thought we knew better than our parents and we were going to bring Torah to a level of unsurpassed excellence – we heralded the advent of Mitzuyanim [‘excellers’] — yeshivas and schools with higher standards, and disenfranchised many students who could not keep up. Thus began the Churban [‘destruction’] of our generation….the rejection of so many innocent children left behind, hurt and destroyed.”

Freier is brave for speaking out — few can, not least because those who do so are often pressured back into silence. In January 2016, Orthodox LA-based philanthropist Shlomo Rechnitz gave a blistering speech at a Lakewood charity dinner, accusing religious schools of “bloodshed”, describing the situation of children being turned away as a “mahalah”, a disease, which has infected Orthodox society at large.

“Many of us have created for ourselves a new Torah, a new Yiddishkeit [Jewishness], that makes us feel good about ourselves, but has little to do with the Torah that He gave us 3,300 years ago,” Rechnitz said. “We turned our frumkeit [Orthodoxy] into an idol, and we have forgotten some of the basic tenets of Yiddishkeit.”

Rechnitz blasted the “elitism” of the community, and the “ugly superiority complex” that has been adopted. But he was pressured to recant, and ultimately agreed to “remove himself from the conversation”.