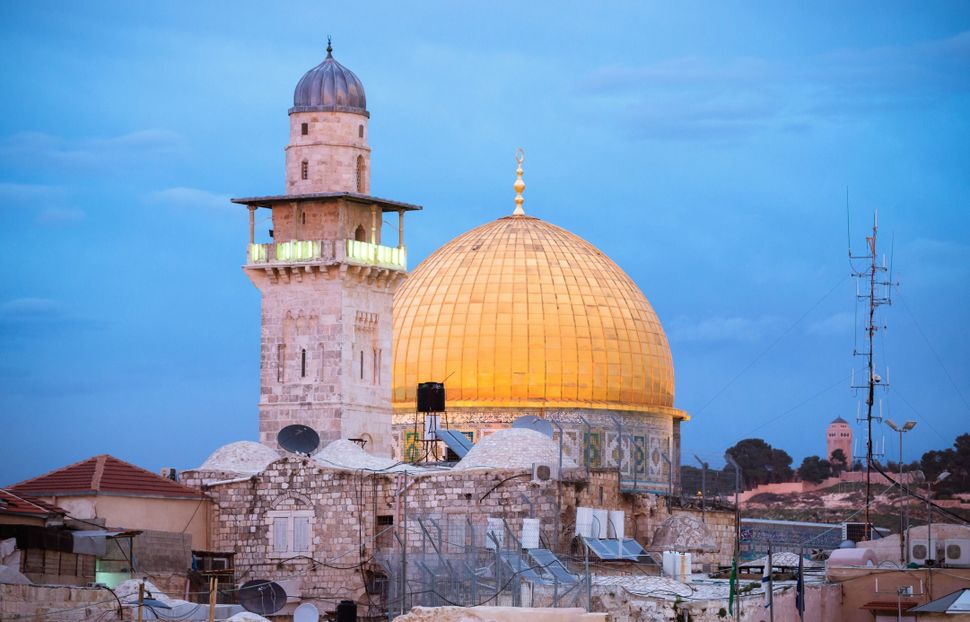 Three weeks after the murder of two Israeli policemen on the Temple Mount esplanade by three Israeli Arab Islamists, the crisis appears to be over. There is still a standoff in Israel’s relations with Jordan—a derivative of the Temple Mount incident that involved the shooting by an Israeli security guard of two Jordanians. Then too, the slightest incident could still cause another eruption of violence and religious fervor on the Mount.

Still, this is an appropriate juncture to sum up what we have learned in the course of the past three weeks. The insights and lessons are everywhere. They concern decision-making under stress by all the relevant leaders, the response of the broader Arab region, a very evident rise in Muslim and Jewish religious fervor, the nature of Israel’s “sovereignty” on the Mount, and the strategic implications for the Israeli-Palestinian conflict.

First, though, it behooves us to recall how this began and how the flames were fanned: by Islamist-inspired aggression against Israeli police on the Mount, against a family in the settlement of Halamish, and apparently against an Israeli official in Jordan. That these attacks could possibly have been prevented or mitigated renders them all the more painful. They reflected a dangerous degree of Israeli tactical security complacency that is hopefully being remedied. But the flames were also fanned and the crisis exacerbated by Israeli strategic mistakes and leadership lacunae.

This points to lesson no. 1: viable and tested decision-making mechanisms available in Israel for security emergencies were not invoked. Prime Minister Netanyahu deployed the disastrous metal detectors without consulting his entire security community. Nor did he consult his neighbors and partners in administering the Mount: Jordan, the Palestinian Authority and the Waqf Muslim endowment they control. Then he promptly went abroad, under the false illusion that he had solved the problem.

A related insight concerns domestic political constraints. Throughout the crisis, Netanyahu’s first concern was to placate his ultra-nationalist political base lest his bad decisions and ultimate concessions provoke a government coalition revolt at a time when he is under the shadow of multiple corruption investigations. So he stuck with the metal detectors even after his security establishment caught up with him and advised to remove them. He publicly embraced the security guard from Jordan and withdrew the entire Israel Embassy staff from Amman even though this radically hurt relations with a strategic ally. And he called for the death penalty for the Halamish West Bank terrorist killer despite knowing full well the incentive this would provide Hamas to kidnap and publicly execute Israelis.

But Netanyahu was not alone in acting against his strategic interests to placate a constituency. King Abdullah of Jordan, confronted with widespread protest from his Islamist and Palestinian “street” and insulted by Netanyahu’s treatment of the embassy incident, threatened to break off relations. Indeed, he is still threatening, even though in the current regional climate Jordan needs to collaborate with Israel at least as much as Israel needs Jordan. And Palestinian leader Mahmoud Abbas (Abu Mazen) suspended security cooperation with Israel despite the fact that the Israeli security community is probably the most important guarantor of Palestinian Authority internal stability. Here the message is that in the era of grass roots Arab revolutions, even authoritarian regional leaders can no longer afford to ignore public opinion despite the harm this inflicts on their countries’ strategic interests.

This brings us to the broad regional and strategic level. Here, the crisis has generated three critical insights.

First, Israel’s sovereignty on the Mount has clear limits that Israeli leaders must learn to respect. For Israel to try to function as sole decision-maker over the third holiest site for nearly two billion Muslims could prove disastrous. This insight has ramifications for the future of Israeli-Palestinian and Israel-Arab peacemaking.

Second, and as a corollary of the first insight, the Israeli and the Muslim concepts of how the Mount “works” are dangerously different. It’s not simply that Palestinians, along with the institutionalized Muslim world, currently refuse to recognize what they readily acknowledged before the dawn of Zionism: that the mosques on the Mount are built over the ruins of the first and second Temples. It’s also that for Israelis and most non-Muslims the mosques are finite buildings, whereas for Muslims the entire 36-acre Temple Mount esplanade is considered a mosque. Small wonder the placement of metal detectors on the esplanade was understood by Muslims as a violation of a sacred domain.

Third, the entire crisis demonstrated that, alongside historical and political dimensions, the Israeli-Palestinian conflict is increasingly religious. The Israeli “northern” Islamic movement with its “Al-Aqsa is in danger” slogan produced the July 14 attackers, then fanned the flames of anger. Among Israeli Jews, the crisis was a signal for messianic ultra-nationalists, including prominent Likudniks, to call for seizing the moment to begin “creating (Jewish) facts” on the Mount, thereby undoubtedly persuading Muslims that al-Aqsa really is in danger. As more and more Orthodox Jews flout rabbinic dictum and visit the Mount itself, religious tensions can only grow.

Palestinians and other Arabs declared “victory” when Israel belatedly removed the metal detectors. Assuming Israel draws the appropriate strategic and tactical lessons, this is the sort of “defeat” it can easily live with. Netanyahu is also happy to see the Trump administration, which for the most part kept its distance from the Temple Mount crisis, sober up and back off from that “ultimate deal” between Israelis and Palestinians. Netanyahu wants to keep the Palestinian issue on the back burner. Like Jordan and other moderate Arab states, Israel is far more preoccupied with Iran’s drive into neighboring Syria and Russia’s presence there.

Still, on July 14 we witnessed, not for the first time, how easily the entire Middle East can be destabilized by 36 acres of disputed history and competing faiths. Can we conceivably get God out of this conflict? I doubt it.

Yossi Alpher is former Mossad official and director of the Jaffee Center for Strategic Studies at Tel Aviv University. His most recent book is No End of Conflict: Rethinking Israel-Palestine.