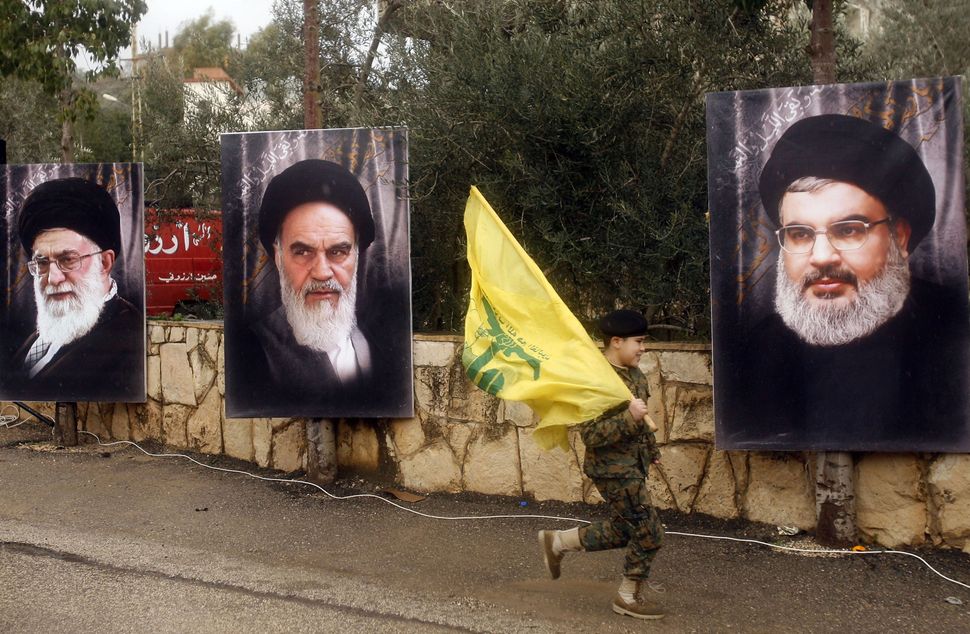 “Israel doesn’t speak in the name of the Jewish people and doesn’t represent it.”

Such was the refrain of Argentine Foreign Minister Hector Timmerman as he lashed out at Israeli Ambassador Dorit Shavit a few years ago. They were discussing the 1994 Hezbollah attack on the Asociación Mutual Israelita Argentina in my native Buenos Aires that left 85 Jews dead. Shavit had been firm in taking the Argentinians to task for colluding with Iran in a cover-up of the mass-murder. Shavit was also insisting that Israel participate in the investigation, enraging Timmerman, who summoned the Israeli diplomat for a dressing-down.

His position was that there was nothing for Israel to see here, and that Israel had no mandate to intervene. Despite the hostile demeanor of her interlocutor, Shavit kept her calm. She allowed a brief moment of silence and then reminded Timmerman that Israel had had no formal mandate to intervene 34 years earlier, when it secretly interceded with the Argentine authorities to secure the release of Timmerman’s own father, Jacobo Timmerman, who had been arrested and tortured for exposing the abuses of the military Junta of that time. Jacobo Timmerman would be given an Israeli passport and would spend the next few years in Tel Aviv until the fall of that regime.

I was reminded of this remarkable exchange two weeks ago, when I had the honor to speak at a commemoration for the AMIA bombing in Buenos Aires, hosted by the American Jewish Committee and the Jewish Federation of Greater Philadelphia.

As someone who was born and raised in the very community that had been targeted, it was a meaningful and moving occasion for me. “AMIA” was a household term and an integral part of my childhood. I found comfort at the commemoration in the commitment I saw to keeping alive the memory of that tragic event, and in the initiative to share it with Hispanic allies participating through the AJC’s Latino-Jewish coalition.

But I was reminded of other, more current events, too. The event in Philadelphia provided an occasion to remind us all that this murderous act of aggression committed by Iran against a Jewish community center, which left 85 people dead and over 300 wounded, is not ancient history. It’s true that the bombing itself took place 23 years ago. And 10 years have passed since Interpol named five senior Iranian officials charged with perpetrating the crime. But only five years have passed since former president Cristina Fernandez de Kirchner announced that Argentina and Iran would “jointly investigate” the bombing, in what has since been revealed as an elaborate deal brokered by Venezuela to exculpate the Government of Iran in exchange for money, oil and diplomatic support.

And only two years have passed since the Jewish Argentine prosecutor Alberto Nisman filed a 300-page report indicting Kirchner for her collusion — and was subsequently found dead in his apartment, just hours before he was due to submit the report to Parliament. And to this very day, Mohsen Rezaee, one of the Iranian officials charged with perpetrating the bombing, serves as secretary of Iran’s “Expediency Discernment Council,” one of the Orwellian “political guidance” institutions through which the “Supreme Leader” of Iran exercises his dark theocracy.

Furthermore, to this day, this very same regime is engaged in an all-out diplomatic campaign to dissimulate its criminal nature and to rebrand itself as a legitimate international player. The representatives of this regime are today welcomed into Manhattan’s think tanks and editorial boards, and fawned over by sycophantic pundits and reporters, some them Jewish, who shamefully fail to call them out on their crimes.

All this while, to paraphrase Genesis, the voice of the blood of our brothers calls out to us from the earth.

Iran is not an Israel problem — it’s a Jewish problem. It is a problem for every Jew capable of feeling solidarity with the Jews of Buenos Aires. Each of you must realize that you would make an equally suitable target for the Iranian regime. Was it not just this summer that federal prosecutors charged Hezbollah operatives with scouting out targets in Manhattan?

I believe my colleague, Shavit, was quite right in her answer to Timmerman. Jewish solidarity should not stop at international borders.

_ Dani Dayan is the consul general of Israel in New York._