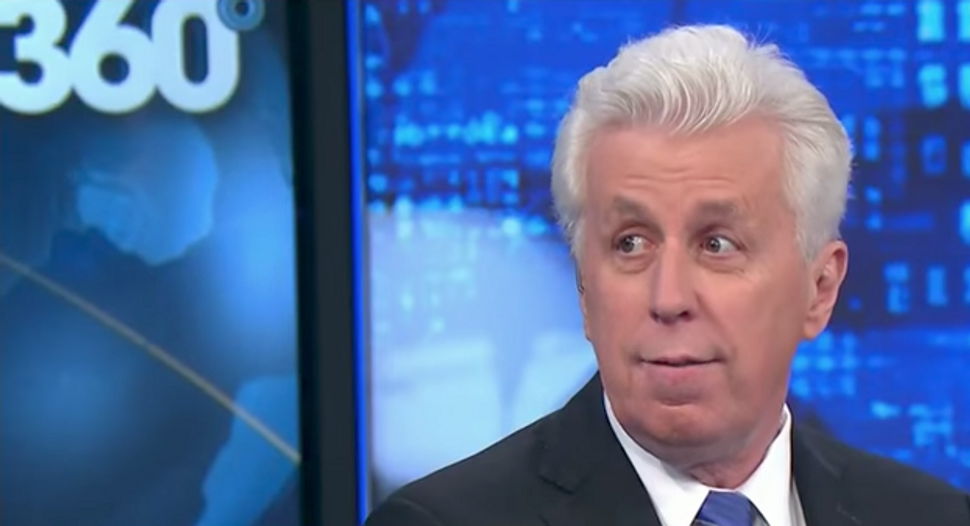 How does one add the word “former” to the job description “CNN commentator?” For the network’s earliest Donald Trump supporter, it only took one tweet. This week, Jeffrey Lord was shown the door after he tweeted the Nazi salutation — “Sieg Heil!” — while embroiled in a battle with a liberal activist.

No one likes a Nazi. But Lord’s undoing is perplexing to say the least. It is quite frankly an exaggeration on the part of the network. Lord’s tweet came as part of a long-running feud with the liberal group Media Matters for America (MMFA). MMFA is currently pushing for a boycott of Fox News’ Sean Hannity — one of the most prominent backers of the President since the Republican primaries. Lord believed the boycott to be problematic to say the least. He called the efforts a “fascist game” and declared Media Matters “anti-free speech bigots who, in typical fascist style, make it their mission to shut down speech they don’t like.” When the group’s head, Angelo Carusone, responded, Lord tweeted the Nazi salute, and was subsequently fired. A CNN spokesperson explained that Lord was fired because “Nazi salutes are indefensible.” But Lord was obviously being satirical, carrying on his characterization of MMFA as fascist with a mocking fascist salute. What’s worse, everyone knows this; no one believes his was earnestly saluting in Nazi fashion.

And sure, it was a bad joke. But does satire, even bad satire in the form of a quickly composed and little reflected upon tweet, warrant the loss of one’s job?

Many on the right are wondering if the tweet was the perfect excuse for CNN, currently embroiled in an all-out war with the President. The tweet provided a perfectly sanctimonious alibi for dropping one of Trump’s most prominent supporters from CNN’s airwaves and payroll, even though CNN is in desperate need of some balance in its coverage of the Trump administration.

But setting aside the question of CNN’s conduct and the role of satire for a minute, what about Lord’s initial claims that the boycott was a form of fascism? While this isn’t literally true — fascism involves state power, and not private citizens — Lord has a point. As a nation, we appear to be having a crisis about what free speech is. Is free speech any speech, or just speech we happen to agree with? It’s clear where the Left, including MMFA, stand. They are among the country’s worst offenders when it comes to policing free speech.

Just this week at Google, we saw an engineer, James Damore, lose his job after writing a memo about women in tech. The memo was wildly and willfully misconstrued by the media into something far more sinister than what Damore actually wrote. Damore criticized Google for becoming an “ideological echo chamber where some ideas are too sacred to be honestly discussed.” But he was accused by the media of penning a jeremiad against women or minorities. As my colleague at The Federalist correctly concluded, “Nothing could be more dystopian than the largest information, communication, and documentation hub controlling your thoughts and punishing you for wrongthink.”

On a similar front, politicians on both sides of the aisle are grappling with an anti-BDS bill making its way through the Senate. Although initially the bill had bipartisan support, senators began dropping like flies after, the ACLU got worried that the bill threatened free speech, in that it could result in sanctions against companies whose employees supported BDS.

Senator Elizabeth Warren expressed her opposition in light of these free-speech concerns, and then Senator Kirsten Gillibrand offered the same reasoning when she pulled her support for the bill she was once a cosponsor of.

It appears these two Democratic Senators are uncomfortable with employees being sanctioned and penalized for what they view as their political views. No word yet from either of these liberal lawmakers on their views on the fate of James Damore and Jeffrey Lord, formerly of Google and CNN.