California Holds The Secret To Uniting The Democratic Party 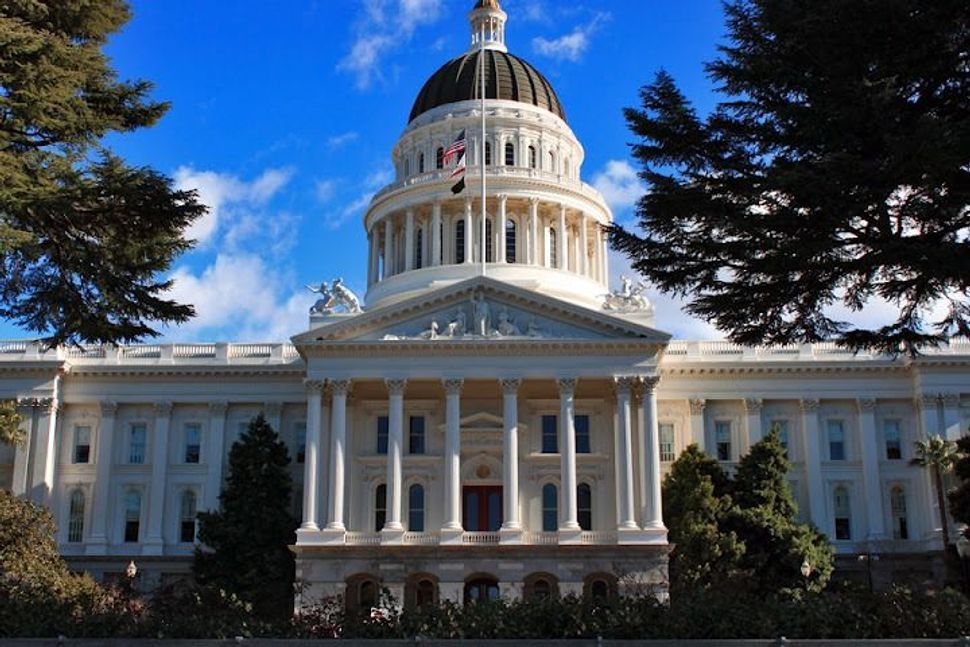 Recent events have exposed deep, lingering rifts in the California Democratic party. An election for leader of the Democratic Party has pitted Eric C. Baum, a gay Orthodox Jew and party insider, against Kimberly Ellis, a woman of color who voted for Clinton in the primaries but has since gained the support of Bernie Sanders. But the election, which Baum won and Ellis has contested, demonstrated how being in a position of electoral dominance does not eliminate internal tensions. It also serves as a symbol of a larger schism within the American left-of-center.

As discussed in a recent New York Times article, one would expect California to offer a spot of hope in a dark time for Democrats, given the party’s total dominance over state political office. And yet roiling conflict between the party’s younger, more progressive activist wing and the more centrist establishment leadership make it clear that all is not right within the Democratic ranks.

Meanwhile, despite their position of legislative strength, California cannot be mistaken for a land of unfettered progressive victory. The recent defeat of an initiative to institute a state-level single payer health care system – a defeat attributable to specific Democrats, though perhaps more fairly blamed on state-specific spending rules – demonstrates the difficulty of enacting such programs even under very favorable conditions.

None of this should be surprising to anyone who’s followed the previous several years of national politics. The most obvious expression of this dynamic is the bruising primary battle between Hillary Clinton and Bernie Sanders, which exposed deep divisions within the Democratic party, not just over policy but over basic attitudes towards party leadership, the primary process, and the essential ethos of the party. Every element of the primary battle seemed to play towards some broader tension. For example, the “super delegate” system seemed to many to be the epitome of the party’s anti-democratic leanings, with grassroots activists fairly arguing that the multiple tiers of delegates – and unequal voting rights between them – shows the degree to which the Democrats are controlled by unaccountable elites and not by the rank and file. The recent battles for Sacramento are, to a degree, just waves from a much larger storm.

Still, if the California fight is of a piece with broader trends in the national political scene, it is still notable for its bitterness. The battle for the chair of the state party has set Bauman, who won the election by less than a hundred votes, against Ellis, who has claimed improprieties in the balloting. Bauman could hardly fit the role of party insider better, given his years near the seat of power within the California Democrats; and Ellis, a woman of color and political insurgent, perfectly symbolizes the new, lefter generation. And given the vast size of the state, and the power of the party, the stakes are high. The result has been an openly contentious affair that has left some in the party fearing that Republicans will take advantage of the scrum.

Those fears are legitimate, but their expression tends to break in a particular direction. Calls for party unity over fears that the opposite side will otherwise win always tend to redound to the benefit of the establishment, the old ways of doing things, and the more moderate, centrist policy positions. Calling for reconciliation, without sorting out the very deep questions of policy and procedure, simply puts the thumb on the scales for one side over the other.

Meanwhile, the fight for the chair of California’s Democratic party inverts a particularly ugly aspect of the 2016 primary battle. In that fight, Hillary Clinton’s supporters were typically portrayed as the party’s base of women and people of color, while those of Bernie Sanders were often dismissed as white males who put economic appeals over “identity politics.” This was never really a fair contention; in fact, the largest part of Sanders’s support came from younger women, and the overall divide was clearly generational in nature. But fair or not, that argument has become inescapable in progressive circles, and has often created deep acrimony between groups that ultimately need each other to survive. What makes this current battle interesting is that, in this case, it’s the party establishment’s choice, Bauman, who is male and at least arguably white, and his insurgent left-wing challenger who is a woman of color.

Here, too, the frame seems somewhat unfair. Bauman himself is gay, and no doubt many of his supporters are themselves members of minority groups. These attempts to narrow broad political groupings down to their perceived demographic makeup inevitably distort and simplify. But the question of identity and economics has been so central to the left-liberal debates of the recent past that, one way or another, these dynamics will have to be addressed. The question for anyone watching the Trump administration play out is if they can be addressed without giving support to the GOP.

The way forward, for me, seems obvious: to unite through policy, to rally around a shared goal that would be appealing to both sides of the party’s divide. There’s no doubt that there are major disagreements within the Democratic party (nationally and in California) about how aggressive the policy agenda should be. But perhaps single payer health care could be that issue. Hillary Clinton notoriously said that a “Medicare for all”-style single payer system would “never, ever happen,” enraging the party’s left-of-center activist base. But Bauman himself has criticized the leader of the California State Assembly, Anthony Rendon, for scuttling the state single payer bill earlier this year. Given that the bill has the support of the large and activist nurses’ union, there might be sufficient overlap between the party establishment and the grassroots to find common cause. A return to labor unions as a central base of support and policy direction would seem to be a means to reunite the party’s leadership with its activists, on both the state-wide and national level.

None of this will be easy. The California single payer plan faces serious hurdles, most obviously strict rules about how state expenditures must be divided up, complicating an already contentious issue. States have limited ability to deficit spend, unlike the federal government, and even for all of its size, California would have significantly less ability to negotiate favorable deals with medical providers. Still, no one ever said this would be easy, and on health care the party has the advantage of a clear need for change, an opening in the conversation, thanks to Republican efforts to repeal Obamacare, and a clear, slogan-ready approach to reform.

If the California Democratic party can’t solve its internal problems and work to establish a genuinely progressive policy regime, that would serve as a truly discouraging message to the rest of the country’s liberals and leftists. Because if it can’t happen there, and it can’t happen now, with all of the Democratic dominance in that state — what chance does the rest of the country have?

Fredrik deBoer is an academic and writer based in Brooklyn.

California Holds The Secret To Uniting The Democratic Party