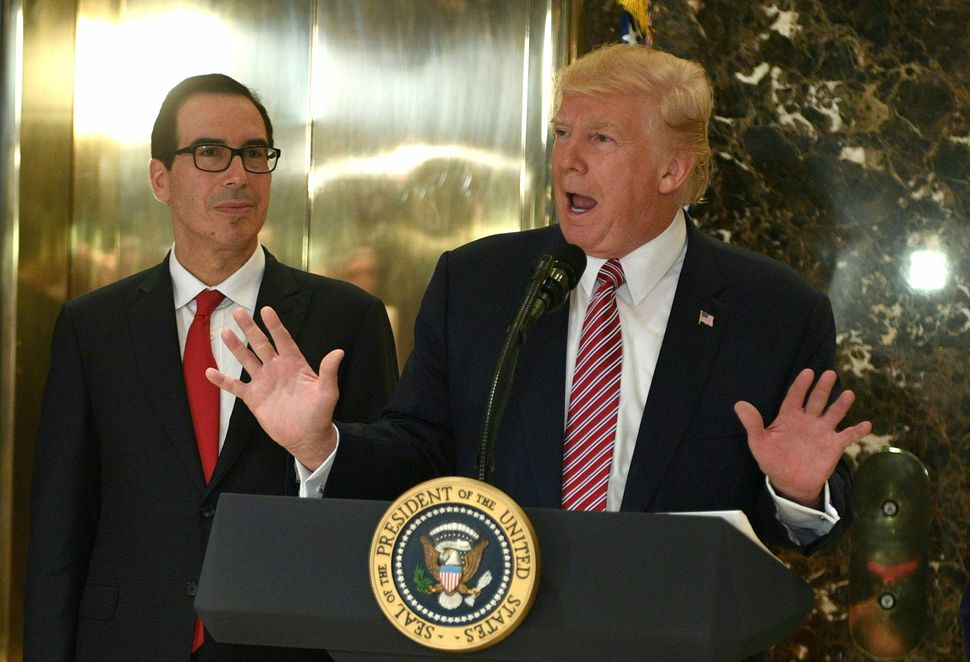 When I heard Donald Trump say in his Tuesday press conference that there were “fine people” among the marchers in Charlottesville, Virginia, who protested the removal of a statue of Confederate general Robert E. Lee, it brought me back.

I spent much of my childhood in the company of South African Jews. It was the 1980s. In the townships a few miles from my relatives’ homes, black South Africans were in open revolt against the white government that brutalized them. And when our extended family convened for Shabbat dinners in houses on the verdant slopes between Table Mountain and Clifton Beach, the conversation turned inevitably to politics and race. “The blacks.” I can still hear the phrase, uttered in a South African accent, over and over again. “The blacks aren’t ready to govern this country. They don’t have the education.” “The blacks are tribal; Xhosas and the Zulus will slaughter each other if given power.” “The blacks have it better here than anywhere else in Africa.” “The blacks aren’t like us.”

Every Friday night, at Shabbat tables from Sea Point to Sandton, South African Jews made comments like these, as black maids brought in trays of food.

Were these “fine people”? On a personal level, in many cases, yes. I’ve never felt more loved than on those long, slow Friday nights, surrounded by three generations of family. I’ve never known a deeper sense of community than in Jewish South Africa. Some of the South African Jews I knew also treated individual blacks decently. My grandmother, who had the most right-wing politics in the family, paid the school fees of the orphaned daughter of a woman who once worked for her. Yet many of these “fine people” supported a political system of unspeakable evil.

I imagine that this is also true of some of the white nationalist marchers in Charlottesville. Among them, I suspect, were men and women who dote on their children, and donate to their church, and tenderly attend to their elderly parents. There were likely white nationalists in Charlottesville with black colleagues and friends, people who see no contradiction between believing the Confederacy was a noble cause and buying a beer for a descendent of the people it held in bondage. I bet that among the people carrying Nazi flags were men and women who have treated individual Jews with kindness and respect. After all, their hero, Adolf Hitler, was so fond of Eduard Bloch, the Austrian Jewish doctor who treated his dying mother, that he ordered the Gestapo to protect Bloch during the war. People are complex. We like people whom in the abstract we hate. And vice versa.

In May, “60 Minutes” profiled the patrons of Eddie’s Steak Shed, in Granger, Indiana. They were devastated that the Trump administration was deporting the restaurant’s owner, Roberto Beristain, an undocumented Mexican immigrant whom they adored. Yet some had voted for Trump precisely because he promised to crack down on undocumented Mexican immigrants. “I voted for [Trump] because he said he was going to get rid of the bad hombres,” one man said. “Roberto is a good hombre.”

To a lesser extent, that’s what Trump is doing now. When he depicts Mexican immigrants as “rapists,” and claims that American Muslims celebrated 9/11, he is convincing ordinary white, Christian Americans to view Mexicans and Muslims as savages. The young men who marched through Charlottesville chanting “You will not replace us” have been taught to believe that Muslims and Mexicans and African Americans and Jews threaten to subjugate or exterminate them. They reason they’ve come to believe this is not because they are despicable in their everyday lives. They came to believe this because people like Donald Trump and Ann Coulter and Alex Jones and Sean Hannity and the editors of Breitbart taught them to believe despicable things.

Martin Luther King Jr. once quoted Victor Hugo as saying: “If a soul is left in the darkness, sins will be committed. The guilty one is not he who commits the sin, but he who causes the darkness.” Obviously, James Alex Fields, and any other white supremacist that acted violently in Charlottesville, must be brought to justice. But the greater danger in America today is not the sins committed by Fields. It is the darkness caused by Trump.

Yes, there were probably “fine people” marching on behalf of white supremacy in Charlottesville. And our president is convincing those “fine people” to fear and hate other Americans. And nobody knows where that fear and hatred will ultimately lead.

Peter Beinart is a senior columnist and contributing editor at the Forward. Listen to his podcast “Fault Lines” with Daniel Gordis here or on iTunes.