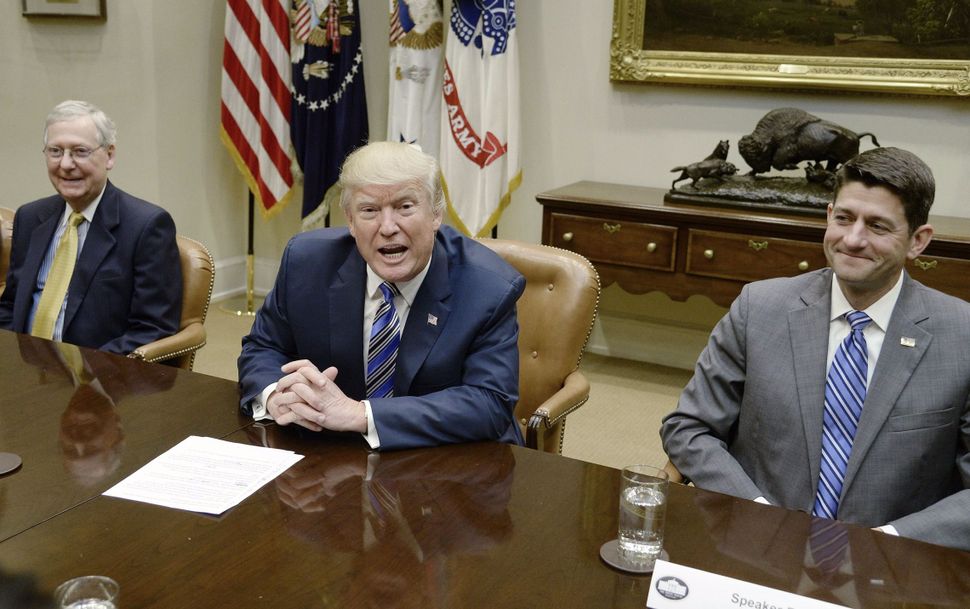 The most powerful statement I have heard so far on Trump’s Charlottesville Nazi fiasco came from Republican consultant Steve Schmidt, the senior strategist on John McCain’s 2008 presidential campaign, during an MSNBC panel discussion on Wednesday evening, August 16. It should be noted that he’s a regular commentator on MSNBC and frequently on “Real Time With Bill Maher,” both of them basically Democratic-ruled territory. so you might say he’s a professional contrarian. This time, though, he’s landed himself square in the middle of our national soul.

He began by saying: “I think this is the most important inflection point in politics in my lifetime. It’s an extraordinary moment. Nazism, this evil regime, the most evil in all of humanity, killed 60 million people in Europe, nearly annihilated the Jews of Europe. 400,000 Americans died fighting it. The young men who were marching under torchlight chanting those anti-Semitic slogans — they venerate Adolf Hitler. They venerate the evil regime. It requires not just a condemnation of Nazism and white supremacy and extremism. Political leaders are required now to reprimand Donald Trump for his false equivalency legitimizing them.” He said the “lack” of Republican leaders speaking out was “chilling.”

Later, in the same discussion, Schmidt delivered the kicker:

“… The political leadership has not reconciled itself to what their obligation fundamentally is here. It’s the duty of each generation to bear witness to the magnitude of Nazi crimes, which is why it is so important for this false equivalency to be rejected for the generations who don’t understand what Nazism was because they haven’t read history books or they didn’t know grandparents who fought it.

“They must know through our testimony of what the magnitude of these crimes were in the most horrible period of human suffering in the history of the world. This is such a moral failure on the part of the leaders of the House. They should not be approaching this as an issue calculating about the midterm. They should be dealing with this through the prism of its effect on the fabric of America.

“Nazism is not just an affront to all of our American ideals and all the values of human dignity. It’s an affront to the face of God. And I would say to Paul Ryan, in the words of John Paul II, ‘Be not afraid.’ Do not be afraid. Do the right thing here. This is important for the institution of the Republican Party. This is the moment in your career when you have been called to make a moral leadership decision.”