Why This Druze Israeli Identifies As A Zionist 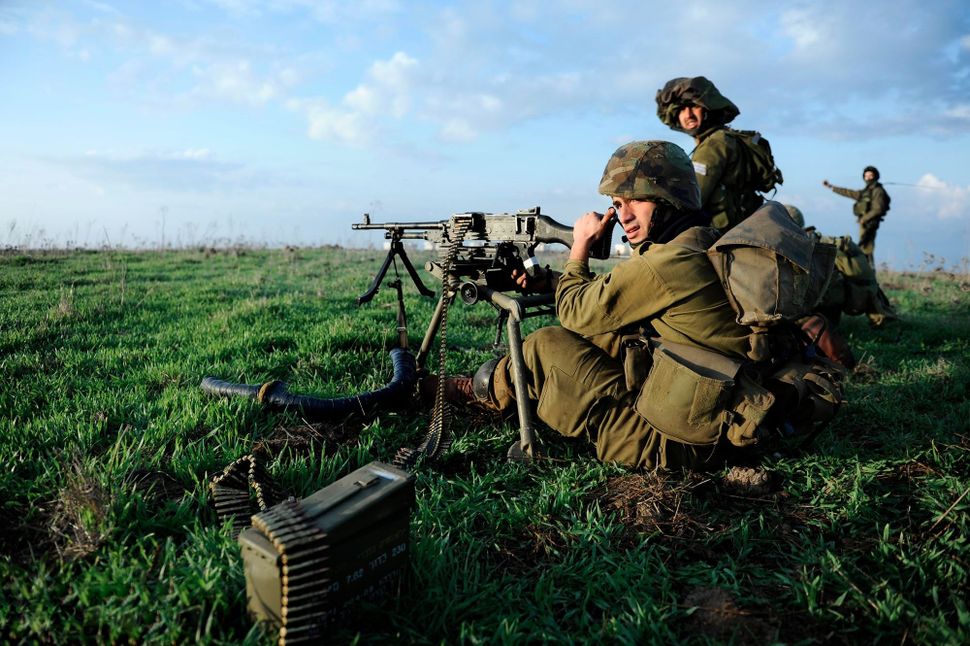 Identifying himself as a “white Zionist,” alt-right figure Richard Spencer recently told Israeli television, “I want us to have a secure homeland for us and ourselves, just like you want a secure homeland in Israel.” Spencer’s statement ignited debate over the nature of Israel and whether its framework as a Jewish state parallels the goals of white nationalists like Spencer.

The Forward interviewed Reda Mansour, a Druze Israeli diplomat who has served as Israel’s ambassador to Brazil and Ecuador. The Druze are an ethnoreligious group whose religion incorporates elements of the Abrahamic faiths and various other religious and philosophical beliefs. Concentrated mainly in the Galilee, there are approximately 140,000 Druze living in Israel. As a member of a racial minority living in Israel who identifies as a Zionist, we thought Mansour’s was a crucial voice in this conversation. The interview has been edited for length and clarity.

What does it mean to be a Druze Zionist?

It depends on what’s the definition of Zionist. I see [Zionism] historically as the national movement of the Jewish people that lead to the creation of Israel. And now, Zionism is patriotism. In that respect, [the Druze] are following our tradition. Our people are very proud of their Israeli identity. They see it as a way to integrate and become an active member of Israeli society.

Is Richard Spencer’s framing of Israel as an ethnostate accurate?

It’s shocking that he would even think there was something similar between what he is advocating and what we are in Israel. First of all, “Israeli” is not a race-based identity. Even when you say you want to create a homeland for the Jewish people, you are talking about almost every race — Jews who came from Europe, Jews who came from Ethiopia, the Arab world. Race in Israel doesn’t exist in that sense. Zionism or Israeli identity has never looked at race as an indicator of becoming a part of our society.

We look at ourselves as a country that wants to have some kind of balance between the Jewish identity of the state and democratic values. If one of these dimensions is not be there, Israel will not be there as well.

I find it very tragic that in American political discourse now, you have to choose between patriotism and favoring diversity. Especially as a Druze, our identity is a combination of these two things. We are living proof in the Middle East that you can be for patriotism and for diversity at the same time.

Do Palestinians or other minority populations under Israeli control have the right to self determination?

I think that globally, the world is being torn apart by these political tendencies bringing us to the era of city-states. Now, every region and every small ethnic or religious group wants some kind of autonomy. This is a global challenge — where do we draw the line and create a balance where people live under some kind of national framework that allows for the ability to represent themselves? The Druze have created this identity where we will be raising the flags of our countries everywhere, but at the same time, we insist on raising our own flags and being respected. So I think [Druze] culture can be used to show how we can live with multiple identities.

In past interviews, Druze citizens of Israel — even those who express a deep-seated pride in the state of Israel — have described to me a sense of “otherness” in their interactions with wider Jewish society. Druze soldiers detail suspicion or distance from fellow soldiers because they speak Arabic, the language of the “enemy.” Druze townships and schools receive less funding per capita from the Israeli government than Jewish ones. Does the construction of an explicitly Jewish nation and state inevitably produce second-class treatment towards minority civilians? Or are these features merely that of any imperfect modern society?

I don’t like to draw a rosy picture that everything is perfect in Israel and that we don’t need to work on equality issues. But I think we have to put these issues in context. One of them is that we live in the geographical periphery in Israel. You hear complaints about discrimination against those in the periphery. If you move to Tel Aviv, though, I don’t think Druze have a different life from the Jews who live in Tel Aviv.

Our challenge is how do we bring further development to the periphery so that people don’t feel different. Culturally and education-wise, we started from a very underdeveloped place. We were living in villages existing there for hundreds of years. This set up of separate Jewish and Druze towns is historical. It’s not something normal that we should keep in the future.

I think we will start seeing more mixed communities. The Arab middle class is moving more to Jewish towns and cities. This process is now happening everywhere in Israel — Haifa, Tel Aviv, or Nazareth Illit, which is more than 20% middle class Arab. This is a healthy process. I think it will be easier for people to move and buy houses in areas that are more developed.

What role does multiculturalism have in Zionist society?

From the beginning, the founders of the Zionist movement were quite secular, looking at Judaism in its cultural forms. They understood that they are coming to a diverse area and that this new Jewish state must be coexisting with these cultures in it and around it. It’s already difficult to integrate society like in America or Europe. To integrate society in a state of constant war makes everything much more complicated.

How do you identify with Hatikvah considering its lyrics address Jews?

I think that a lot of Israelis understand that Hatikvah doesn’t represent [modern-day] Israel. It discusses a state that we want to build in the future when in fact the state has already been here for 70 years. I think many Israelis understand that, but they feel uncomfortable dealing with these issues because they feel some voices calling for change don’t actually want to create something inclusive that will preserve the unique Jewishness of the country. It’s hard to have this debate when you still have an Israeli-Arab conflict and voices in the Arab world calling for the end of Israel. When I was younger, I took a simplistic side that we probably need to change the symbols and national anthem. Today, I understand it’s something we have to be very careful with. In Europe, the most liberal and human rights-oriented region, you still have countries with crosses in their flags and language about Christian identity in their constitutions. You have countries like Spain that don’t even include lyrics in their anthem because it’s so divisive.

I want to point out that before signing the peace treaty with Israel, Egypt’s national anthem was very militaristic and combative. After they signed the peace agreement, they came out with a new anthem focused on love of country. In order to change national symbols, the political climate needs to change.

What makes you most proud to be an Israeli?

We are different than most countries around us, which have a very small group of elites and limited opportunities for others. The middle class in the Middle East almost doesn’t exist. Today, an Israeli minority can have access to very good public education, public health system, and can get a very good job even if they came from a modest family in the periphery. Kids in villages now can look at my generation and see what they can achieve.

What are your biggest frustrations with Israel?

I think in the age of social networks, more and more extreme voices are taking over the political agenda, which I find dangerous to all societies. The social networks allow public participation, but they also encourage extremism. Also, a trend you see in Israel and all over the world is as a result of globalization, people are going back to religion as a greater factor for their identity. I don’t have any problems with religious identity, but I think it’s dangerous when religion becomes more active in politics.

It is difficult to see in Israel the widening of the social gaps. Today, those who have more are making more, and those who have less are becoming poorer. I think you can’t sustain democracy with these challenges.

What are your biggest frustrations with the conversations surrounding Israel?

The simplicity of the discourse. Especially in the West, I think we sometimes find it hard to explain the complexity of our situation and that there are no easy, simple fixes to our problems. In the age of Internet, political debates about our issues just become propaganda wars. It’s very sad to see how every side is living in their own silo, identifying with their own victimhood without trying to see there is a whole other part of the conflict.

Why This Druze Israeli Identifies As A Zionist