What Many Jews Misunderstand About The March For Racial Justice 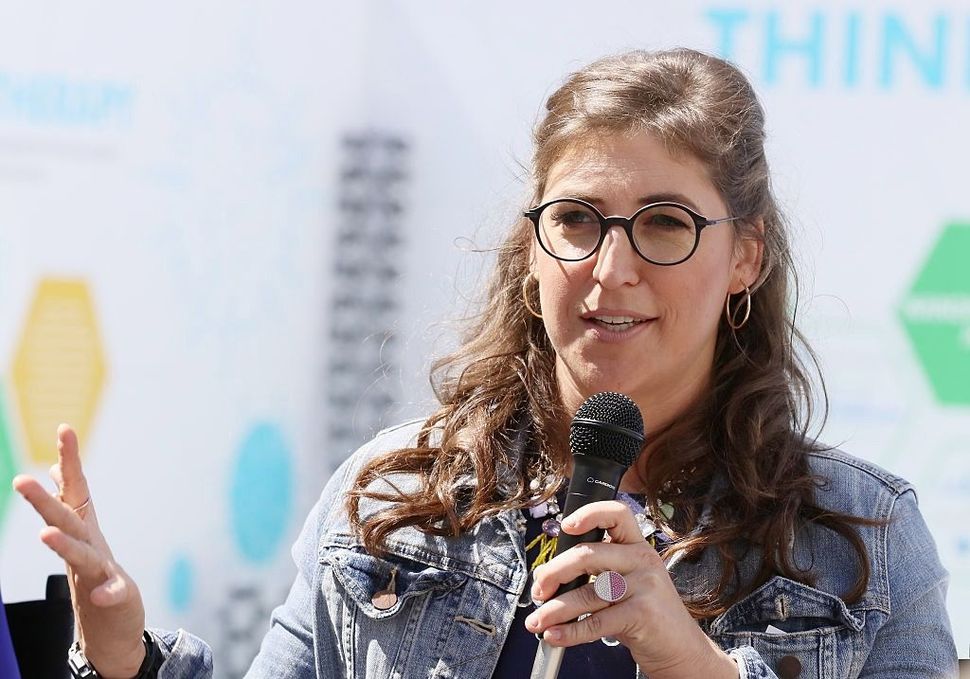 Welcome back to Jane Looking Forward. If you wish to continue reading this weekly newsletter, subscribe here.

A short story about the Jewish actress Mayim Bialik’s criticism of the decision by the March for Racial Justice organizers to hold their protest on Yom Kippur was one of the most read and most shared pieces on our website last week.

Bialik’s complaint that the September 30 march date “automatically excludes a distinct portion of people who historically have stood up for racial equality in enormous ways” was posted on Facebook on August 13. So she can be forgiven for not knowing what came afterward.

On August 16, the organizers of the march released a remarkable statement online, in which they both explained what they did and apologized for it. In seeking a date with “symbolic and historic significance to the black community,” they explained, they originally wanted to march September 9, the date of the Stono Rebellion, the largest rebellion of enslaved people in the United States.

But the National Park Service nixed that, and instead offered September 30. Since that was the date of the Elaine Massacre, possibly the bloodiest racial conflict in American history, the march organizers agreed. Only after they secured permits did they realize that Yom Kippur, the most solemn day in the Jewish calendar, was also September 30.

And then they apologized. “Choosing this date, we now know, was a grave and hurtful oversight on our part,” they wrote. “It was unintentional and we are sorry for this pain as well as for the time it has taken for us to respond. Our mistake highlights the need for our communities to form stronger relationships.”

Bialik and others doubted that the scheduled conflict was an oversight. Really? I, for one, was never taught about the Stono Rebellion of 1739, a violent and deadly uprising in the then-colony of South Carolina that illustrates how slaves were challenging an oppressive system even before our nation was born.

Nor had I learned of the 1919 massacre in Elaine, Arkansas, which began as a union meeting by African-American farmers and ended with white mobs — possibly aided by federal law enforcement — murdering hundreds of black men.

Why do Jews expect that everyone will know the dates of our holidays, when we are fewer than 2% of the U.S. population, and yet so many of us are unaware of the significant history of black people, who have comprised a far greater number of Americans for a far greater time?

Not only did the march organizers apologize, they are working on ways to create sister marches to include Jews after sundown September 30 and the next day. I find this deeply moving. So, too, is this acknowledgement: “Holding fast to Jewish tradition is also an act of resistance, in the face of growing anti-Semitism. We recognize and lift up the intersection of anti-Semitism and racism perpetrated by white supremacists, whether they wave Confederate flags, don swastikas, beat and kill people on the streets in Charlottesville, deface Holocaust memorials, or threaten and harass members of our communities and our religious and community spaces.”

There’s a powerful lesson here about forgiveness and understanding. And a message for the Jewish community: It’s not always about us. This march grows out of the specific conditions suffered by many African Americans and their desire to connect today’s protest with events in their past. We have plenty of others days in the year to commemorate our own suffering.

What I’ve Been Writing

This months marks the 50th anniversary of the murder of Charles Jordan, head of the American Jewish Joint Distribution Committee, and as I explain here, the mystery of his death continues.

Incendiary comments about Zionism by Richard Spencer, organizer of the Charlottesville protest, prompted a robust debate on our pages. Here’s my response.

What I’ve Been Reading

My colleague Peter Beinart, who writes a weekly column and hosts a podcast for the Forward, has two companion essays in The Atlantic that I recommend. The first examines the Antifa movement, and the rise of the radical left. The second explains why President Trump profoundly misunderstands the tactics and importance of this movement.

Jane Looking Forward is a weekly newsletter. If you wish to read it early in your inbox, subscribe here.

What Many Jews Misunderstand About The March For Racial Justice