The One Weird Thing That Birthright And JVP Have In Common 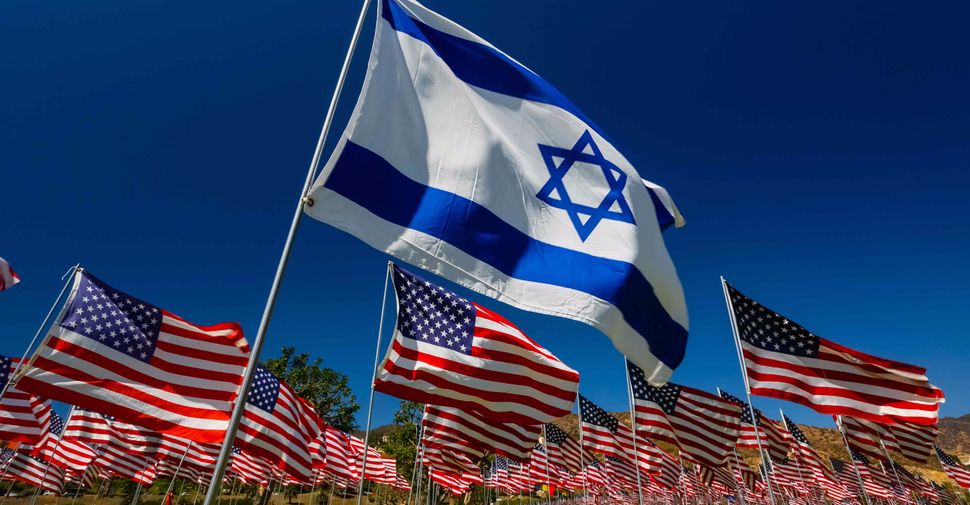 When you get down to it, Jewish Voice for Peace, the pro-Palestinian gadfly, probably doesn’t get enough credit from the mainstream Jewish community. The activist group does more than just about any other presence on the American scene to get young Jews passionately engaged with Israel. It’s not necessarily the sort of Israel engagement that most Jewish community leaders are looking for — mostly it’s about fostering hostility — but it’s definitely passionate. And it gets a lot of otherwise alienated Jews seriously thinking about their Jewish identities.

That might go part of the way toward explaining JVP’s latest campaign, “Return the Birthright.” It’s an effort to convince young Jews not to participate in Birthright Israel, the massive Israel-travel program that brings young adults to Israel by the tens of thousands each year on free 10-day trips — and the one institution that indisputably outdoes JVP in impacting young Jews’ relationships with Israel.

JVP claims about 200,000 supporters and has some 450,000 likes on its Facebook page. Assuming that it counts the way other Jewish organizations do, it’s safe to guess that its activist base is somewhere in the thousands. Ground-level observation around the country suggests the same.

Birthright has brought more than 500,000 young people to Israel in its 18 years of operation, some four-fifths of them from the United States. That means that about one-fourth of all American Jews between the ages of 18 and 35 have been to Israel with Birthright since it started. For JVP, which aims to weaken Jewish support and affection for the Jewish state, Birthright is the white whale.

It’s not clear whether “Return the Birthright” is intended to be an attention-getting device, an organizing tool to give JVP a distinctly Jewish hook within the larger anti-Israel movement, or a genuine, in-principle attack on an institution the group deems harmful — or a combination of all three.

If JVP is counting on striking a blow against a major force in Jewish life, the verdict is mixed. Birthright is often scorned by Jewish educators and community leaders as an expensive waste, throwing together groups of college kids on buses for a hormone-soaked revel that lasts 10 days and is promptly forgotten. On the other hand, extensive research here and here indicates the opposite: that Birthright has a long-lasting impact on many participants’ attitudes toward both Israel and their own Jewish identities.

In fact, there’s evidence that Birthright has actually changed attitudes toward Israel of an entire generation, including both participants and nonparticipants in the program. One 2012 survey, focusing specifically on non-Orthodox Jews, found that while feelings of attachment to Israel declined steadily as younger populations were questioned — weaker among 55-to-65-year-olds than among over-65s, weaker still among 45-to-55-year-olds and even weaker among 35-to-45-year-olds — there was a sharp upswing among those age 18 to 35. The 18-to-35 set should have been weaker than the 35-to-45. Instead they looked more like 55-year-olds. Researchers call it the “Birthright bump.”

At the same time, if JVP is planning to attack Birthright as a propaganda tool that fosters right-wing Israeli politics among American Jewish students, as its literature suggests, its likely to be disappointed. The same 2012 survey found that while the under-35 Birthright generation reversed the generational downward trend in feelings of attachment toward Israel, there was no such bump in feelings of confidence in Israel’s leadership to seek peace. That measure showed the same decade-to-decade decline as the attachment index. But the decline continued among under-35s. Evidently, Birthright is teaching young Jews to love Israel, but critically, with their eyes open.

JVP rolled out its anti-Birthright campaign with a splashy page on its website that asks visitors to sign a pledge, to share their own stories of negative Birthright experiences and to organize anti-Birthright workshops and teach-ins on their campuses. The heart of the page is a 480-word “manifesto” that pleads the Palestinian case against Israel as an oppressor and claims, “As young Jews, we recognize that Israel is not our birthright.”

“We reject the offer of a free trip to a state that does not represent us, a trip that is only ‘free’ because it has been paid for by the dispossession of Palestinians,” the manifesto says. “And as we reject this, we commit to promoting the right to return of Palestinian refugees.”

One thing that is clear from the campaign’s rollout is that the campaign as reflected in the manifesto is bringing out a sharp-edged side that JVP usually tries to hide in its formal statements.

To cite one example, the manifesto repeatedly endorses the Palestinian right of return. Elsewhere on the website, the group’s mission statement calls for “a just solution for Palestinian refugees based on principles established in international law.” That’s a far cry from a blunt “right of return.” It leaves open a host of possible solutions to the refugee problem that may or may not involve mass repatriation.

The United Nations resolution usually cited as the legal basis for a right of return, General Assembly Resolution 194 of December 1948, actually makes no mention of a “right” but merely says refugees “should be permitted” to return given certain conditions. Diplomats choose words carefully; “should” doesn’t mean “must.”

There was an international consensus in 1948 on the legal rights of refugees, but it had nothing to do with return. In those same years that 700,000 Palestinian refugees were forced to flee Israel, there were 12 million Muslims driven to Pakistan from India, and 14 million ethnic Germans forced out of ancestral homes in Eastern Europe. There was no hint of a right of return. Nor were any of them kept in camps for four generations.

In fact, Israeli and Palestinian negotiators settled years ago on the broad outlines of a compromise formula that would let a symbolic number of refugees come to Israel under what Palestinians would call the right of return and what Israel would call family reunification. They were arguing over the numbers — the difference between them was in the thousands, not millions, according to leaked Palestinian documents — when negotiations broke down in 2008.

In the end, the contrast between the Birthright generation and the Palestinian solidarity crowd points to a startling conclusion: If you want to cultivate effective, critical, independent Jewish advocates for Israeli-Palestinian peace and justice, Birthright may be doing a better job than Jewish Voice for Peace.

The One Weird Thing That Birthright And JVP Have In Common