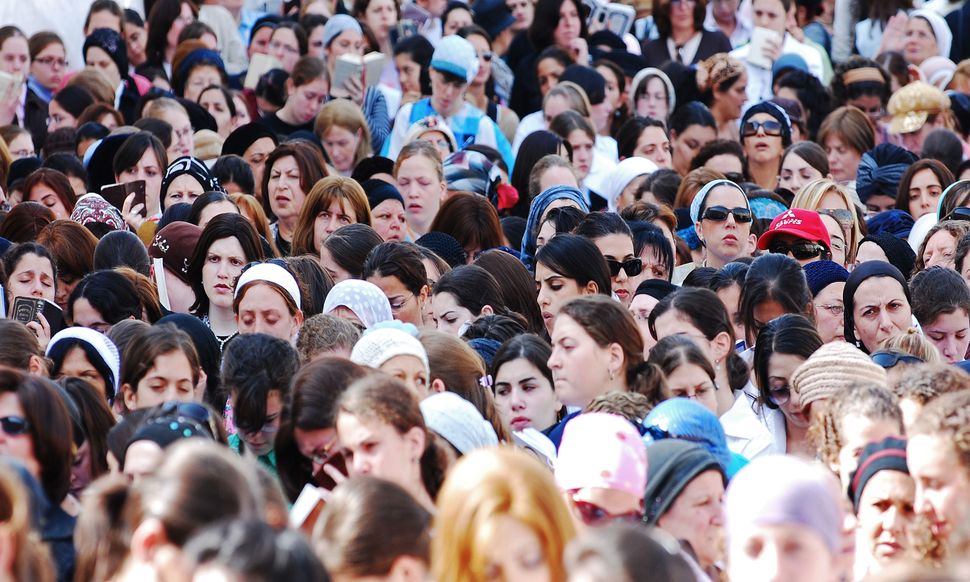 I don’t know that I will ever get used to the fact that I make some people uncomfortable. Partially because there is very little that is imposing about me. I am not particularly tall, nor do I appear to be particularly strong. Yet, as an Orthodox Jewish woman who has been ordained as clergy, I am seen as a threat to the tradition. So much so that last week, there was talk that the Orthodox Union may vote to expel four synagogues that have women serving in clergy roles.

It is unfathomable to me that we are even engaging in this conversation at a time when so many monumental issues are facing our world. I write this as Hurricane Irma pounds Florida, as Texas is still assessing the damage from Hurricane Harvey, as threats of nuclear war seem to loom from multiple places, as white supremacy becomes more emboldened across our nation. And these are just a few of the things that keep me up at night.

On a more narrow front, our own Jewish community is certainly not empty of its challenges. Women continue to be held captive in abusive marriages as agunot, sexual assault scandals still rock the community and anti-Semitism steadily rises.

It is precisely because of these challenges that I chose to join the clergy. Growing up in an Orthodox neighborhood in Brooklyn, I recognized the power of religious leaders to guide communities toward a moral ideal and an ethical good, even when it is physically, emotionally and fiscally inconvenient. As the world talked more and more about the War on Terror and the “clash of civilizations,” the need for authoritative religious voices advocating for peace and reconciliation was more necessary than ever.

Of course, as an Orthodox Jewish woman, I never thought the path to clergy was open to me. I knew that I would not be accepted in many — if not most — Orthodox circles. I worried that a title would cause some to respect me even less than no title at all would. I worried that my children would be rejected from day schools, that my family would not be welcome in synagogues, that we would be ridiculed or ostracized for this path.

A number of colleagues recommended that I explore rabbinical school in another denomination, one that allows women to be ordained as rabbis. Yet I never gave the idea more than a passing thought. I am Orthodox — in my beliefs, my practices and my community — and I would never want to be anything else. Moreover, I felt that to leave Orthodoxy would be to acknowledge that Orthodoxy does not have a place for people like me. I do not believe that to be true.

When Yeshivat Maharat announced that it would accept the first cohort of women to train for clergy positions in the Orthodox community using the title “Maharat” — a term acknowledging that women were not traditionally ordained as rabbis but were no less deserving of respect and recognition — it felt like all the pieces of myself were finally able to come together.

Certainly some of my fears came to fruition. While I have felt overwhelmingly embraced in most spaces, there are those in the Orthodox community who seek to punish us for this role. In February, the O.U voted that women may not serve as clergy at any of their affiliated congregations. Now, the O.U. may choose to punish synagogues that wish to have female leadership in their midst.

How I wish that the greatest threat facing our community were a group of women who want to bring more inspiration, more healing and more Torah into our world.

I am not one of the women who is serving an O.U. congregation currently, although I did for two years. My interest in this is not professional, but it is no less personal.

I pray for the day when this debate is the most pressing issue of our time.

Maharat Rori Picker Neiss serves as the executive director of the Jewish Community Relations Council of St. Louis. Prior to that, she served as clergy at Bais Abraham Congregation in St. Louis.