Does Orthodox Explosion Signal Doom For Conservative And Reform? 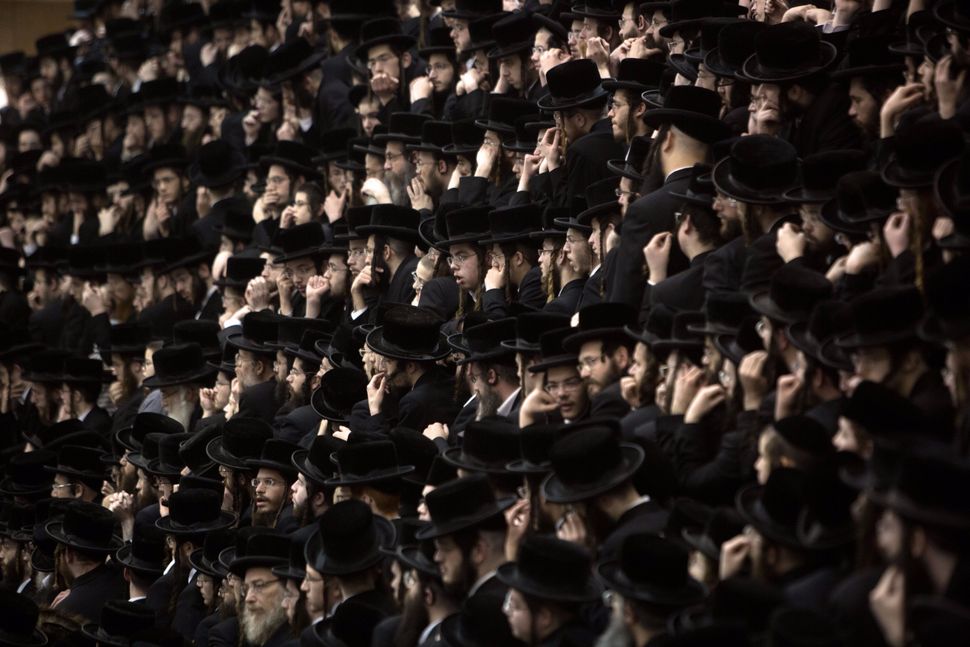 In the next 20-40 years, we will witness dramatic changes in the American Jewish population. The changes won’t be in overall size, but in how many Jews are Orthodox, Conservative, Reform and nondenominational.

In 2013, the Pew Research Center’s study of Jewish Americans revealed much about the future of American Jewry. We recently plotted the age distributions by denomination into graphs that tell a jarring story: In 40 years, far fewer Jews will identify as Conservative and Reform, and far more will identify as Orthodox. 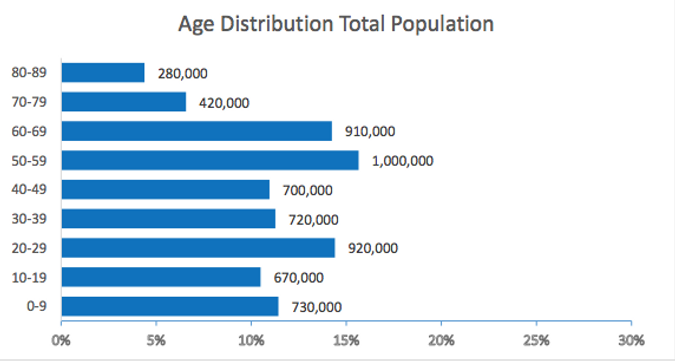 The first thing these graphs show is an overall decline in the sheer number of Jews in the United States age 30-69 in the coming years. The number of Boomers aged 60-69 exceeds both the number of millennials aged 30-39 and the number of children aged 0-9. We have 910,000 60-69-year-olds, while only about 730,000 in the two younger cohorts. Unless lots of people convert to Judaism or we experience a large Jewish migration from Israel, Europe and elsewhere, the number of middle-aged Jews in 2045 or so is destined to be smaller than it is today. In fact, the trend is even more worrisome: For those under age 50, we see far smaller 10-year age cohorts than those in their 50s and 60s.

But the sharply declining number of Jews age 30-69 is not the most important data revealed by the charts. If you compare these charts to each other, you’ll notice that nondenominational Jews amount to about 2.1 million of all the 6.4 million Jews, both adults and children, now living in the United States. Among them we find rough stability from those in their 30s through those in their 60s. In fact, we have a surge of nondenominational Jews in their 20s, possibly owing to the fact that so many children of Reform and Conservative parents have eschewed their childhood denominational identities. As they marry and have children — family events that bring people to join congregations and identify with a denomination — they may eventually adopt a denomination. 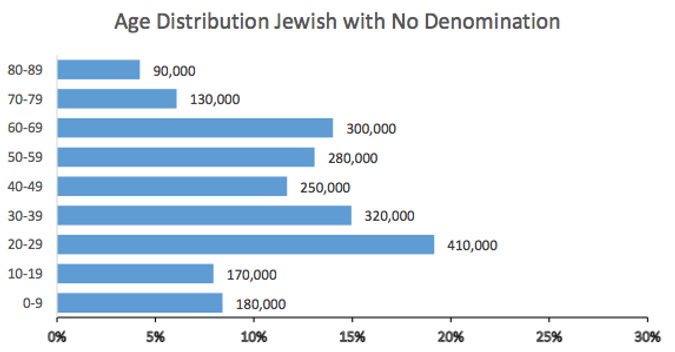 That said, below age 20 we see very small numbers of nondenominational kids and teens, amounting to just over half their comparable numbers for 10-year age cohorts among those in their 30s and older. In short, at least until now, the nondenominational Jews are far from reproducing themselves. Accordingly, they are destined to decline some decades down the road – unless their numbers are replenished by “dropouts” from the religious denominations.

But the truly startling situation is among Conservative and Reform Jews. (We combine them to simplify somewhat, recognizing the greater severity in numeric decline among the Reform segment). Here see that the number of 30-39 year olds amounts to just about half the number of the 60-69 year olds. If current trends continue, then, in 30 years, we’ll see about half as many Conservative and Reform Jews age 60-69 as we have today. 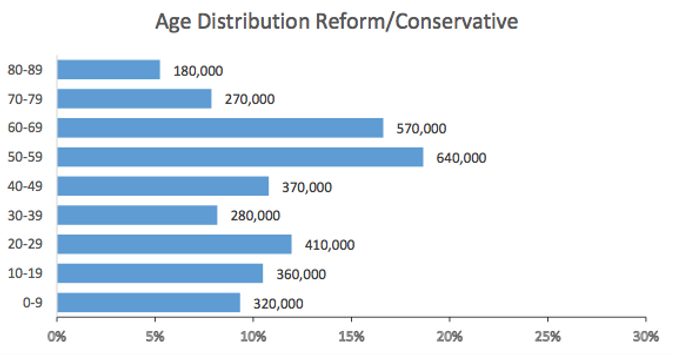 Turning to the Orthodox, we find wildly different trends. While just 40,000 are in their 60s, we have triple their number – 120,000 – in their 30s. And, perhaps even more astounding are the number of kids aged 0-9. They amount to 230,000 – over five times the number of people in their 60s. If 100 Orthodox grandparents gathered in shul, they could show their friends photos of 575 grandchildren on their smart phones (but not on Shabbat, of course). 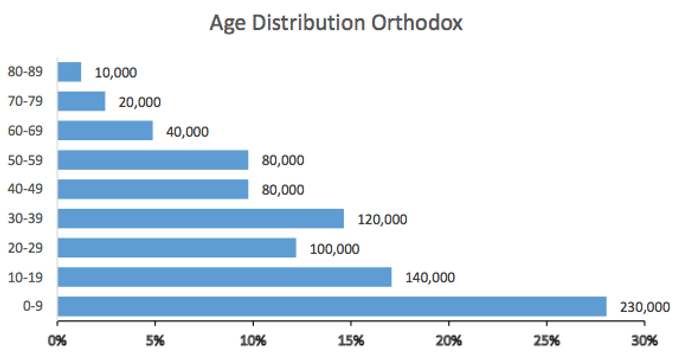 The data clearly show how non-marriage, intermarriage, and low birthrates have taken their toll on Conservative and Reform population numbers. If the Conservative and Reform movements are to arrest their declines, it means helping younger Conservative and Reform Jews find partners to marry and supporting their decisions to have children. It means encouraging more non-Jewish spouses and partners to convert to Judaism. All of these worthy goals can be furthered by more participation in Jewish day schools, summer camps, youth groups, trips to Israel, Hillel, Chabad on campus and other ways of connecting adolescent and young adult Jews to one another have. And, let‘s not forget that parents, grandparents, and rabbis all shape the Jewish lives of children, teenagers and young adults.

The demographic trends we described are already in motion and cannot be changed overnight. The American Jewish community is entering a transitional period, and in particular the Conservative and Reform movements are facing a rocky few decades that will have implications for many of the major Jewish communal institutions. We hope that a dose of hardnosed realism will motivate committed action so that we get through this period with our feet on the right path.

Steven M. Cohen is Research Professor of Jewish Social Policy at the Hebrew Union College-Jewish Institute of Religion. Mickey Gussow retired from The Johns Hopkins University Applied Physics Laboratory as a principal staff engineer. Edieal Pinker is a professor of Operations Research and Deputy Dean at the Yale School of Management.

Does Orthodox Explosion Signal Doom For Conservative And Reform?