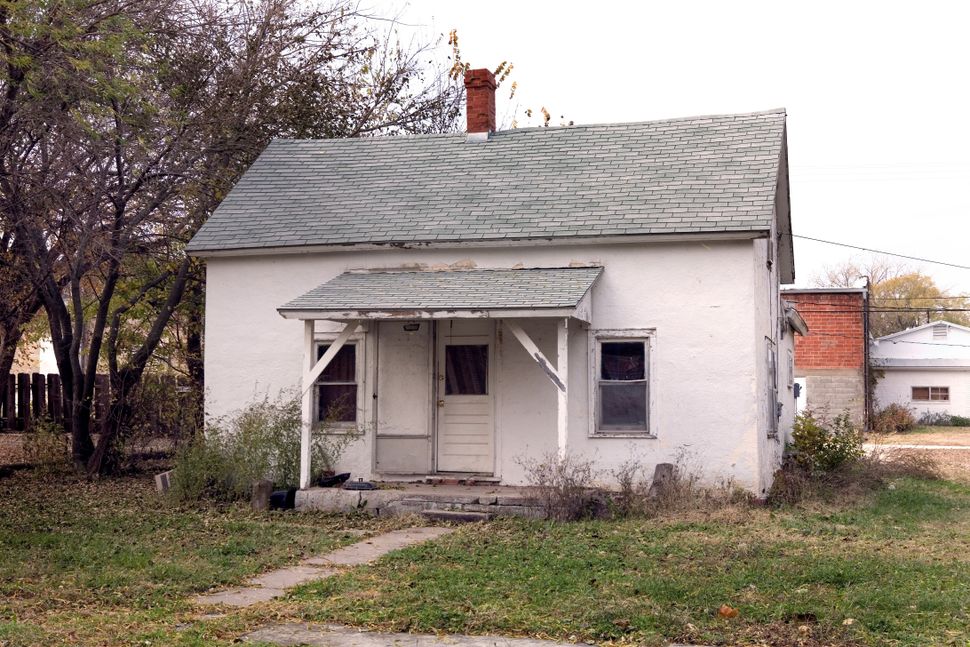 This essay is part of our ongoing series, Outside the Bubble: Class and Inequality in the Jewish Community. It explores the class divides in Jewish communities of all denominations, and the financial struggles belonging to these communities can incur. Please email your thoughts and essays to [email protected]

I know I am privileged.

I know – growing up in the United States of America in the 1980s – I am privileged just because of that happenstance.

I won’t get into race, but I know as a Caucasian American, I am privileged there as well. You can debate if Jewish American equals Caucasian American… but in many ways, there is little difference. And yes, I am male — so there’s that.

But, I also know I grew up around friends who — almost without question — had more (money) than I. I know I grew up in a Jewish community — first in suburban Boston, then in suburban Milwaukee — where I didn’t have the privileges many around me had.

My parents divorced when I was 2 years old. Now this didn’t specifically set me on a course to have less than my peers — but it didn’t help. I was raised as a single child by my mother, who worked as a social worker in a neighboring public school system.

I spent Wednesday evenings and Sundays with Dad, who owned his own dry-cleaning business. He was a present divorced dad. He made it by okay, but never was rich.

I went to a Jewish day school – Solomon Schechter Day School of Greater Boston; I attended Jewish summer camp – Camp Young Judaea, in New Hampshire. I am quite certain I always attended via scholarship, and I do believe my maternal grandparents were a big help when push came to shove. (My grandfather owned an auto parts store, and my grandmother was a school reading specialist — so while they didn’t have a lot, they provided what they could).

But I know the kinds of houses my friends grew up in – all over Newton and Brookline. I know the vacations they went on during winter breaks, when I visited my grandparents in Milwaukee.

At summer camp in New Hampshire, it was much of the same. It was always apparent who had CDs first, or who had Umbros (remember those soccer shorts?) first, or whatever the newest and coolest gizmos were.

And I always knew who had the most cash on hand for candy or food from our counselors.

After I graduated from Schechter in eighth grade (I lived in Framingham, my dad lived in West Roxbury — in the city), my mother and I moved to suburban Milwaukee, near where she grew up. My mother’s entire side of the family lived in the Milwaukee area, so it made sense for us to move.

And while my life got diverse for the first time, I also gravitated toward the Jewish community. And again, in that community, I noticed. And the older I got, the more I noticed. Again — the vacations, and clothes — and the CARS!

I never had a car in high school. It was never an option, it was never a discussion. My grandfather was retired and gave me many rides — and to have that, I was amazingly lucky.

But many times, I missed a ride and walked to school. Or I walked home from my part-time job at the local grocery store.

So, high school was really the first time that I noticed I had less. But I think I noticed it because many of my friends who had more were so oblivious about it. We’d be in the middle of hanging out, or in the middle of a discussion, and they’d just make some ridiculous comment about something they’d been able to do — with the assumption that, of course, I had the same opportunity.

And of course, I did not.

Again — I was not poor. When I was in high school my mom was diagnosed with breast cancer and was sick for about two years. But my grandparents were always present and always helped.

And I don’t know that I’d trade my childhood for anything. But I knew I had less — which wasn’t always a bad thing.

One specific instance does come to mind. When I was 16, I was not chosen to go on my summer camp’s Israel trip. At that time, you had to apply, and not everyone was accepted. I was a prime candidate to go — except that I had no younger siblings the camp had to woo. When I got the letter that I was not accepted, I was crushed. To this day, I am a bit wounded by this decision. And I absolutely believe finances played a role.

With all that, I think that’s how things go sometimes. It’s not the community’s responsibility to provide affluence. And living in America — that is part of how America works. Some have less, some have more.

Now, getting into the conversation about opportunity – that is a different conversation. And, in that conversation, I am almost embarrassed to say my privilege and opportunity are vastly better than for most minorities in our country.

I never felt poor. I never felt too bad. I know I was privileged, but I also know I often had less.

But I always had enough.

Mitch Nelles was born and raised in Boston and moved to Milwaukee in 1990. Nelles graduated from the University of Wisconsin. He currently works for iHeartMedia, and is the husband of Ellie Gettinger, and the father of Hallie, 7, and Nora, 4.5.